New Business: I have a special page for my new book, Trousering Your Weasel! You can order signed copies, or you can just amuse yourself by my ongoing attempts at web-wrangling without a clue. Hit the nifty Buy Here button in the sidebar to your left to find the page, or just click here. Also, if you’ve got anything to say about my book, please, go ahead and leave a comment. I can’t slap you from here.

Now that twenty children in Connecticut have died for our
freedom, a lot of folks have put their heads together for solutions. Certainly our
sacred liberty requires us to have to live with the sacrifice of a certain
number of innocents, but there is much we can do to keep the carnage within tolerable
limits.


Everybody can play a part: kindergarten teachers by keeping
a loaded gun in their desks, children by locating a matched set of parents,
homosexuals by dying off quietly. We all need to work together on this. First,
we need more guns. A simple adjustment to the teachers’ certification
requirements to include sharpshooting skills is paramount. The cost of this
extra training could be offset by eliminating the promotion of the homosexual
agenda, which would have
the added benefit of cutting down on hurricanes.
Next, we need to introduce good security equipment. Already
manufacturers are providing armored inserts for children’s backpacks, so that
they can be used as shields if the need arises. The line must be expanded to
include Kevlar juice boxes, which children can be trained to place over their
hearts, and tear-gas crayons, one per box. 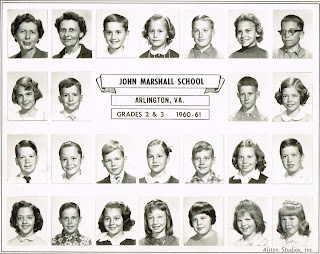 And that safe, nurturing environment provided by the legions
of smiling, female teachers? Gone. Theirs is a false security that does our
children no favors. It is vital to masculinize the school system, which is
currently far too passive and feminine. Male teachers must be attracted to the
profession in order to provide a certain baleful muscularity. Sure, we’ll
probably have to pay more for the really butch ones, but who is going to think
to attack a fortified grade school with male teachers and no homosexual agenda?
No one who isn’t suicidal. So far they all have been, but there’s a good chance
some atheist sniper out there is just out for a good time and hasn’t been
taught right from wrong.
Finally, if the kids themselves were armed, and properly trained—that cannot be
emphasized enough—it would only make them safer. In fact, ideally, one child in
every class can be rigged up with explosives, based on the results of
standardized testing. It might improve scores, too.
Well, any one proposal might have minimal effect, but taken
together, we’re on the right track here. I tend to worry that these measures
might make children fearful, but that’s because when I was their age I was
afraid of German Shepherds and the flying monkeys in The Wizard Of Oz. Today’s
children are much more advanced, and have had the opportunity to be habituated
to terror much sooner. We had only that blanket injunction against running with
scissors and accepting candy from strangers, and that seemed to cover the
available frights. We were backward that way.
So I reviewed my own grade school experience to evaluate the
new paradigm. Mrs. Erdman, my third grade teacher, might have done all right.
She was old and a little bent over, but she had a steady hand for sure, based
on her ability to demonstrate the Palmer Method of handwriting on the blackboard.
But it was Mrs. Rejuney in fourth grade who could see out the back of her head.
“Young man,” she would have said, without turning away from the blackboard,
“put that AR-15 rifle down this instant and go sit in the corner. I’ll deal
with you in a moment.” 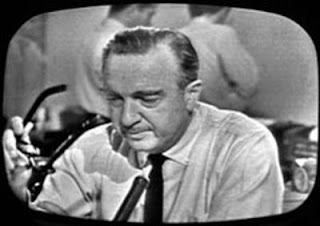 We did have one male teacher, Mr. Baker, who looked sort of
stern a lot of the time and did, in fact, scare me a little. I was glad I wasn’t
in his class. If anyone had thought about bringing assault weapons to his
classroom, they might have been advised that they had another think coming, and
no mistake. The only time I had any dealings with him was the day John Kennedy
was shot. I was in sixth grade. All of a sudden we were all hustled out of our
classrooms and into Mr. Baker’s classroom, where the only TV in the wing was
being rolled in on a cart. We stood and listened to the news, and when Walter
Cronkite took his glasses off and said our president was dead, I looked at Mr.
Baker, and his lower jaw just dropped. Just left the rest of his face, as though
everything that had ever held him together had come apart.
Not long after, I saw violence for the first time in my
life: two boys swinging at each other at the school bus stop. It scared me
woozy. If only I’d been exposed to more violence, I would have been less
afraid.
Although, less violence would have had the same effect.
By Murr Brewster|2021-11-09T21:05:33-08:00December 29, 2012|Uncategorized|65 Comments