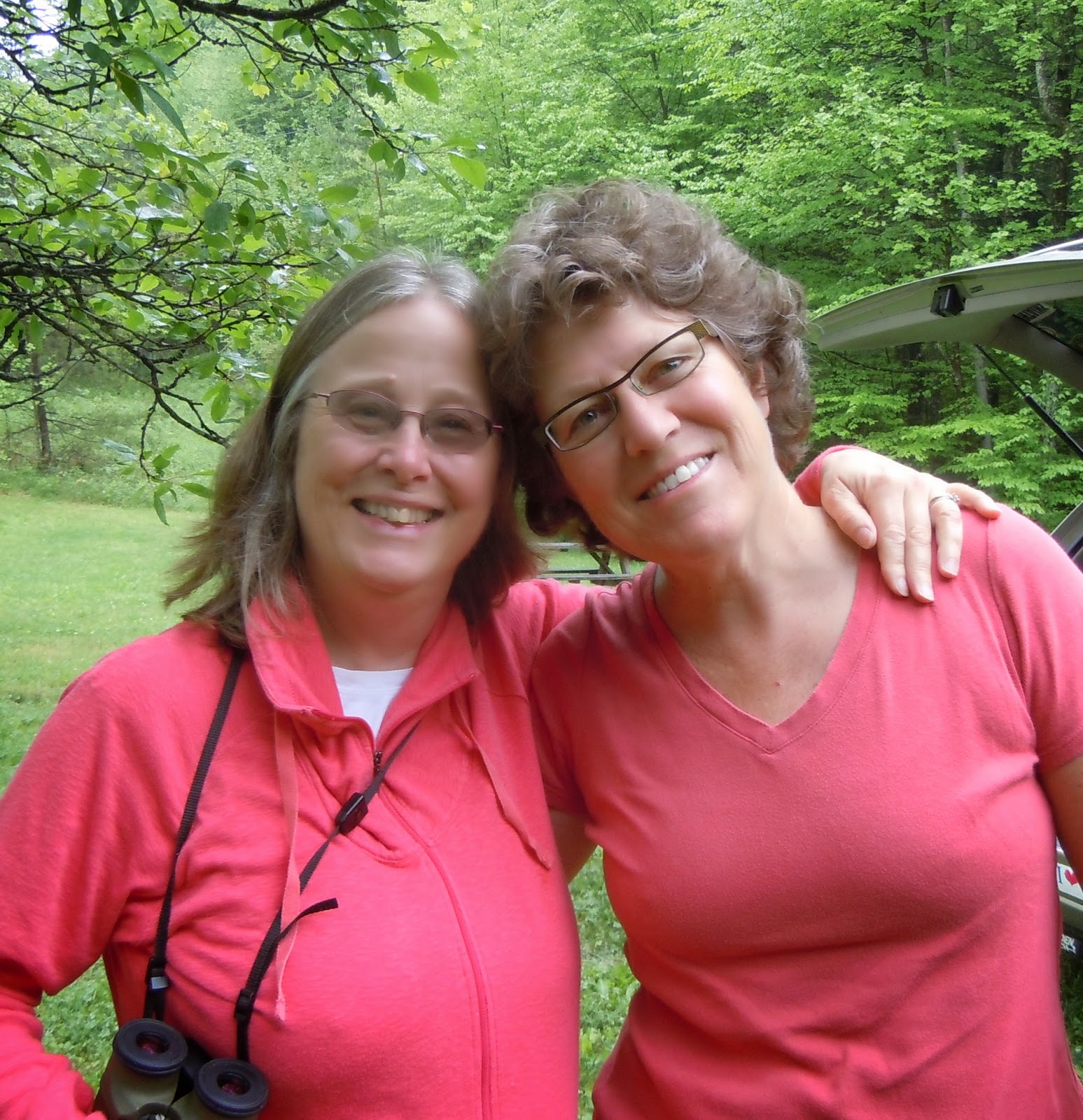 I don’t know what’s in our chickadee box. Whatever’s in there has been packed with bugs and caterpillars, and, lately, as parental exhaustion set in, fat chunks of suet from our feeder.

My friend Julie Zickefoose showed me a working chickadee nest this year; she’s like a realtor with the lockbox key. Her eighty acres are maintained with the welfare of birds in mind, so the whole habitat is conducive to baby-bird manufacturing–location, location, location!–but she’s also leasing a bunch of nesting boxes for bluebirds and chickadees and the like, and those subsidized birds on her property do not have as much privacy as mine. Dave screwed my chickadee box together solid. Julie’s have doors, and she opens them to check on things, after knocking politely first. There was a grass mattress with a hole in the middle and four speckled eggs the size of my little fingernail, and I keep my nails short. The idea is that an entire prospective bird is supposed to come out of each of those little beans. It’s pretty implausible. I guess they’re all folded up, and by the time they bust out, they look marginally like birds, or at least you could tell them from mice and such, but they also look a lot like loogies. What they don’t look like is a going concern.

I have seen brand new baby birds before, of course. They’re not real impressive, from a survival perspective. They’re not go-getters. They’re barely differentiated goo in a thin sac that  has all the integrity of a spit bubble. You can make out big goobery eyeballs so you know which end is up. And the parents definitely know which end is up, because the one thing they do have going for them is their giant yellow feed-me holes. This is where the bugs and caterpillars go.

They can just about hold their heads up to get the protein shoveled in, but they’re feeble. Then feather bits start piercing their skin from the inside out, and within days they’re all itch and bristle and desire. Before a week is out they are actually beginning to preen their new feathers, with good reason. They’ve opened their eyes and they can see they need sprucing up, because they still look like shit. Fortunately, it’s dark in the box, and there is no permanent psychological damage.

The thing is, the little suckers are supposed to be out of the nest in about sixteen days after hatching, 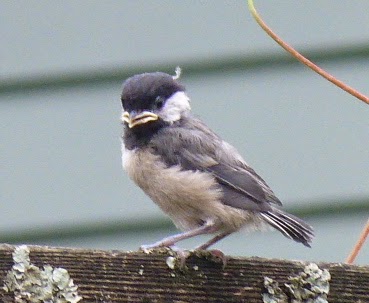 depending on this or that, but for sure they’re not supposed to be in there forever, and it’s been nineteen days now since we heard the first pitiful peepings of loogie-birds. Mom and Dad have hauled in about a hundred pounds of bugs and nothing’s come out but diapers. I don’t know if they’re the sort of bird that flies okay right off the bat. If they were in a natural tree-cavity they’d have options; could poke their heads out and hop around a little, hang onto a branch or something. But this box is right out in mid-air. Do we need to string up a net?

Worse, I have no idea what’s in there. Six baby chickadees? One big scary one? Paula Deen? All I know is if Mom and Dad keep bringing them their dinner every minute, they’re not going anywhere. They’ll be down there in the rec room with the X-Box and scratching themselves and not even working on their resumes. 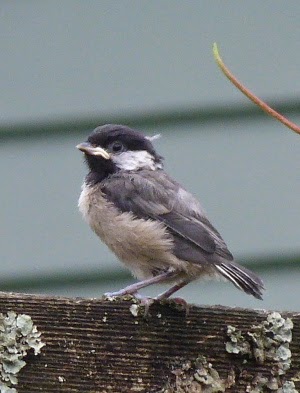 Update: one evening the parents began withholding bugs and coaxing them out. I didn’t see them emerge, but the next morning we saw a confusion of unkempt chickadees flying around upside down and in loops like Woodstock’s friends in Peanuts, and they managed to land okay on everything they blundered into. We are all very proud.