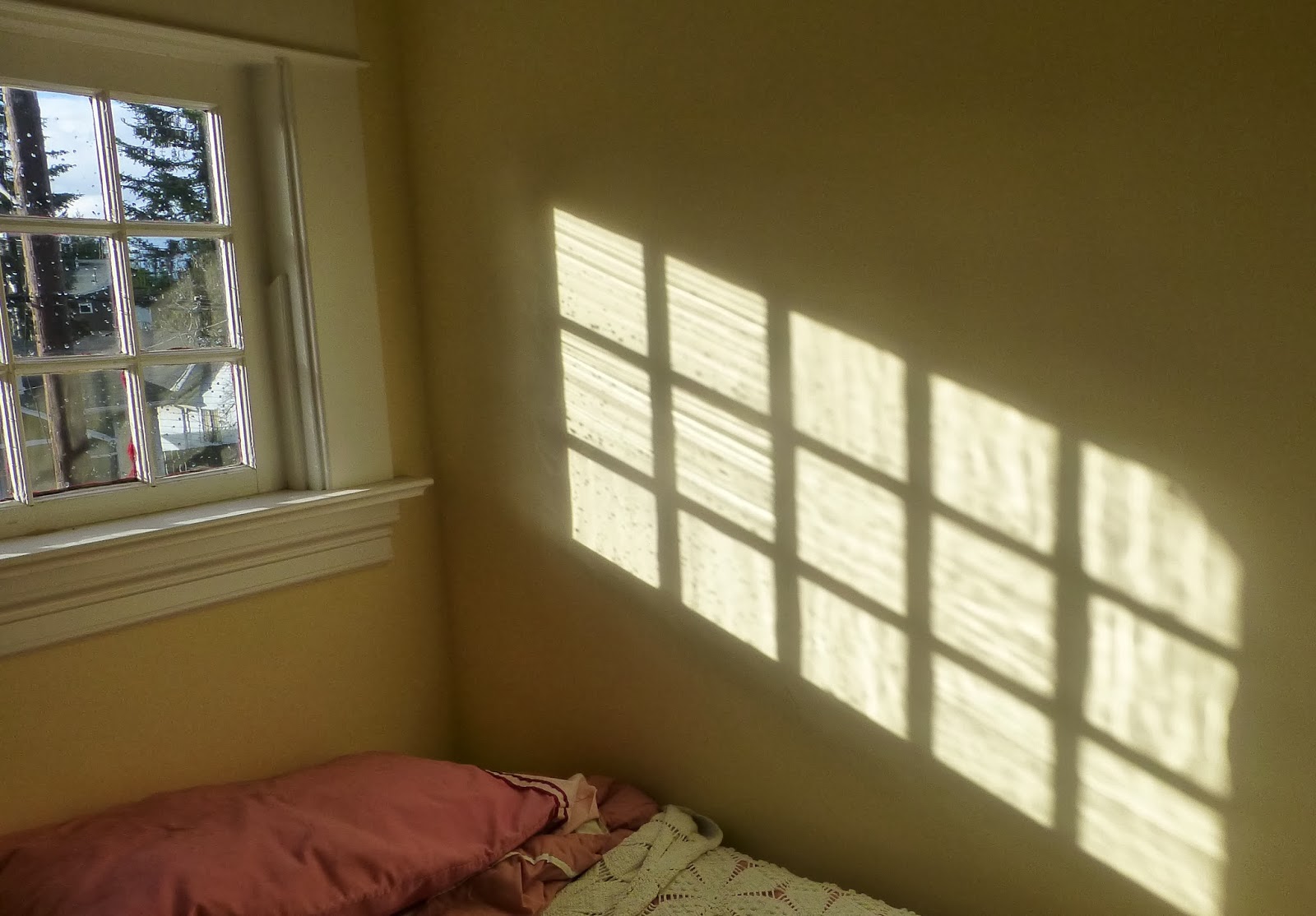 Many of you were probably paying attention the other day when I wrote a nice poetic segment about window glass rippling with the passage of time, only to have the notion ruined (not that I’m pouting or anything, but ruined) by friends Kat and Roxie who both pointed out that window glass is not a slow liquid and does not puddle up over time. And that turns out to be true. All the ripples in old glass were there when it was new glass, and it’s a natural consequence of how the glass was blown. Modern glass is manufactured differently and does not ripple.

And evidently this has been true for the whole time I’ve harbored the belief that glass sags. I learned it early. “In fact,” whoever originally told me said, “if you examine a pane of old glass, you’ll discover that it is thicker at the bottom than at the top. Eventually it gets thin enough to shatter in place.”

I might have squinted at a window then but decided it was too subtle for me to tell. And old glass does have a way of shattering. Just like new glass. Doesn’t matter. I loved the idea of liquid glass. I still do. I want to believe it. For lo, it is very good.

I do want people to tell me when I get things wrong. I have a reputation to protect. When people read here that a gang of caterpillars once stole the coin collection of a famous 19th-century entomologist and sold it to buy meth, I want them to be able to take that to the bank.

People make assumptions all the time and get proven wrong just as often. Remember the guys who set about to see which kind of cutting board was better at reducing bacterial contamination? They ran some preliminary tests on marble and plastic and went ahead and threw in an old-fashioned wood cutting board too, and much to their surprise, the wooden board was WAY better at staying clean than either of the other two, which were assumed to be better because they’re so much less porous. The bacteria were crawling right into the pores in the wood, like innocents in a dark alley, and not coming back out again. Wood murdered them. 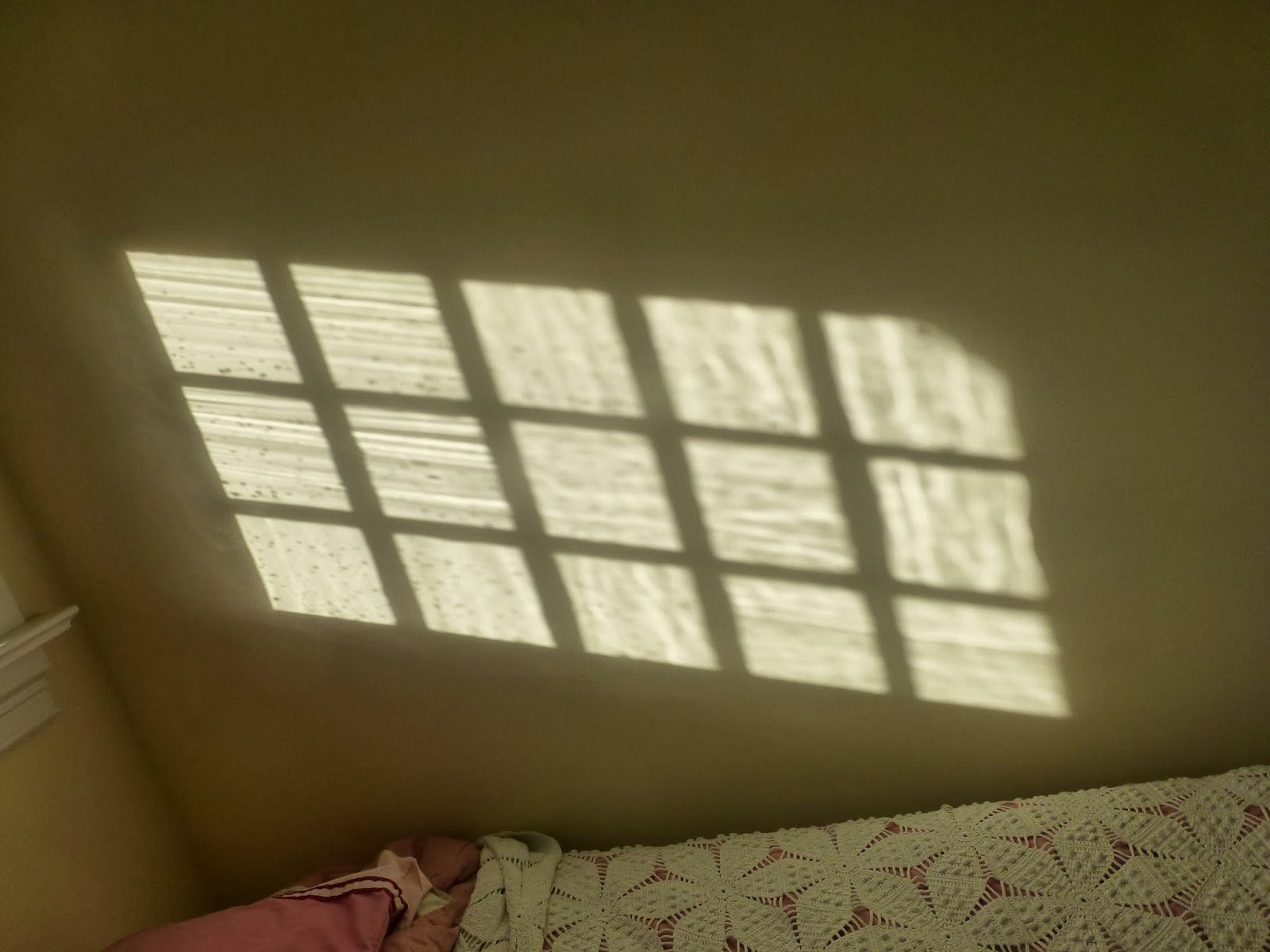 Some ideas are easier to let go of than others. I felt better about my wooden cutting board immediately. But the window glass! I loved the puddling window glass from the moment I heard about it. Not too long ago I observed that one of our old windows–one with fifteen separate panes–had some panes rippling horizontally and some vertically. It made no sense to me. It was clearly (ha) an original window, and our hypothesis about rippling couldn’t account for a vertical ripple. But did I question the premise? No. I wrinkled my brow and carried on. The weird thing about this is that it’s not even something science needed to solve. People who made window glass in olden times obviously knew it was rippled right off the bat. It’s something that got un-learned.

It would be like people now saying that cars from the fifties and sixties began to clank and rattle and smoke and sputter and die by the side of the road as they aged, when many of us are old enough to know they did all that when they were brand-spanking-new.

But oh, we cherish the cool ideas, even when they’re proven wrong. There are still people living today who think the world’s only about six thousand years old. You can’t persuade them otherwise. I really don’t get hanging onto that one though–the truth is so much cooler.