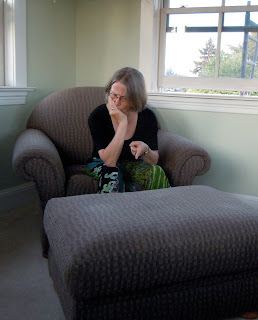 If you live long enough, your language begins to get holes in it. It’s like any other fabric you’ve nearly loved to death. Most of the holes in my home-team language have developed in places formerly occupied by nouns. I’ll be traipsing along in a merry conversation and suddenly I’m brought up short at the edge of a pit, looking into it for my noun. They come back eventually. It’s like how you shake out a sweater that you’d folded up from the laundry a while back, and out comes a sock that had been missing long enough that the mate had been thrown away. Same thing with nouns. You’ll be having a conversation and someone is going on and on about the plutocracy, and then something he says shakes up your brain-closet and a noun you were looking for days ago drops out. “OTTOMAN!” you shout, suddenly and irrelevantly, which does nothing to shine up your reputation for mental acuity. The point is, things turn up.

There’s no real point in looking for the word if you can’t find it right away. The other day I was looking for (it turned out) “celibacy,” when really nothing else would do, and I almost had it cornered (I’m pretty sure it starts with a “v”). It’s not an odd word, not one that should turn up missing on your average day; it’s the kind of word that probably comes in a twelve-pack at Costco, nothing unusual about it at all; but it’s gone for the moment and that’s all there is to it. There’s a word for this phenomenon, and I don’t remember what it is, but we might as well call it “dementia” because that’s what everyone else calls it. I got to wondering if dementia manifests itself differently in different languages. 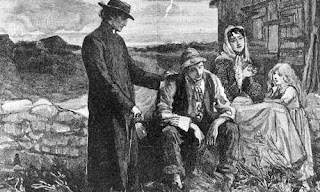 There are fundamental differences in the way languages are set up and they might even affect the way the speaker thinks. For instance, I am told that there is no word for “no” in Gaelic. If you speak Gaelic, you have to indicate a negative by recasting the question. If someone says “do you have new shoes?” and you don’t, you have to say “I do not have new shoes.” This simple deficit in Gaelic led to some terrible famines in days of old, when the Romans came through bearing platters of pasta and speaking a mile a minute and said “have you eaten?” and the Irish said “we have…” and that was that for the Romans–they kept on going and talking a mile a minute and didn’t stick around for the “…not eaten.”

My suspicion is that the Germans have the best setup for dealing with dementia. They already concoct their nouns as though demented and have a lot of practice. They would call an ottoman something like the thingonthefloorforputtingthefootsenonen, which is just the way I have started to speak. So nobody’s going to notice. By the time they get to where they can’t whomp up a noun on command, it works even better. The Germans start out their sentences by laying out all available nouns and then let you know what they want done to them later on in the sentence. They’re not going to get caught halfway into their thought and then pull up short, gesticulating wildly, face screwed up, so God and everybody can tell they’ve just blown a fuse. No, they won’t say anything at all; they can’t get a purchase; they’re thwarted from the get-go. They will remain silent. And be thought wise. 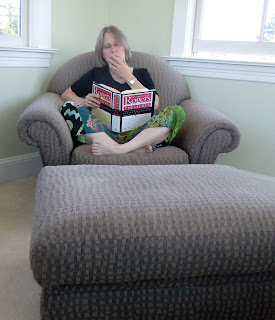