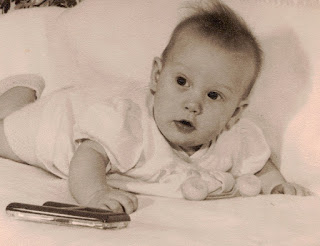 People invariably describe getting the flu as like being hit by a truck, in spite of the fact that a vanishingly small number of flu victims have actually been hit by a truck before. Of course, the tire tracks are a dead giveaway.

I remember years of not bothering to get a flu shot. I had the notion that I just wasn’t one of those people who even gets the flu, based on the fact that I’d never gotten it. And that worked right up until the year I did get it. It gave me a lot of clarity about how I felt about flu: I’m agin it. I’ve gotten a shot every year since then.

You can get free shots at the grocery store but we always walk to the Kaiser clinic because we’re happy with our health plan and like to consume as much doctorage as we can. For instance, if you go to Kaiser for a flu shot, they peer into a screen and tell you it’s time to get a colonoscopy and a tetanus booster and a derm checkup and a will, so you get a lot of bang for your buck. The other day we showed up for our flu shots and they said they were out of the Senior Big Boy Dose, although we were welcome to have the puny regular-person dose instead. Nobody peered at their screen to discover we were in fact over 65. I think they peered at us. Dave looks like Santa Claus’s skinny brother, I’ve got chin hairs and bingo wings, and we both think they don’t make good music anymore. Shoot us up.

The Senior Big Boy Dose contains more antigens. Seniors need them because their immune systems like to take naps. So we put it off until we could get the double whammy. Our arms are a little bit tender and that’s how you know it’s working. Our immune systems are all Whoa, up and at ’em, what day is it, where’s my glasses?


I loves me some vaccines. They’ve got vaccines for things I’ve already had and for things that didn’t even used to exist. They’ve got a vaccine for Rotavirus. That might be a Japanese sports car for all I know but there’s still a vaccine for it. You can be vaccinated as a teeny tiny baby for future teenage wickedness. Vaccines are the greatest medical breakthroughs since whiskey, which was developed just after the bone saw. 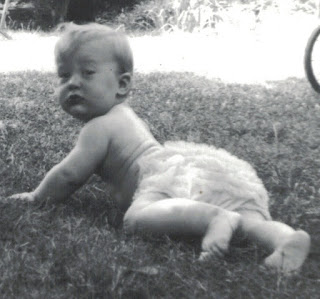 I haven’t had that many vaccines even though I’m a fan. That is because I went ahead and had the diseases instead. I had the mumps when I was a mere infant. I don’t know how they could tell. I’ve seen my baby pictures and I couldn’t have gotten much rounder than I already was. It must have been the loss of appetite. To this day if I say No to beer or food, you are instructed to call an ambulance.

That’s a problem. Vaccines have worked so well people are insufficiently worried about disease. So they’re declining vaccination in increasing numbers. There are so many rumors out there. And people really, really don’t want to be conned. They would rather get a life-threatening disease than fall for some government shenanigans or Big Pharm conspiracy. Nosirree, in a world where the nebulous “they” are always out to get you, many people refuse to get got. They’d rather get measles than get got.

There’s considerable evidence that Russians are spreading rumors about such things for the sole purpose of rendering the American population distrustful of any authority at all. Basically, the message is: don’t trust anything you see or hear. Journalists are out for themselves. Scientists think they’re better than everyone else so they make shit up just to mess with us. This politician is spouting bullshit, but then again they all do. They’re all the same. There is no such thing as truth.

Which means you can be made to believe anything. Once your critical skills have been scraped out of your cranium they’re free to insert pudding instead. And this time I do mean “they.”

Well, when it comes to the truck description of getting the flu, I guess it’s the suddenness they’re talking about. The BAM aspect, followed by everything hurting. You feel pretty much okay, maybe just a little off, and then you’re abruptly not okay, and you might never sleep right or feel good again. I don’t know about getting run over by a truck. But it does feel like the last presidential election.