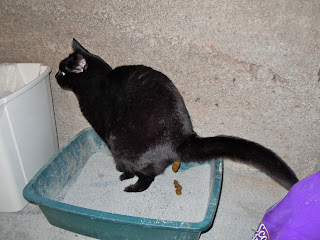 Our cat Tater is a litter box whiz, unlike our previous cat Larry, who was less fastidious. When it came to distributing poop, Larry was a Democrat. But Tater is robust and productive and not at all private about pooping. She likes you to watch. After she’s done, she turns around, looks at her output, and then scratches away. Not at the litter, but at the little plastic-lined wastebasket right next to the box. When we take the baggie out once a week to the garbage, it’s shredded to ribbons. There’s some kind of primal instinct going on here, but it’s not very relevant. It’s a little off-topic, in fact.

Tater’s scratching of the bag and not the litter might seem like a case of cognitive dissonance, but that’s only from our standpoint. From hers, she knows all she has to do is poop, and it’s somebody else’s job to clean up after her while she goes and sits in the sun.

This is one of the reasons we’re pretty sure she’s a Republican. She’s got nothing at all on Wisconsin governor Scott Walker, for instance. Governor Walker took over a state with a $120 million budget surplus and immediately engineered a $140 million tax break for out-of-state corporations. Then he declared a budget emergency and said it was the fault of the unionized state workers. Scratch, scratch.

He’s not interested in winning appropriate concessions from the workers. He’s interested in taking away their right to organize altogether. 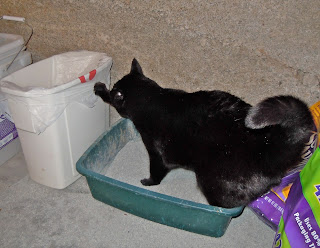 Unions seem to have a bad reputation these days, and they’ve got their problems, but they’re a big part of what kept this good middle-class economic engine going for as long as it did. Until a bunch of people fought and died for the right to organize, workers didn’t have much to say about their working conditions  or wages. Employers could pretty much write the ticket, especially if they were the only game in town. But, after banding together, workers were able to negotiate for a living wage, maybe health care, maybe even a pension put aside. Even their peers who were not unionized benefited from the standards they set. It wasn’t a way to get wealthy, but it was a way to make a decent living, and all over the country, communities thrived, full of decently-paid workers and the people who sold them merchandise and services. Plus, most of us got weekends off.

Organized labor was one of the last remaining impediments to the concentration of all the wealth at the very top. But it has been much weakened, by design, resulting in a predictable narrowing of prosperity. People were encouraged to think of their homes as cash machines and the economy still raced around for a while like a cartoon coyote that zips over a cliff, before it notices that there’s nothing holding it up.

This situation flourished because regulations were cast aside and a whole new pirate fleet set sail, folding and packaging securities into derivatives and other unrecognizable instruments. Nothing real was created. Some people skated away with all the money, and the rest of us were left buried under a collapsed pyramid of financial origami.

So the Republicans campaigned against regulation and cut funding to the Securities and Exchange Commission and the Consumer Financial Protection Bureau. Scratch, scratch.

Tax cuts in the Bush era diminished total income by almost three trillion dollars. So the Republicans concluded that tax cuts grow the economy and called for more.

They hate budget deficits, so they enshrined tax cuts to the top 2% and added $700 billion to the debt. 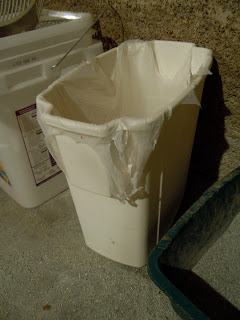 They’re taking a good hard look at the laws of physics to see what might be done to loosen them up.

Undermining workers’ ability to band together may have nothing to do with helping the economy, but it does help elect Republicans so they can sit in the sun.

They don’t even care if you watch all this shit come down. They’re not even covering it up, and it stinks. We’ve still got to clean it up and get it to the curb, but it gets harder and harder when the bag is shredded.