So Much For The Blessed Meek 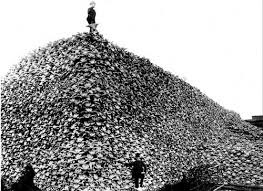 It’s recently come to my attention that God gave Man dominion over the earth, which explains everything. The news came in the context of a typical political Facebook thread and was stated flatly and irrefutably. Which is not to say I couldn’t refute it–just that my arguments would be as seed cast upon stony ground.

Four-plus billion years on this marble and everything was coming along so nicely! Little sparks of ingenuity happened all over, and sure, there are always winners and losers, but anyone with a little resiliency did pretty well, overall. And then we came along and began to chisel out our own little niche, as one does. We couldn’t fly, and we weren’t fast, and we weren’t strong, and we couldn’t see or hear particularly well, but we were clever. So we got even cleverer. In fact, at this point your average human ape is smarter than your average other ape. That’s a fact. That doesn’t mean that there aren’t some exceptional apes that are cleverer than a whole shitload of humans, and don’t make me name names. So this is just a broad generalization. 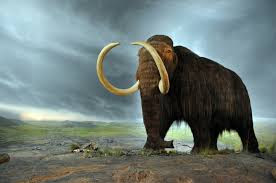 Still, as interesting as the big clever brain turned out to be, there were some early signs of trouble. Every single place we went, the large animals went extinct. One after the other. You can actually map the migrations of humans by the extinction dates of the big critters. Africa has the lion’s share, as it were, of those still remaining. It is thought that since we evolved in Africa alongside the big animals, they had a chance to learn how to avoid us. But when we cast out for the hinterlands, the resident megafauna had an unfortunate tendency to walk right up to our big clubs and spears. The thousand-pound thunder ducks were doomed. The giant sloths. Mammoths. Wooly rhinoceroses. Saber-toothed cats. Giant beavers and short-faced bears. But we were just getting started. 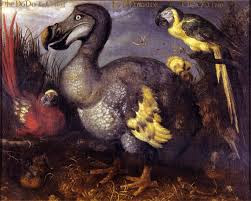 Not saying it’s necessarily causal, but everything really went to hell when we began to write. It wasn’t the overuse of adverbs or the lack of an arc, either.

First it was just bookkeeping and accounting, like tallies of sheep and grain stores and such, and writing puttered along for a few thousand years, but then, boom! Bible time. The Bible itself dates back to either 400 BC or the Beginning Of Time, depending on who you ask. Claims to authorship are similarly all over the map. In any case, the important thing to note is that on the first day, man created God. 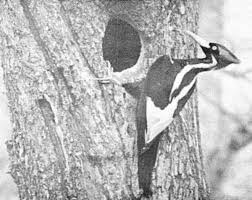 I don’t mean to get anyone in an uproar over God in any of his or her specifics.  You can believe anything you want, and fight about it with whomever you want, and I’m staying out of it. But this particular Bible-God was definitely created by man. How can we tell? First thing, he was created in our own image. What are the odds? What is the chance the Creator of the Universe looks like, say, Donald Trump? I’ll tell you. Zip. But here we have a God who looks exactly like us, only souped-up. Right there, the fix is in. Right away, we’ve given ourselves a supernatural legitimacy that we totally did not earn. 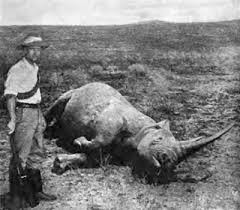 Then we started writing the dialogue. And that’s where that self-dealing really comes to the fore: we’re the only critters with a soul, because God blew it into us while we were still dusty. Which means we have dominion over the fish of the sea, and the fowl of the air, and every thing that creepeth upon the earth. It’s all ours, baby. You couldn’t get a better deal if you put all your cronies in power and had them write the legislation. And now we can take everything including ourselves right up to the brink of extinction and beyond, and it’s all okay because God put us in charge, right there in Chapter One, when we made him.

What a hell of a waste of a fabulous brain to take it just to the point in evolution where it can admire itself. Because then that’s all it does.