Spare The Hotrod And Spoil The Child 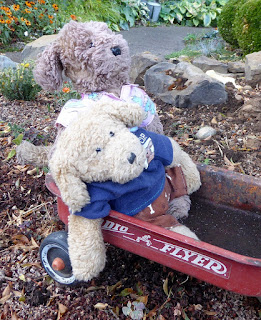 If you’re raising kids these days, you’d best toe the line. We know a lot more about parenting than we used to and we’re all willing to jump in–as a village, you might say–and cluck at you if you’re doing it wrong. Don’t think we won’t. We will raise eyebrows and widen our eyes in your direction. Or, you know, call the cops and have your kids taken away, depending. If you spank your child, say. Or vaccinate it, or refuse to vaccinate it. Or even for such a mild transgression as Springfield native Alana Nicole Donahue recently committed.

She got in trouble for towing three children in a plastic wagon with a short rope attached to the bumper of her car. Reportedly she was doing 5mph in a roundabout, and just continued to go around and around, but that’s only sensible when you consider that the wagon had no brake, for Pete’s sake. It’s not like you can just stop, so you pretty much have to commit. Which she probably was smart enough to recognize after she began by towing the kids through the neighborhood at 30mph. The two-year-old got all upset when the wagon briefly went up on two wheels but toddlers are notorious sissies, as everyone knows. Anyway apparently a number of citizens who hate freedom and have the nanny state right in their contacts list got Ms. Donahue in trouble. 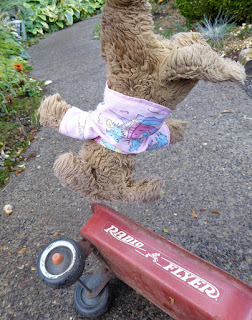 The two youngest were her own children and the eight-year-old was a nephew. All in the family, and no harm done. It’s all a big to-do over nothing much; what else are you supposed to do when you’re just trying to watch Family Feud in peace and the kids are all whining that they’re bored and you don’t even like your sister’s kid and you’re two and four years too late for an abortion?

Maybe the case can be made that this particular genetic patch could use some weeding. But the fact is we’re raising a bunch of pantywaists. Gone are the old days when the neighbor lady would send us to the corner store for a pack of ciggies. “Run,” she’d say, “and take the scissors with you. They need to get some air too.” Nothing was all that sharp in that house, not even the knife that was set aside for digging the toast out of the toaster. We learned what was dangerous by experience, which is by far the best method, for the survivors.

But we were very safety-conscious. On snow days we’d always test the sledding velocity on Suicide Hill by sending the skinny kid with the flippers for arms first, because he was the most likely to be able to slide under a car unscathed and he was always cheerful no matter what. We were rinsed off only once a week, on Saturday night, but we were regularly exfoliated, old-school, using asphalt. We got sent out to play kickball in the street and also World War Three, which involved throwing rocks, after being duly warned not to do anything that would put an eye out. As far as I know no one did put an eye out, or take candy from strangers, and if there was a little culling of the population here and there it didn’t upset anybody for very long. Stuff happens. That’s one of the lessons.

But you start siccing the po-po on some poor woman just trying to show the kids a good time, who may not have the money to buy them each a personal digital device to stare at, and you’ll end up with adults that don’t know a damn thing about centrifugal or maternal force. And they’ll never be able to handle Boston traffic. Sissies.