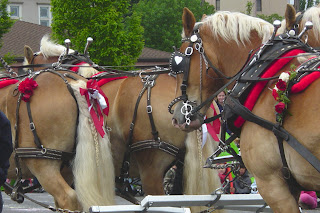 Regular readers may have surmised that I recently spent some time in a jet seated next to someone with marginal control over his own phlegm. Those readers would be right on the money. Over four hours of time I spent, in fact, strapped into a narrow seat fifteen inches away from a snot-snorking, loogie-rattling middle-aged dude with a cache of post-nasal drip that he was augmenting with regularity. I’m sorry–were you eating? Neither was I.

And instead of being random about it, he had also adopted the Chinese water torture aspect in which the event occurs at predictable intervals–in this case, every forty seconds. You become so attuned to this nasal rhythm that you tense up in anticipation at around thirty-two seconds; at thirty-nine you have become rigid with dread. Relief at forty-two is oh so temporary. After the first cou

ple hours the only recourse I had was to attempt to hypnotize myself by watching Two And A Half Men. Tough times call for tough measures.

So I nearly jumped out of the window when the dude, out of nowhere, abruptly turned to me and said, “In 1964 I braided horses’ tails for $25.”

Silence. “The eagle flies at midnight,” I said cautiously. Satisfied, he returned to his mucus-herding project for another half hour. Then:

“Do you do yours yourself?” I was at sea. Then he pointed at my braid.

I have long hair that I customarily fold into a French braid because otherwise I would spend my waking hours splitting the ends. This is a dreadful compulsion that I had when I first grew my hair out at age twelve. I spent much of my adult life with very short hair and then was relieved to discover that I’d gotten over the hair-splitting thing when I grew it out again in my fifties. But I hadn’t. It’s just that, what with the presbyopia and all, I could no longer focus on the ends at shoulder-length; but a few inches later I was right back at it.

I told the dude I did my hair myself. “How do you keep it so centered?” 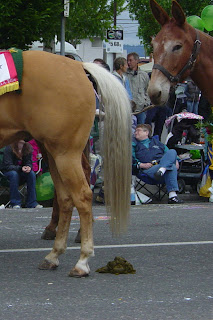 Huh? I use the hands on the ends of my arms, which are the same length.

Phlegm-ball production resumed and I excused myself. How long are you allowed to spend in the lavatory on a plane? Shortly before landing, he leaned towards me and said “You should do horses.” No one has ever told me that before.

It is really saying something that the least objectionable part of this flight was the fact that my hair reminded someone of a horse’s ass. However, I got a different perspective on that when I saw a picture in the paper of a fellow manning a plow behind a pair of beautiful draft horses. He was Mr. Duane Van Dyke, and he is the president of the Oregon Draft Horse Breeders’ Association. He maintained, and I quote, “When you plow with these horses, you can’t get much closer to God.”

Well, he was sure close to something. I guess if God speaks through a whirlwind and a burning bush, his voice could come out of anywhere.