Stamping Our Feet And Demanding Our Cake 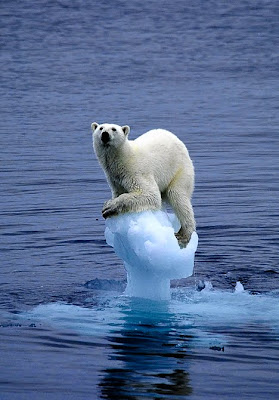 The leaders of the world have come and gone and we’re still getting nowhere with this global-warming business, and I totally blame Rudolph.

Here in Portland, we’ve had this big uproar over a large neon sign downtown. There’s a white stag on it from back when it was owned by the White Stag clothing company. At some point, someone plonked a red bulb on its nose for the Christmas season. People loved it; they went all gooey inside over it. When the sign changed hands, the new owners were prevailed upon to keep the stag, even though they sold china, just so Portland could still have its nose. I mean, folks were getting upset. This was messing with tradition. The stag stayed. Then a few years later the sign changed hands again and holy hell broke loose over the possibility that the stag would be lost. A city commissioner, taking a break from that tiresome schools-funding issue, proposed that the city buy the sign for $65,000 just so that Portland might never suffer a lack of seasonally adorned deer. Because it’s always been there.
Well, actually, the stag dates to 1969, when it replaced a White Satin sugar sign. I still remember the fuss when the china people bought the sign. Perhaps I’m in denial, but I find it sort of annoying that anything could be thought of as a sacrosanct tradition that isn’t even as old as I am. But that’s the nature of people. We believe in our traditions so strongly that we’ll eat stuff we don’t even like as long as it’s traditional. Norwegians scarf down lutefisk at Christmas as though it didn’t taste like something a crab would spit out. They say they like it, but they couldn’t possibly mean it. 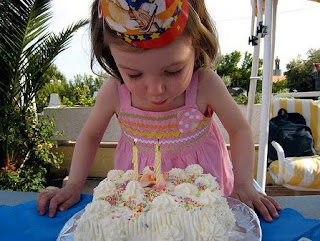 Even a child as young as three is capable of claiming traditions, stamping her feet and insisting on the same birthday cake she’s had her whole life. Our perspective tends to be limited by our own experience entirely. The actual song Rudolph the Red-Nosed Reindeer, for instance, is older than me by four years, so that’s a solid tradition. Because–write this down–history began when I was born.
That’s where the global warming comes in. We are either faced with the likelihood of a man-made cataclysmic change in climate which can only be averted by a serious global application of political will, or it’s all a bunch of hooey concocted by a conspiracy of 99% of the world’s scientists who don’t think they could get a grant otherwise. 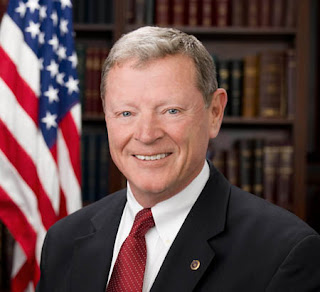 That is the view promoted by James Inhofe (R), a petroleum-based senator from Oklahoma, who reminds us that just a couple weeks ago we were all complaining about how chilly it was. In other words, this is just another he-said, everybody-else-in-the-world said situation. And if so, who should we believe?

Here’s an even better question. Why would scientifically illiterate people bet the ranch–all the ranches–that the world’s scientists are collectively goofing on us?
We living things are all bundles of stored energy, although just between you and me, some of us are dimmer than others. But let’s say we pile up mountains of organic material, just like us and maybe several continent-sized expanses of swamp; say we do that for thousands and thousands of years, and then say we press it into a concentrated sludge for a hundred million more years. Now, what say we then suck it up and set it all on fire in a few decades. Why wouldn’t we think this might have an effect on the atmospheric status quo?

Why, because all we know is that for our entire lives–forever, in other words–we’ve been able to get in our cars and roar off to the grocery store five blocks away and buy a banana that grew halfway around the planet. It’s natural. Isn’t it? Two hundred years after Lewis and Clark, we stand in line preparing to take a cross-country trip that will last six hours and whine about having to take our shoes off. In fifty years, some kid will be waiting inside the human teleporter and he’ll smack the side and say “Come onnnn.” That’s how we are. We have no concept of how unusual fossil fuel is and how special our tiny sliver of history is. Nope. All of this is totally normal. Not only that, but it’s our birthright. If we were not meant to sit around in shorts and a tube top watching TV in the middle of the winter, God wouldn’t have put all that oil and coal out there for us.

And we feel it is somehow our due that, after another terrific scare, the nose on the White Stag sign lit up once again this year according to sacred tradition, right on time, a week before Thanksgiving.
By Murr Brewster|2021-11-09T21:31:33-08:00December 19, 2009|Uncategorized|10 Comments