Sticking With What Works 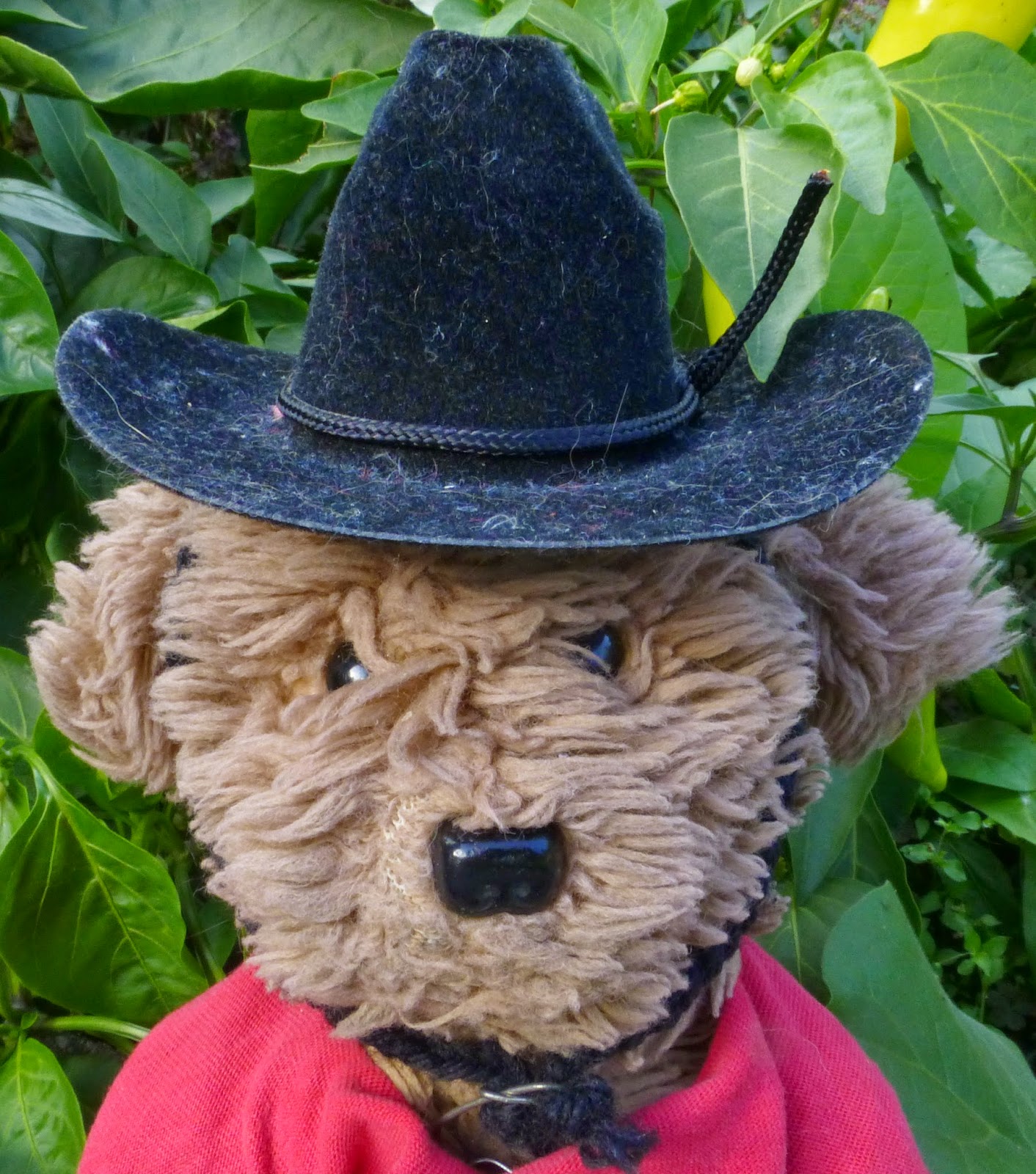 A Texas man has sued a daycare center for damages after its proprietor was discovered to have duct-taped his child to the floor during nap time. Attorneys for the defense noted that the duct-taping was discovered only after their own surveillance cameras revealed it. “If we hadn’t gone to the expense of installing security in the first place, to monitor gunplay and non-custodial interference and the like,” defendant said, “none of this would have come to light. And if a child is duct-taped to the floor and there is nobody there to peel him up, can it be proven that adhesion has occurred?” Defense further stated that plaintiff’s spawn was not himself duct-taped to the floor, but merely his blanket, into which he had been expertly folded and sealed in accordance with industry standards.

“It doesn’t matter,” said plaintiff Earl Ray “Ray-Ray” Ray, indignant. “That there is theft of intellectual property, plain and simple.”

Mr. Ray had already run trials of the duct-tape child security and escape prevention system in his own home and in the homes of grateful neighbors. The system appeared to be functioning as visualized, and a startup for the Juniorator 5000 was to have been announced in the next year. 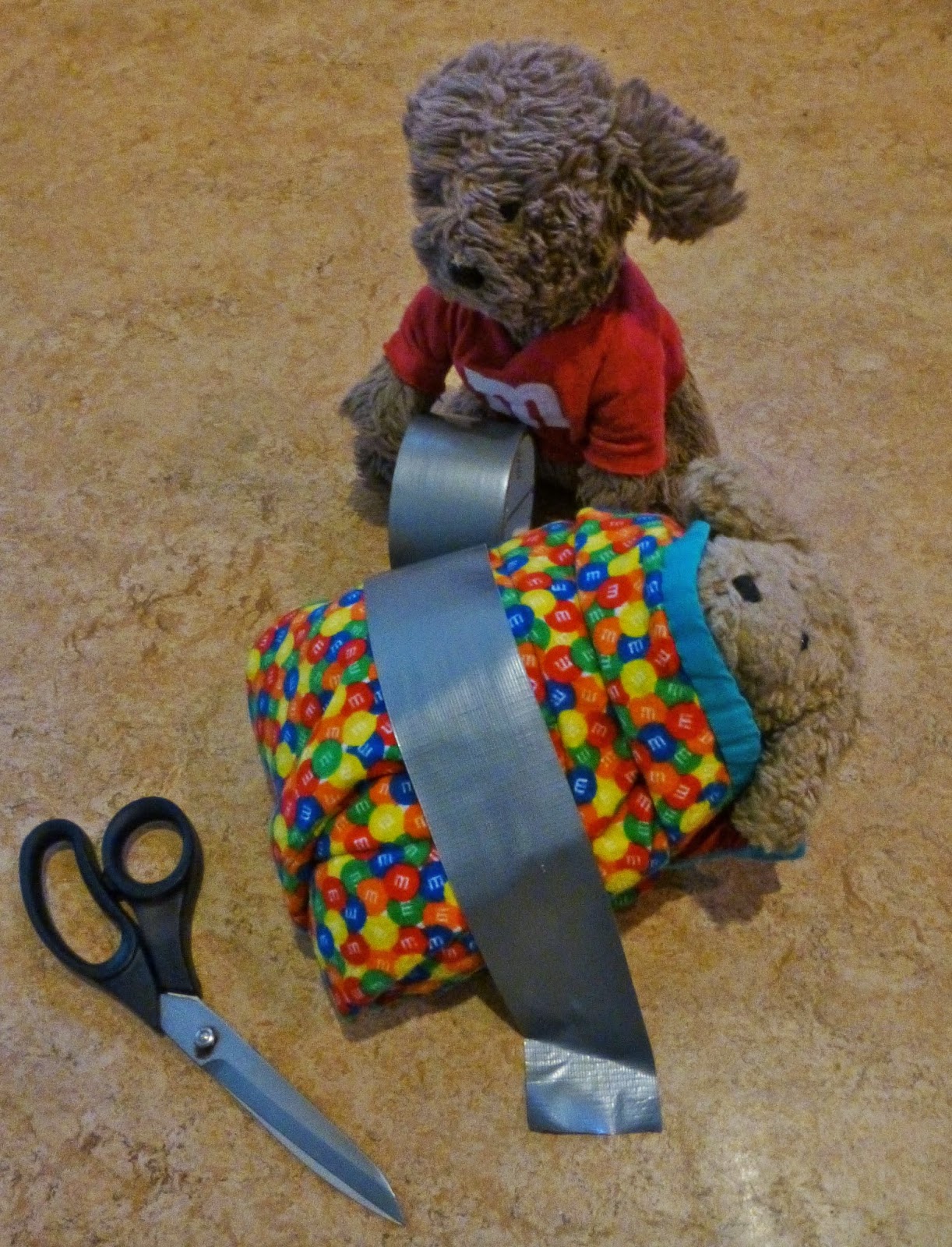 “It fills a need,” Mr. Ray explained. “Maybe in your fancypants neighborhoods, anyone can afford to install a Velcro wall and buy matching vests in sizes 2T and up. But we’re here for the real Americans.”

Witness for the plaintiff Molly Ray Bygolly nodded enthusiastically. “I can’t always rely on my harness and leash,” she said. “I got things to do. Oh, sure, over there across town you’ll see mothers trotting after their Tylers or their Sophies or what-have-you, pleading with them to turn around before they hit the intersection, and offering them the choice of skipping or leap-frogging back,” she said. “But I need yanking capabilities and I need the Juniorator. I don’t have all day–I gotta go to work.”

Mr. Ray nodded. “This is America,” he said. “We don’t all of us have cellars, and them what do don’t always have the jingle to hire a locksmith. There needs to be an affordable alternative for parents like us.”

He raised his shoulders. “I mean, what have we got left? The gubmint is already fixin’ to outlaw spanking. Twenty-four other countries already have, they say. Like we ought to be doing what all the other nations do. Well, that’s all we need. Bunch of kids running into traffic yelling ‘fromage, fromage.’ BAM!” He illustrated his point with fluttering hands, followed by a fist pounded into his palm. 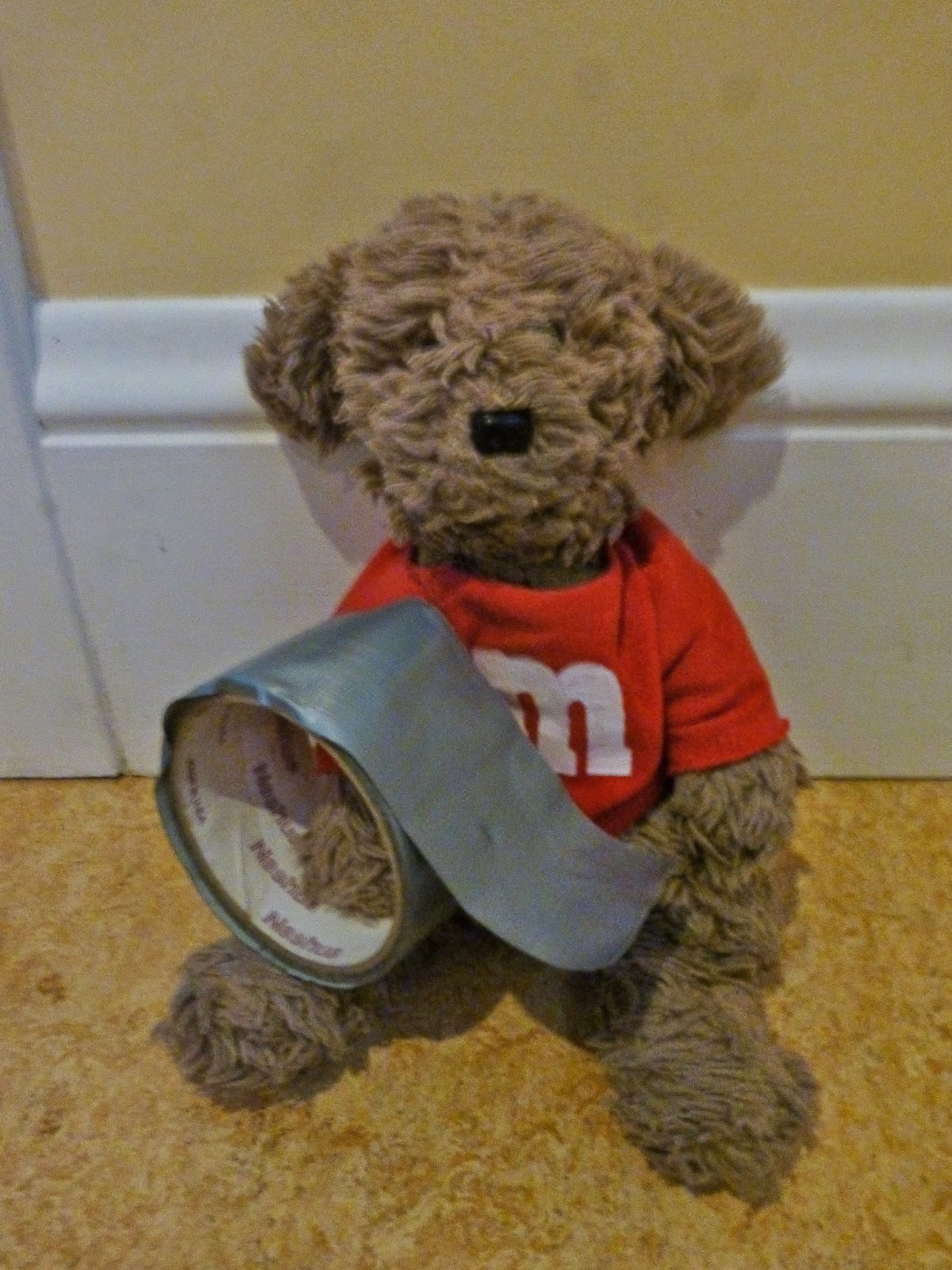 Mr. Ray’s father Earl Ray Ray Sr. stumped in, folded his arms and sat down in the witness stand with a commanding thunk. “Candy-asses,” he said, with a curdling stare toward the defendant’s lawyer. “All of ’em. Hell, we didn’t have the niceties when we was coming up. This ‘un here, he came out okay, but he was only one of eight. My mam and pap had fifteen or sixteen, originally, depending on whether you ast Big Earl or one of the middle Earls. All I know is you learn to play it straight when you’re in a family of more kids than your parents can count. We come from a long line of butchers, and Pappy could keep track of ten of us at first, but once the fingers started to go, it got dicey for the littlest ones. Nobody’s ever gonna miss little Earlene, or Raylene neither, but if we’d had duct-tape technology, we might have saved ’em all. Might have saved us a No Bell prize winner,” he said.

Earl Ray Ray Sr. paused, tapping his chin with a stub, and regarded his son thoughtfully. “Probably not, but maybe,” he mused.