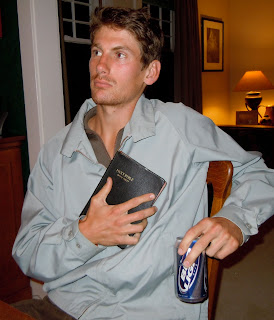 In the wake of the finding by Judge Vaughn Walker that California’s Proposition 8, outlawing gay marriage, is unconstitutional, we have heard from a number of aggrieved organizations and individuals, none more aggrieved than Leviticus Primrod, chairman of the limited-rights advocacy group the Institute Of Minding Everybody Else’s Business For Them. Although Mr. Primrod had a tightly packed schedule, he agreed to an interview:

LP: We are dedicated to seeing that civil rights are not extended to Sodomite-Americans.

MB: All right. But how is that your business?

LP: We make it our business. We’re always thinking of the greater good, not focusing on narrow self-interest. It’s called “outreach.”

MB: It says here in your brochure that “a life-long union between one man and one woman is the only good environment in which to raise a child.” Scientists such as those in the American Psychological Association do not agree. 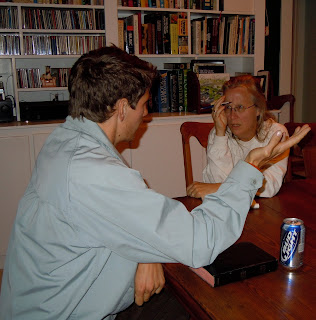 LP: That’s elitist science, science promoted by a non-representative and tiny segment of the population, the highly educated people. We have our own science. We perform thought experiments. That’s what Einstein did–you may have heard of him.

MB: I have. He was a member of the highly educated elite. You can’t have it both ways.

MB: What does “fungible” mean?

LP: [short silence] It has something to do with mushrooms. We select only the finest facts, and we work tirelessly to ensure there is darkness and plenty of suitable…substrate…for them to flourish in.

LP: Precisely. We here at the IMEEBFT have conducted numerous thought experiments in which we imagine ourselves in an elevator with a Sodomite-American. We have done this over and over, and we get the same result every time. Consistency: this is how we know our conclusions are sound.

LP: We perform thought experiments all the time. It thoroughly creeps us out, and also makes us feel funny in the tummy. Every time. We can’t stop thinking about it.

MB: And this is the thought experiment that leads you to endorse discrimination.

LP: Listen. It only makes sense that two gay men cannot be trusted to raise an adopted child. What if it’s a boy? That child is in danger.

MB: Is your daughter in any danger from you? 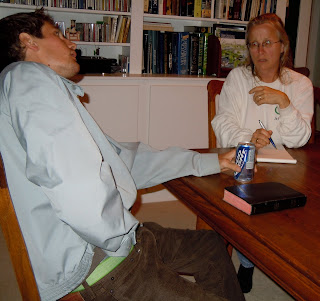 MB: So if it is in society’s interest to restrict child-rearing to one man and one woman in a life-long union, are you planning to agitate for making divorce illegal?

LP: That would be the ideal, yes. But there are competing interests at stake, namely a man’s God-given right to dump the bitch if she gets fat or mouthy.

MB: Indeed. I have noticed that you rarely refer to lesbians. Do they figure in any of your thought experiments?

LP: [shudders] Never. I do not care to dwell on women who are too fat or mouthy to land a man.

LP: Now, if they’re hot…I’ve seen some–some films of a documentary nature. I have to give them one thumb up. Way up.