Take This With A Grain Of Basalt 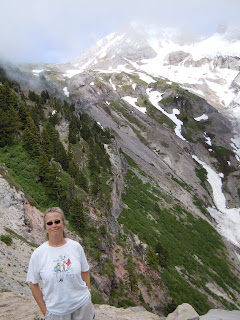 I think everyone should be required to learn the geological history of their particular patch of the planet. It helps drill home the notion that life did not begin on the day of one’s own birth, and that, by corollary, we should not keep thinking we are so special. This is important. When we, as a group, begin thinking we are so special, we make decisions we might regret later.

I’ve been working on my own education. And what I’ve discovered is how many spectacular ways you could be dead right now if you’d started out 150 million years ago in Oregon, assuming the old age didn’t get you first. Oh sure, you’d have to contend with earthquakes and volcanoes just about anywhere, eventually, and certainly here, but we’ve had catastrophes other places can only dream about.

For starters, you’d have been screwed almost everywhere in Oregon 150 million years ago unless you could tread water for a very long time. There really wasn’t anything to plant a flag on. There were bunches of coral reefs and volcanic islands dotting the vast sea, happy and tropical, with no aspirations whatsoever to be welded to the landscape, whilst the Americas and Europe and Africa were jammed up and hunkering nearby. But once the Americas got the notion to make a break for it, it was Westward Ho at ramming speed. The islands, meanwhile, were moseying east, all unawares, and then, suddenly–like over the course of sixty million years–they were mashed into the continent. A bunch of them are currently mountains in the northeast corner of the state, and the rest are currently mountains in the southwest corner of the state. The ocean used to lap up against Idaho. Now, we get to have the shoreline, and Idaho has potatoes and white people.

Meanwhile, the bulk of the ocean floor had no choice but to dive under the continent, after scraping off its volcanoes–for which we are grateful, because it is ever so fun to find fossil seashells at 9000 feet–until it got deep enough to melt something fierce, and ralph up brand new volcanoes. A lot of the landscape just sort of accumulated between the other bits, as shallow seas grew ever shallower and eventually dried up. This is normal everyday stuff you might encounter in any state, and if it killed you, it would not kill you spectacularly. But then! Boy Howdy! 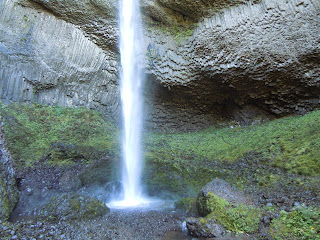 Lava! But so much lava that it flowed so thick and stayed so hot that it pushed all the way across the state, traveling at about three miles per hour. So sure, you could outwalk it, if we ignore for the moment that the 3mph is an average speed, and that it was probably a lot zippier at first, and that you probably can’t walk 600 miles at a whack. But let’s say you keep up a good pace: that crap is going all the way to the ocean, and there you are, not only drowned, but cooked in steamy hot water like a chicken nugget. And if that particular flow didn’t get you, there were lots more. This went on for three million years, and you probably didn’t. 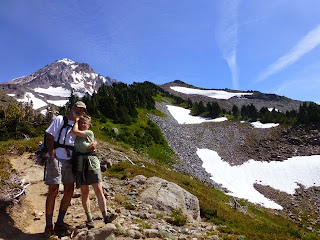 down to the valleys. Feeling lucky? Surprise! Floods. And floods that Noah had no chance of riding out, no matter who he thought he had in his corner. 300-foot-tall walls of water coming through at 65 mph over and over for two thousand years. You’re toast. Grab your little dinghy and kiss it goodbye.

But if you’ve made it this far, hang the hell on. Any day now we’re going to shear off and head up to Alaska. It’s going to be a bumpy flight.