TEN WAYS TO LOOK LIKE SOMEONE ELSE! I COULDN’T BELIEVE #4! 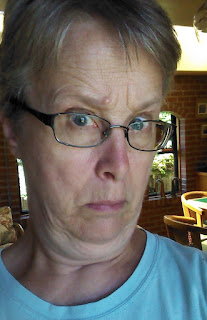 You know those things in your sidebar that say stuff like “PLASTIC SURGEONS DON’T WANT YOU TO SEE THIS ONE SIMPLE TRICK FOR LOOKING TEN, TWENTY, EVEN EIGHTY YEARS YOUNGER”? I don’t usually click on them. But this one drew me in. It said “Do you ever wonder if your time to shine could be behind you?”

If anything behind me is shining, I want to know about it.

Turns out it was a message from an authentic, self-renowned plastic surgeon, and he had some amazing news. He said there are not one but two factors making people look older–and most people are unaware of the second one!

But no! The first one people think of is “wrinkles.” And the second, and more mysterious and devastating one, is Gravity. And this here fellow says there’s something you can do about it. NASA’s going to shit their pants.

I actually was aware of the gravity thing, myself. Some of my body parts that used to be on a strict no-miscegenation policy are now intimately acquainted. If my breasts sag any more I’m going to be able to snap nylon stockings onto them. But what can be done about gravity? I read on eagerly, imagining myself bobbing attractively in the air like a Macy’s balloon.

The good doctor went on to assert that most of us think people are looking at our faces, when in fact a full 57% of what they see is the neck. Well he lost me there. That’s bullshit. If anyone is looking at me at all, they’re getting at least 80% neck. I have a small head but a huge neck. It’s like a big bag of pudding. My head and neck look like a Macadamia nut wearing a hoop skirt. Whenever the nut nods, the skirt sashays.

Even though my new plastic surgeon friend had lost credibility, I continued to read nearly all the way to the end. Turns out he’s hawking some kind of anti-gravity cream. It’s fancy. It’s European. And it’s less expensive than plastic surgery. Maybe not a lot less, but less.

In principle, I’m in. But I’m going on the cheap. I’m going to get a tub of Vaseline, and then I’m going to rub it on your eyeglasses.