The Answer, My Friend

We just had a big wind. It was something that got ginned up in the South Pacific and then spun through the Aleutian Islands, and then Alaska flang it back down to us, and it was something. The house groaned and the wind roared like they were in a sumo match, outcome unknown. I tend to enjoy these events, up to a point. It’s exhilarating, until you realize that those are all your next breaths out there, and they might be whipping by too fast to catch them.

They say that those sustained strong winds will drive a person crazy. Technically, this is not true. What really happens is that all the non-crazy people are inside behind thermal windows with a toddy, and that makes the crazy people easier to spot. But it is true that there is something deeply exciting and spooky about wind. Because you can’t see it. All you can see is garbage cans flying past your house and trees bending over and hats shooting off people’s heads like popped corks, and any one of those sights would freak you out if you weren’t already familiar with the concept of wind. It’s like an invisible hand is pushing everything around.

Religions have been founded on less. I mean, look: here we all are, inexplicably, and there’s all this stuff, and it’s moving around, and we’re being blown about in ways we can’t understand, and most of us just feel better if we have someone to pin it on. Preferably, someone that is a lot like us in familiar ways, only much, much bigger. I’m as fascinated by what I see around me as anyone else, but I personally get no juice out of that particular notion. It’s an unsatisfying explanation. It just passes the buck. 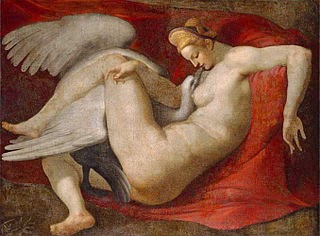 Of the many traditions that postulate the existence of the way, way larger Beings pushing everything around, I’m most comfortable with the ancient Greeks’.  They at least observed that all kinds of shitty stuff happens to people who don’t necessarily deserve it. So they figured the gods were just having themselves a fine time amongst themselves, and if someone gets his liver pecked out or gets swan feathers in her hoo-hoo, that wasn’t really any concern of theirs. We’re game pieces; we’re collateral damage. In contrast, people who plant their flags on the idea of one single really, really large Being–one who is presumed to be affectionate and have our best interests at heart–those people get themselves all pretzeled up over their own misfortunes. We take everything so personally.

One of the times we had a huge windstorm, a 100-foot-tall Douglas fir tree came down on the deck of our cabin. Then another came down precisely on top of the first. Then another. We had three gigantic trees stacked up right alongside the house and they only nicked a little flashing off the roof. This is the sort of thing people like to think of as a miracle. We weren’t home at the time, but we take things so personally that even the preservation of our real estate holdings gets to count as miraculous. I call it dumb luck. Even if there were a really, really large Being in charge of aiming a falling tree, who’s to say the effort was on our behalf? It could have been the grand comeuppance of a naughty chipmunk who was overdue for a smiting. It all depends on your viewpoint, and it pays to have more than one.

Now, if the wind ever blows the Cubbies into a World Series championship, that would be a miracle.