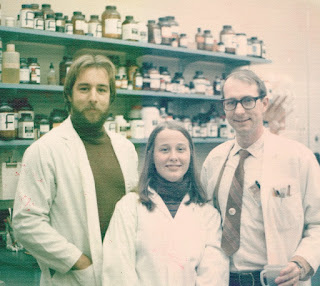 That first year in this house, although I had swept up plenty of tiny little dropped hints, I didn’t lay my eyes on an actual working mouse for several months. I was on the phone with my friend Katie at the time, and I saw it zipping by in the kitchen, and, if memory serves, I yelled EEK and pulled my feet up on the sofa like a girl. She talked me down and stayed on the phone until  I had walked into the kitchen and looked around, because she suspected otherwise I’d be stuck on the sofa all night with a bladder full of beer, which was true. Even then I was more comfortable with invisible mice than audacious ones.

Which makes no sense. If there is such a thing as collective memory in a species, there should have been no mice anywhere near me. I had recently spent two years of my life dispatching lab mice in violent ways, and even though those days were over, any alert mouse should have gotten a creepy feeling as though there were little white mouse heads on toothpick pikes all around the perimeter. That image should have been wired right into their brains. And I’ve seen their brains. Lots of them. So there’s no reason I should be afraid of a mouse. It should work the other way. It’s all context, I suppose. Plastic boxes of biddable mice in a lab are one thing, and a single mouse with an agenda in my kitchen is quite another. 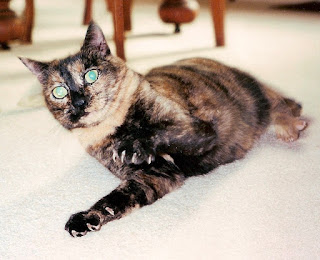 They still startle me, but I got used to them. We don’t get all that many. And we’ve had a cat for almost thirty years.  Not the same cat. Larry was very interested in chasing mice. I don’t know if her eyes were that good. She’d track one down, and it would skeeter out from under her and head for the hinterlands, but she could not be peeled away from where she’d seen it last. I’d get exasperated to the point of picking her up and lobbing her at the specific hinterland I knew the mouse had gone to but she’d snap right back to her legacy location. Basically, Larry was always going to be the last kid picked for the mousing team.

Tater is more businesslike. She’s caught a few of them, and, unlike Larry, she renders them inoperable right away. She’s a Git-R-Done kind of cat. The other night we found a gigantic mouse stiff on its back in the basement. Saints be praised, Tater is apparently not the type to drop prizes on the bedcovers. 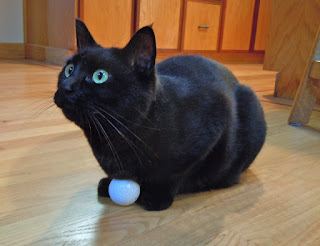 We haven’t gotten enough mice to keep her entertained, over the years. But this year might be different. Just as soon as it gets dark out, things start scurrying. There are ominous scratching noises behind the wallboard. There’s thumping. Someone has set up a bowling alley in the basement rafters. There’s a party going on in the crawl space and another on the roof. They couldn’t make more noise with a vuvuzela. Skittering is one thing: I have no desire to know what’s making all this racket.

And that was before something moved into the attic above the kitchen. Whatever it is, it’s big. And gallopy. I snuck a peek through the access door, but slammed it shut again as soon as I saw the disco ball. The furniture has been shoved aside for a Twister mat. I hear pinball. Back when I was feeling more optimistic, I thought it was a squirrel. Then a bunch of squirrels. Or rats. Or some major rodent. Or a raccoon, which isn’t even a rodent at all, but an animal so untrustworthy no other mammal wants to share a genus with it. But even raccoons aren’t capable of hauling in a billiards table and getting it leveled. This sucker is loud. This sucker is huge.  I did an internet search. Biggest rodent. I think it’s a capybara. There’s a capybara in our attic. 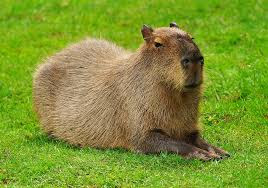 I don’t know how a capybara managed to squeeze into our attic. But when you think about it, squeezing into our attic is no big feat for an animal that walked all the way over here from South America during fire season. And I have no plans to get the ladder and flashlight again and have a look.

As always, invisible works for me.