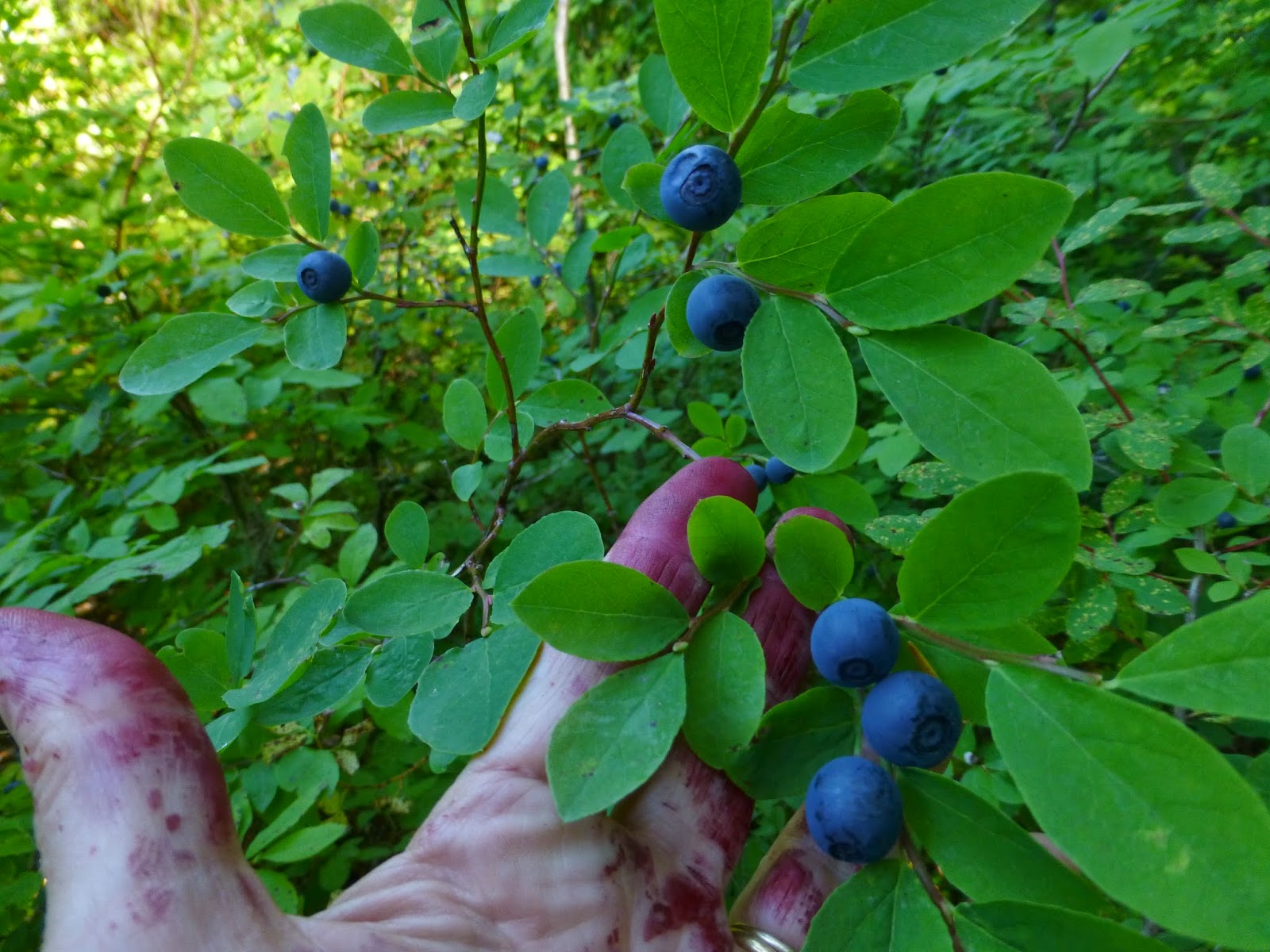 So this is how it works. At the end of summer, you go up to the mountain to get your huckleberries. You pray for one pieful and hope your humility will be rewarded with enough for two or three. The berries are tiny and sparse, sapphire-rare, and you drift languidly through the bushes like a T’ai Chi dude, as attentive to a blue speck as any miner looking for a flash in the pan. An hour later you can still see the bottom of the bucket. If you drop a berry, you get down on your hands and knees to track it down, trying to keep your tears out of the bucket. 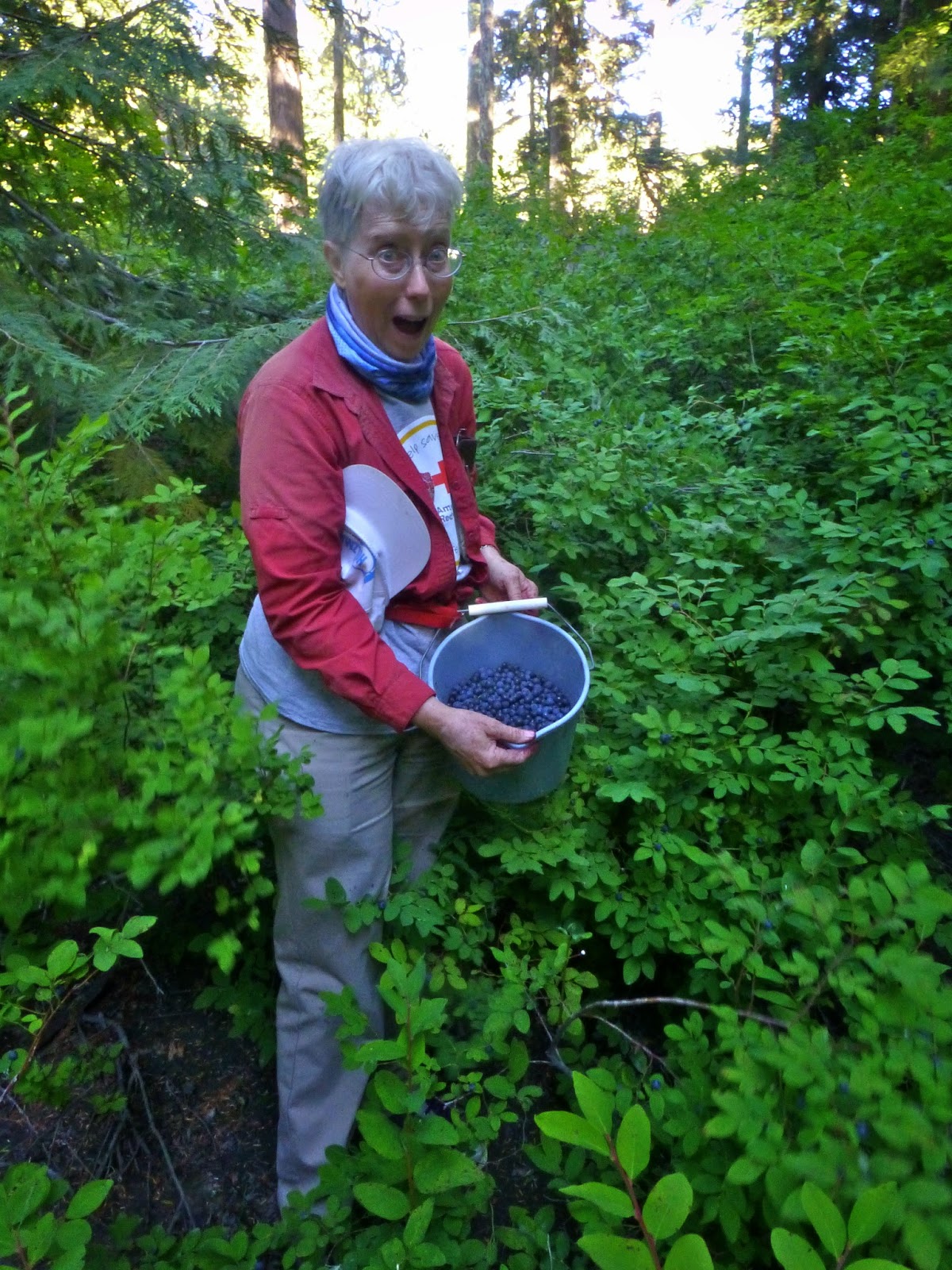 Some years they seem plentiful and you scavenge a gallon over the course of six or eighteen hours. Some years your huckleberries are (botanically speaking) in the Theoretical family. No one has a clue why fortunes change from year to year, but people speculate. There was a late snowstorm. El Nino was in a snit. The Berry Goddess was having her nails done or seducing a televangelist when the fruit was supposed to set. No one knows.

And then there was this year. Mary Ann (purveyor of the World’s Finest Salamander Hardware) and I pilgrimated to our usual spot and found ourselves hip deep in a sea of blue. I thumbed berries into my bucket; it sounded like a drum solo. After a while I quit picking the ones I’d have to bend over for. Later I narrowed it down to the ones in the strike zone. Then I passed up the bushes on uneven terrain and sought out the ones with a nice flat spot in front of them. Then I quit picking the large berries and concentrated on the huge ones. 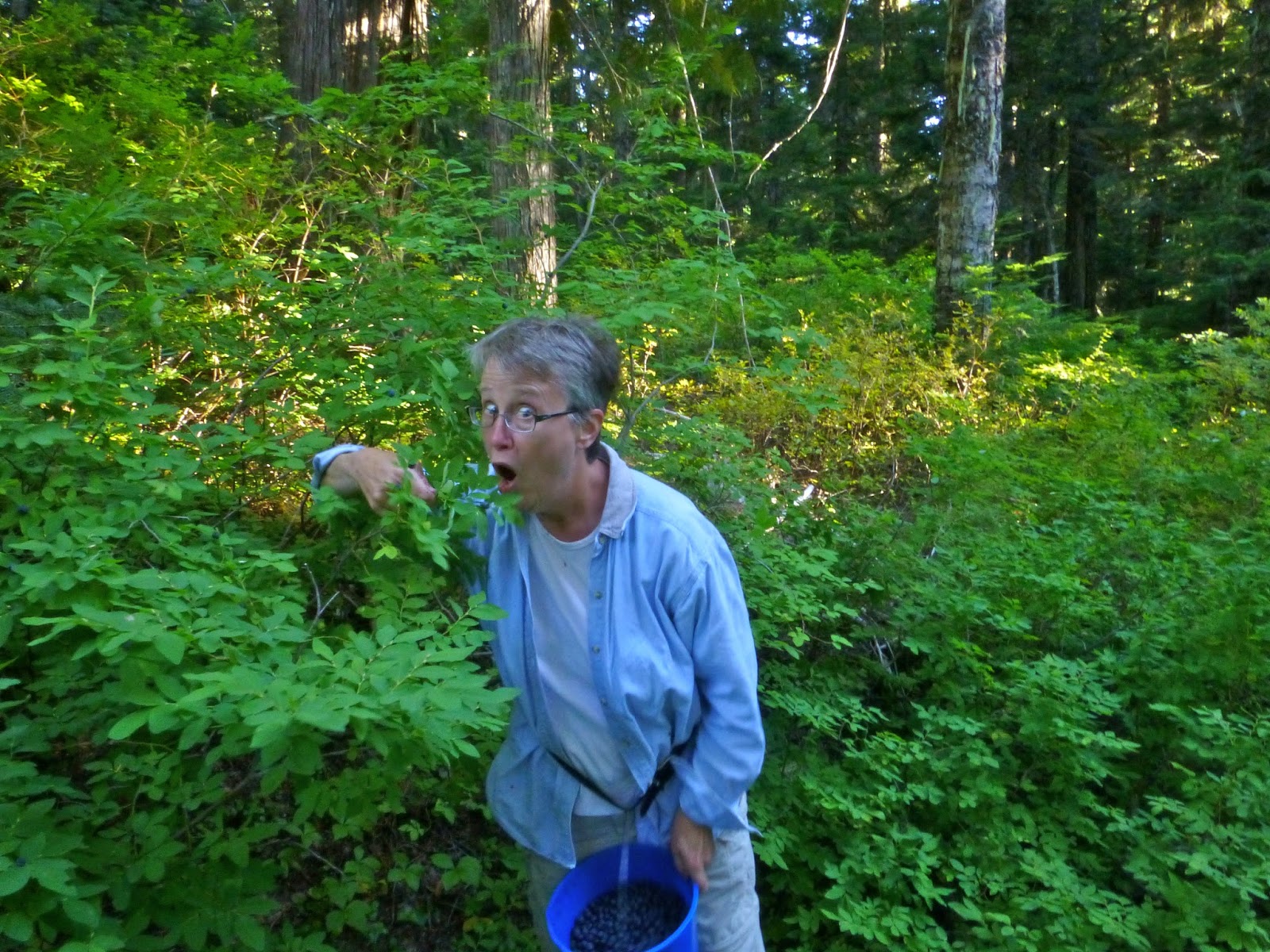 By noon I was patronizing only the bushes that waved their little limbs in the air and said yowza, yowza, yowza. A short time later I was ignoring those in favor of the shrubs that offered free checking and a toaster. Towards mid-afternoon I limited myself to the berries that did a swan dive into my bucket when I passed by. An hour later I began ejecting them if they didn’t execute either a tuck or a half-twist on the way in. I held up an explanatory card as I punted them out: 3.2, too much splash.


I began to hold out the largest ones so they would not make my pies lumpy. They’ll be cut up for steaks and chops and put in the freezer. I ran out of containers for the rest and decanted them into the side pockets of my car. 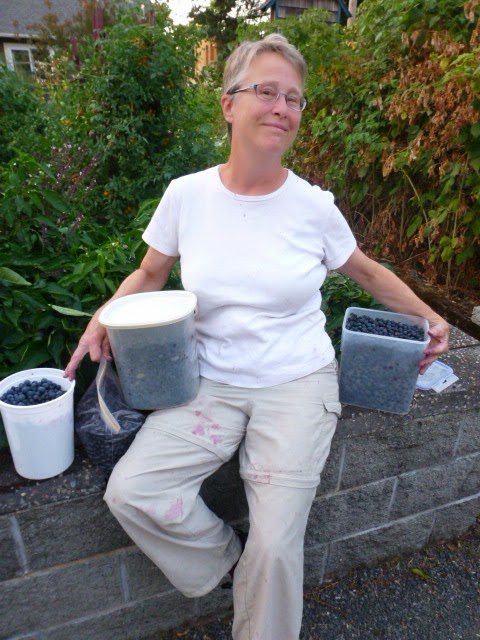 I have room in my freezer for four pies, or one more pie than I have the serenity to make. I have enough berries for about twelve. There is no reason to keep picking, but I do. Somewhere in this glade I will find a bush with pie crusts on it.