The Crone Is In 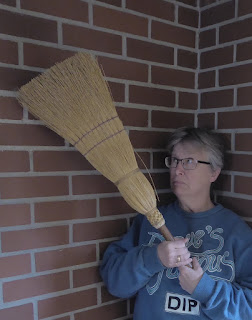 “That’s why old ladies’ houses are so messy. We can’t see it, and we don’t give a shit.” That’s what my friend Gayle says.

I never did have good eyesight, but I’d say the number of shits given tracks closely and inversely with age. And the number of shits given has a lot to do with how much we care what other people think of us. The older we get, the less we care. Personally, I think either people have a decent enough opinion of me, or they’re wrong, or they may be right but I don’t give a shit.

There’s another aspect to it. If I’ve gotten to be this age without keeling over, I assume I’ve been doing things okay. The dust mites in my pillow aren’t going to take me down. The spiders who are enjoying my hospitality and my disinclination to use the vacuum are not interested in biting me. 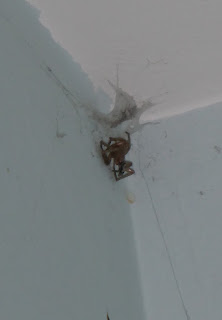 So consider this a warning if you want to drop by. You will find a friendly cat at the front door and lots of beer in the fridge. Dave will have seen to it that the toilet is clean. But you’re not going to find the toilet seat lid down. If it is, I’m either indulging your delicate sense of vulnerability, or I had to stand on the toilet to reach something. But it won’t be because I really believe the toilet sprays fecal matter all over the bathroom every time I flush. Because I don’t believe that. Even if I’m wrong, it hasn’t made me sick yet.

As far as I’m concerned, I’m part of my own ecosystem, and I don’t want to mess anything up as long as everything’s going okay. I don’t believe that ecosystems work because Nature designs them that way. Nature doesn’t plan any more than I do. Whatever you see in a given ecosystem is a snapshot of What Works Now. If circumstances change, the components will change with them. 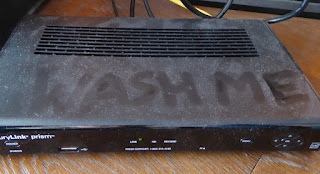 So what you see in my house is what works for me now. It’s going to be somewhat tidy, but not excessively tidy, because I will have struck a balance between my wish to not be visually burdened with clutter and my wish to not actually do a lot of work. If my writing room is tidy, I have writer’s block. And I never have writer’s block, so there will be crap all over in there. And no part of the house is going to be actually clean.

If you judge me for that, no hard feelings: I don’t give a shit.

I haven’t decided what, if anything, to do with the roof rats that have moved in above our kitchen. I never even know they’re there until about eleven o’clock at night, when they start rough-housing and plotting and scraping their teeth on stuff. I do find this disturbing. So maybe I’ll start going to bed earlier.

If I did have a plan, the plan would be to live to 99 and then go down fast and hard from late-onset hantavirus, dust mite allergy, spider bite, and fecal contamination.