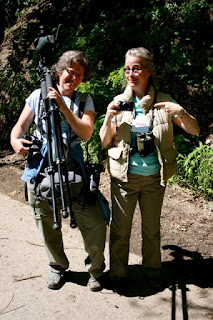 People are always assuming I’m a birder, but the evidence is circumstantial. For instance, they note that I often make comments about birds on the social media. And I hang out with known birders. Basically, they’re profiling. Homeland Security probably has me on a birder watch list, but that does not mean I should be detained. Not at my skill level.

Oh, I’m probably better than a lot of people, but that’s only because a lot of people have managed to go through their whole lives without looking up. My neighbor once swore he saw a pheasant in my tree here in the middle of town, and then he described a flicker. I don’t know how a person can remain that unaware of a large colorful bird with a red mustache and an ascot and a polka-dot waistcoat that lives in the yard all year long and might even be drilling holes in the house, but I guess there are such people, and compared to them, I’m a birder. I probably learn one or two birds a year, but I’m old, so they’re starting to add up. 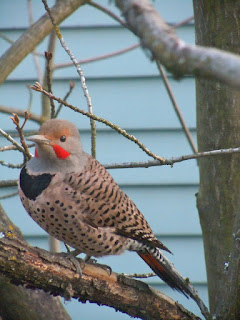 However, I don’t have a few things you really need to be a birder. Like good eyesight, good hearing, and that other thing. You know.

A good memory. And just because you can use a guy with no arms or legs as home plate, that doesn’t make him a baseball player.

But this week I was forced to admit that I am in fact a birder, just a really stupid one. It was a cold, sunny, windy day, otherwise unremarkable. Mid-afternoon I suddenly realized it was New Year’s Day, an occasion I used to mark with a hangover. And then I remembered that you’re supposed to make note of the first bird of the year you see. It’s a little birder game. If you want to have more fun, you can take that first bird as a personal portent. 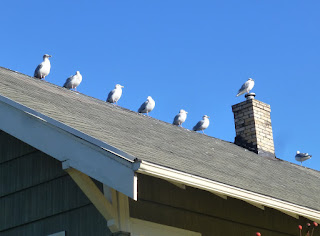 Gulls. Bleah. We have a bunch around here because Launie, one block over, puts out doughnuts for them and her house is poorly insulated, so her roof is warm. Gulls love to sit on her roof because they spend the rest of their time with their butts plopped in frigid water like dufuses. Here’s the thing. I don’t know what kind of gulls they are. I worked at it once. The differences between gulls come down to things like tiny little spots on their beaks or their eye color or leg color and their plumage is all over the map depending on their age and religious affiliation and the time of year. So you might have a winter herring gull on your hands or a third-year California or, you know, a pheasant.

I’m going to eat a cheesecake bigger than my head and give it some thought.