The Fix Is In 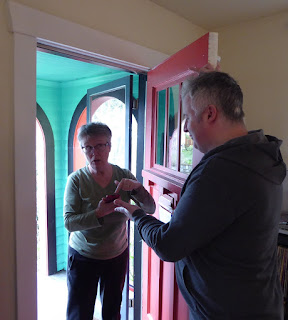 A long time ago, a boyfriend and I moved into an apartment. I took the first shower, and the water didn’t drain. I chucked in some Drano and some Mr. Plumber and all I got was a big tubful of toxic soup. I poked at the drain with a stick, to no avail. It was jammed. We called the landlord. He sent out a guy.

The guy squinted at my toxic soup with disgust and brought out a snake and got nowhere with it.  He was baffled for a moment, then he looked at the handle on the wall and turned it, and everything whooshed out at once. Boy howdy, I’d never seen a bathtub drain stopper in a wall like that! The plumber looked at my boyfriend, and my boyfriend looked at me, and back at the guy, and my boyfriend said “As God is my witness, I didn’t think she was that stupid.”

Don’t get all worked up on my behalf, ladies. My honest reaction was: Aww, honey. Really? You didn’t? I was touched.

Because I’m really not good at figuring things out. Sometimes I do fix things, but I’m squirrelly about it. I can’t go from A to B without involving the rest of the alphabet. Nothing is ever obvious. If I were the little Dutch boy, I’d stand back and hurl a basket of gummy bears at the dike until something stuck. I’ve solved the exact same problems dozens of times and the process never seems to shorten up. 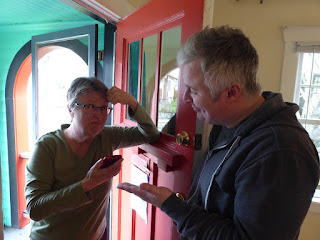 No surprise that come the digital revolution, nothing much changed. I’ve improved somewhat in that it takes me a little longer to get pissed off. I have just enough confidence to Google a problem and scan the results, even though it is rarely helpful. There’s usually a forum. Someone has had the exact same problem I have. Someone else tells them to go into the HTML and find the phrase “Call Me Ishmael” and replace it with a piece of code. The first person says “Thanks, MobyMan! That took care of it.” I go into my template and Ishmael is nowhere to be found. Instead it says “Here is Edward Bear, coming downstairs now, bump, bump, bump, on the back of his head, behind Christopher Robin.”

I’ll follow all nineteen steps in a Mail Merge Wizard and right at the end when I click on the last bit and my mailing labels are supposed to shoot out into the room, a portal to the underworld will appear instead, with a gif of a bony hand reaching out and the text “Do you want to continue?” and no, I don’t, I don’t.

Basically, I can’t see the screen for all the pixels.

So when my phone refused to load the weather app, I Googled it and slalomed through all sorts of conflicting advice, and an hour in, just before deciding to un-install several demons I’d never heard of before and might or might not actually be possessing my phone, I thought: Or I could go next door and see if Noah can help me. Noah is a Young Person. 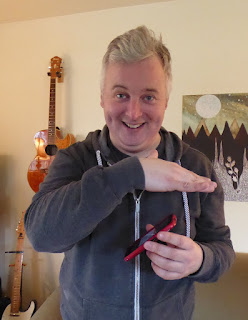 “My weather app won’t load,” I said, catching him up with all my efforts so far, so as to save him the trouble, and meanwhile, he stood there patiently with his hand out waiting for me to hand him my phone, and finally I surrendered it, and he turned it on, and then–oh, what’s the word for a tiny amount of time? An infarction of a second? A gramlet? A cubit? Oh yeah, a nanner-second–in under a nanner-second, he said “You’re in airplane mode.”

I did think better of mentioning that I couldn’t be because I was not on an airplane.