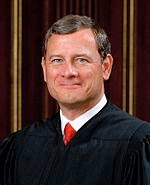 The Supreme Court has found that most companies do not have to cover contraceptive care for their employees if the company has a religious objection to doing so. A lot of people are surprised to learn that companies have religious beliefs at all, but they do. The company I worked for, the US Postal Service, does not have religious beliefs per se, but it does have strong, heartfelt preferences; for instance, it sincerely prefers its employees wear clean, pressed company-provided uniforms. Many folks might not be aware of this, given the preponderance of letter carriers who accessorize with colored sneakers, sweatshirts from home, and Cheetos stains, but it’s true: the company has strong preferences, but no balls. They’re fine with contraceptive coverage, however, and might even kick in for forced sterilization in some cases. But that’s the thing: companies are people. They’re all different. They’ve got beliefs. They’ve got feelings. Favorite colors, occasional irregularity, monogrammed towels, the works. Lawyers.

Like the Hobby Lobby. The Hobby Lobby puts its pants on one leg at a time like everyone else, and it likes a nice snug fit. As plaintiff pointed out, not every employee of Hobby Lobby is even going to want contraception, really only the ladies, so it’s not like there’s a lot of damage being done here. The Hobby Lobby company is closely held, and possibly stroked a little. And as a closely-held company, it sincerely believes that the Affordable Care Act requirement to provide free contraception for its employees might result in tiny little abortions. The majority opinion held that it was enough that the Hobby Lobby really, truly believes this, deep in its company pants. It was not up to the Court, the Court said, to determine if their beliefs had any merit, as long as they were really, truly, and sincerely believed, and more or less in line with the Court’s.

Many see this decision as an affront to the ladies, but it was a victory for science. Researchers have long observed that the five fossil justices–Roberts, Alito, Scalia, Thomas, and Kennedy, constituting the majority in this opinion–are lodged in sediment of an unknown provenance, and with this decision we have finally accumulated enough data to properly affix them in Time. All have been known to occur in the same Catholic stratum, but up until now it has been hard to pinpoint their precise age with any confidence. Educated guesses have ranged from the early Titassic to the late Contentious.

Scalia, found in the oldest portions of the layer, has revealed the most clues as to their collective antiquity. For instance, it was he who held that prohibitions against homosexual behavior did not discriminate against homosexuals, because they prohibited heterosexuals from engaging in homosexual behavior also. Justice Alito, a champion of spermal rights, was responsible for writing the opinion in the Hobby Lobby case, in which he dismissed concerns about “gender equality” and “public health,” specifically employing the quotation marks to indicate where the sneering and eye-rolling should go. Justice Thomas had nothing to add, believing, as always, that it is better to remain silent and be thought a fool than to–well, he can never remember how the rest of that goes.

All of these clues taken together have finally allowed scientists to definitively assign the five to the Crusty Old Fuck Era. It’s a right stout vein. There’s no chipping them out.