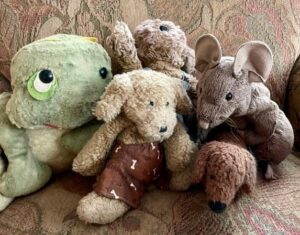 Guess everyone has seen “Don’t Look Up” by now. This movie is a Netflix production about the discovery of a huge comet on a killer trajectory toward Earth, and humanity’s utter fecklessness in the face of it. I recommend it. There is a special splinter of despair to be endured by glancing at comments online and seeing how many people are saying “Wait, what happened? The world didn’t really blow up, did it?” and—almost worse—how many other people solemnly explain “It’s about the pandemic, stupid.”

Ahem. It is not about the pandemic, stupid. The pandemic may be the only thing people are taking personally at the moment, but in the grand scheme of things the pandemic is a blip. It’s going to sputter out, or it’s going to bore itself to death, or it’s going to make an endless nuisance of itself like all the other inventive viruses out there we’re already contending with. COVID is having an impressive run, but it’s no Black Death, which got people’s attention by taking out every second European. Even if our plague du jour took out a billion people, it wouldn’t have a noticeable effect on life itself, and it would be a boon to the vulture enterprise.

Not that there were so many people available to kill in 1347. Not like now, when not only do we number in the low bazillions, but a whole lot of us think nothing of buzzing around the landscape with the power of two hundred horses just to buy a big box of plastic crap, and insist on a five-degree range of comfort at all times and in all places.

Which, honestly? Would all be really neat-o, except that we had to cook the planet to do it. Which means here we are with an Earth-killing comet we made by ourselves, whose effects are predictable and were predicted long ago, whose causes are well-known, whose ultimate course is plain to see, and whose solutions, such as they are, are left to languish on the shelf in the name of profit and mere convenience masquerading as a birthright.

If we as a group acted like one reasonably intelligent adult individual, or even a squadron of sugar ants, we wouldn’t be approaching this crisis the way we are. But although every aspect of this movie seems, at first, way over the top, too outrageous to be believed, it depicts our current reality to a T, from the clownish and degenerate President to the fortune-seeking elite to the ignorant and gulled masses they maintain in their service, and its fatal conclusion was and is foregone. But this isn’t a movie review.

This is a tribute to the dinner scene.

In the movie, the people who knew best what was coming, and when, and had no ability to turn it away, despite their best efforts, sat down to dinner. A half hour before the comet impact they sat down around a table with family, friends, and a stranger, and they cooked fingerling potatoes, and they talked about nothing much, and they held hands. And I took great comfort from that scene. Because I don’t know what to do anymore, but we can still have dinner. We can still have each other. You’re all invited. I’ll set the table. I’ll be having a beer, but you go ahead and bring what you want.