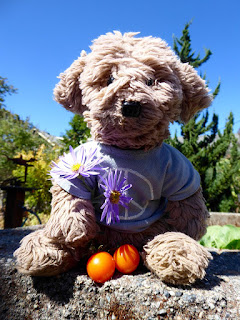 In a meeting with evangelical leaders, Mr. Trump said that if the GOP loses, “they will overturn everything that we’ve done and they’ll do it quickly and violently, and violently. There’s violence.” He liberally means us liberals. And that scares me a lot. I don’t even like to skoosh a bug. But I guess I’m going to have to get up to speed in a hurry.

It’s weird, because it’s exactly what we thought would happen if Trump didn’t win his election: his followers would shoot us all in our beds, and we wouldn’t be able to do anything about it except come up with universal health care.

We do have a few antifa folks with rocks in their pockets but they scare us too, because every time they show up, there’s a bunch of Nazis around. Sending them up against the pistol-packin’ patriot boys with their flag suits and Kevlar is like making a little barefoot Palestinian kid square off against the Israeli Army.

We got nothing. We could throw tomatoes and eggplants, but that would be wasteful. And we’re not going to scare anybody with a well-arugulated militia. 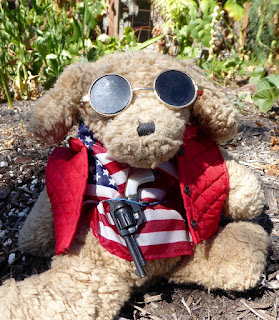 Besides, if we have to get violent to run these assholes out of town, then we’re going to have to get organized, and that’s not our best thing. First we’re going to have to find our old plowshares and beat them into swords. And that’s not easy. Maybe it would have been at one time, but we aren’t plowing anymore, because what with the destruction of the soil structure and the scarcity of water it’s more sustainable to plant cover crops and layer compost. Almost all the remaining plowshares have been welded into garden art.

And then if we did round up those plowshares, we’d have to find someone to beat them into swords, and other than a few random hippie blacksmiths in period costume and a drum circle, we’re short on talent.

We can’t even manage a fertilizer bomb. Not with the run-off and the toxic algae blooms.

Sure, we get upset, but the basic problem is we’re peacemakers at heart, and it’s an uphill battle. I mean, we’re dealing with the kind of people who did all they could to keep the black man from rising, but then when he takes a knee, that wasn’t right either, so it’s not like we’re going to make them happy. They’ll get pissed off over anything. The prospect of having to share a country with colored people gets them going in a way that the mere destruction of the planet or billionaires stealing them blind simply doesn’t. Massive flooding, hurricanes, drought, extinction? Kid stuff compared with being forced to bake a cake for queers.

There we’ll be, chanting at the standoff, facing assault rifles, and until they start making bullet-proof poster board we won’t even be able to protect ourselves. 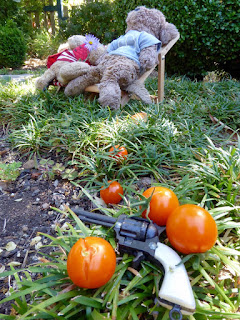 Liberals violent? We can get snarky, but now that there’s a marijuana glut you can get three-dollar bud at the dispensary. Our biggest gripe is finding snack food that isn’t made by Nestle.

But don’t be fooled. You don’t want to get us really angry. We won’t hold back. We’ll go after your grammar and spelling every time. We’ve been stockpiling your extraneous apostrophes and we’re going to pack them all into one giant nail-bomb of a polemic and it’s going to sting, babies, it’s going to sting. You might have to look up some stuff, but it’s going to sting.