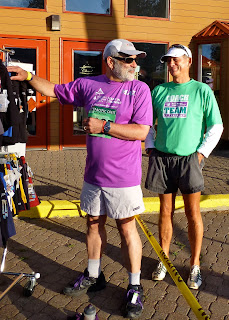 As we left our last installment, dawn had broken on Max’s big day, Marathon Day, the culmination of months and months of hard work and training. The starting line beckoned, and we were ready to roll. What could go wrong?

My guess was that Coach was going to insist on him wearing shorts, too.

But there stood Max in his wicking team shirt and wicking socks and special athletic shoes, and a jaunty pair of classic linen-blend pleat-front cuffed Bermudas with cuffs, belt loops, and a watch-pocket. “I forgot to pack my shorts,” he said, miserable. 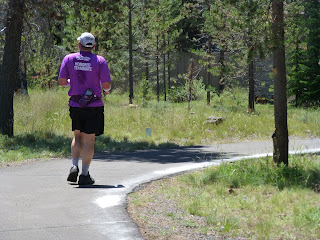 We all stood around in mild shock, visualizing our friend being the only person in the marathon with no pants on. It was an interesting picture, but not ideal from an aerodynamic standpoint.

“It’ll be all right,” Linda said, because that’s what she does. “They’ll sell them at the starting line, or we can buy some later in the day and meet you on the course.” Max has known Linda as long as I have, over forty years, but in spite of the fact that Linda always makes everything all right, his misery was undiminished.

“Or you can try mine,” I said, proffering a pair of loose shorts–unremarkable, but at least they were lightweight nylon.

Max put on my shorts. They were a little snug, but not as bad as they might have been. We were both surprised and a little taken aback that they fit. It seemed like one of us should have been insulted, but we couldn’t figure out which one, and quickly moved on. He looked marginally less bleak.

But the shorts weren’t optimal. It turns out that athletic shorts for boys have all sorts of cupboards and caches and architectural elements in them to keep things from flapping around and scaring the horses. My shorts had none of that stuff.

We made our way to the starting line and there, at the end of Linda’s outstretched magic finger, was a booth selling running shorts. Dave had cash, the booth had a pop-up dressing room, and soon Max was suited up and ready to go. And off he went. 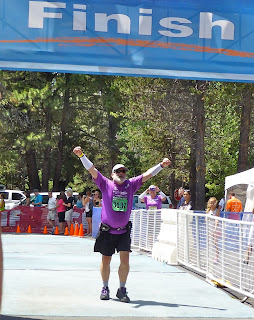 Linda and Dave and I went back to the house and had a leisurely breakfast. We followed up with a little hike. It was getting into the high nineties and the early breeze had sputtered out, so we retired to the house to sit in the shade and watch birds and relax. At the hour Max had hoped to be done, we were at the finish line with the chocolate milk, fanning ourselves, and by gum, there he was, motivating across the line in six and a half hours precisely. We’d had a fine, refreshing day, but just between us, Max looked a little frumpled and shreddy. A little like he’d let himself go.

It took a village, but Max mastered his marathon. Dude is totally on his own lancing those blisters, though.

Happy Anniversary to my sweet Dave. I’m in for thirty more.