The Meatballs Of My Discontent 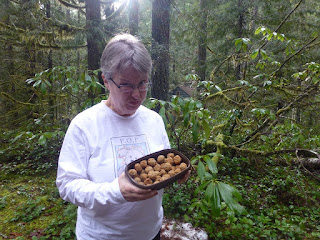 I woke up in the dead of night, and stayed awake, for hours and hours, ruminating. You know, as one does. In this case I was ruminating about meatballs. Specifically, the meatballs we had for dinner, and whether or not they had an exit plan, and if so, what it was. “Ruminate” comes from the Latin and means “to chew on again,” and that was certainly one possibility.

This isn’t a normal thing for me to ruminate about. One of the things I think Dave can be most proud of is that he’s prepared our food for forty years and only poisoned us the one time. And that time, near as I can guess, was because of the bagged salad greens he bought at the store, and that is totally their fault. It’s not as if Dave took the greens out of the bag and sprinkled Dried Poop Flavor Flakes on them or anything. Dave, whose reputation is at stake, still puts that episode down to a 24-hour virus. Whatever it was, it required a toilet and a bucket, both. Just one of them would not do.
I can’t overindulge without consequence like I used to. There was that time I woke up in the middle of the night convinced my dinner was going to make a reappearance. The dinner would have been collateral damage–the culprit was the slab of layer cake I ate afterwards. I’d made it myself. It had apricot preserves in the middle and enough buttercream frosting to set a horse back, and I ate a wedge of it big enough to prop open the gates of Hell during election season. We were at the cabin with friends, and I knew I’d have to put clothes and shoes on, sneak out the door, and walk way down the road if I didn’t want to disturb anybody. I opted to remain in bed and give my valiant digestive system a challenge for the next four hours. 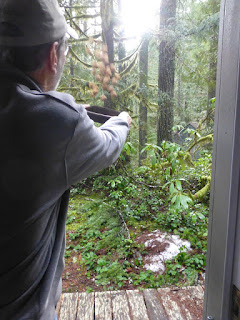 So, the meatballs. They weren’t really Dave’s fault either. He found them in the freezer, store-packaged. “Do you think these are still any good?” he asked.
“I don’t know. Do they have an expiration date?”
They were Swedish meatballs from IKEA. I guess I bought them because I thought they’d be worth a try. When? Let’s see. We bought the kitchen cabinets from there in the winter of 2012. So, around then.
“Well–all it says is ‘best if eaten by January 2014.’ I don’t know.”
“‘Best if eaten by’ is not the same as an expiration date, is it? They’re just slightly less tasty. And they’ve been in the freezer all this time. I say, let’s give ’em a whirl.” Mmmmm! Meatballs!
They were a little musty. Not all that good. Dave, who can eat anything but won’t, had three or four and pushed them aside. I had seconds. I can’t help it. I’m a sucker for little bite-sized items. Plus, there were, like, a billion of them. I thought: might as well get a jump on them. 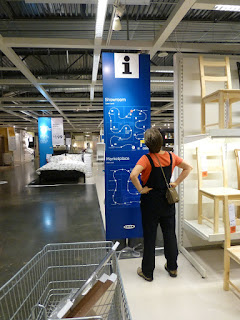 An hour into my nighttime rumination, I concluded a few things about their exit plan. They’re from IKEA. They’re not going to go out the same way they went in. They were going to go out the exit door, but they were going to take their time. They had to go past cabinets, computer tables, bedroom furniture, bookcases, picture frames, and glassware first. Then they’d shoot straight out past the meatball display, and Katie bar the door.
I settled in for the long haul.
By Murr Brewster|2021-11-09T20:38:01-08:00March 5, 2016|Uncategorized|38 Comments