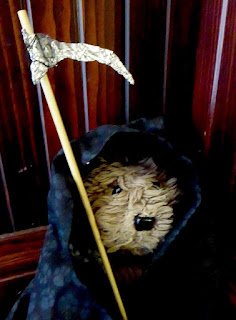 There are a lot of  ways to tell you’re getting old. The revolutionary anthems of your youth are playing in the pharmacy aisle. You can mold your own elbows like Play-Doh. You have a different relationship with death.

Young people don’t think about death much at all. When they do, it’s in the form of nameless terror that comes unbidden, a sudden, nocturnal wad of dread, to be replaced come morning with your regularly scheduled immortality.

Old people have more familiarity. Death is the new neighbor who moved in down the street. We can smell what he’s cooking. We’ve been peering at him through the blinds for a while, and we’re getting to know his habits. They’re not all good. We probably should bring over a fruit basket so he will think kindly of us, but it’s too late and awkward now.

Old people get specific about this. It’s not a big dread-wad anymore, but a sober review of options, most of them unpalatable. Most of us have notions of the nature of our own demise, educated guesses mostly, and we also have our druthers. 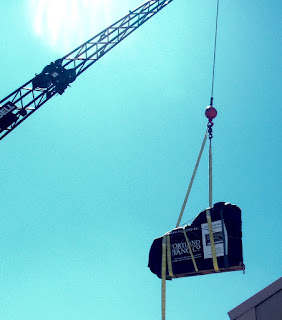 Me, for instance. I druther be minding my own business on the street and have a piano fall on top of me. According to cartoon lore, this sort of thing used to happen all the time. People stared at pies on the windowsill by means of hyphens, people ran off cliffs and were doing fine until they looked down, and people walked under falling pianos. My friend Bill actually had his grand piano craned up twenty floors into his apartment, and back down again later. So I had a shot. When I go, I want to be smashed into veneer and hear that 88-key clusterjangle, last thing.

But that’s not what I think will really happen. I think one day my neck will gang up on me and sit on my windpipe. I can feel it gearing up sometimes when I fall asleep in my chair. Any time my chin drops forward, my neck gang convenes and plots to take me out.

Another way to tell you’re getting old is if you refer to your own neck in the plural. But there you go. It’s a gang. It’s three against one. I don’t like my chances.