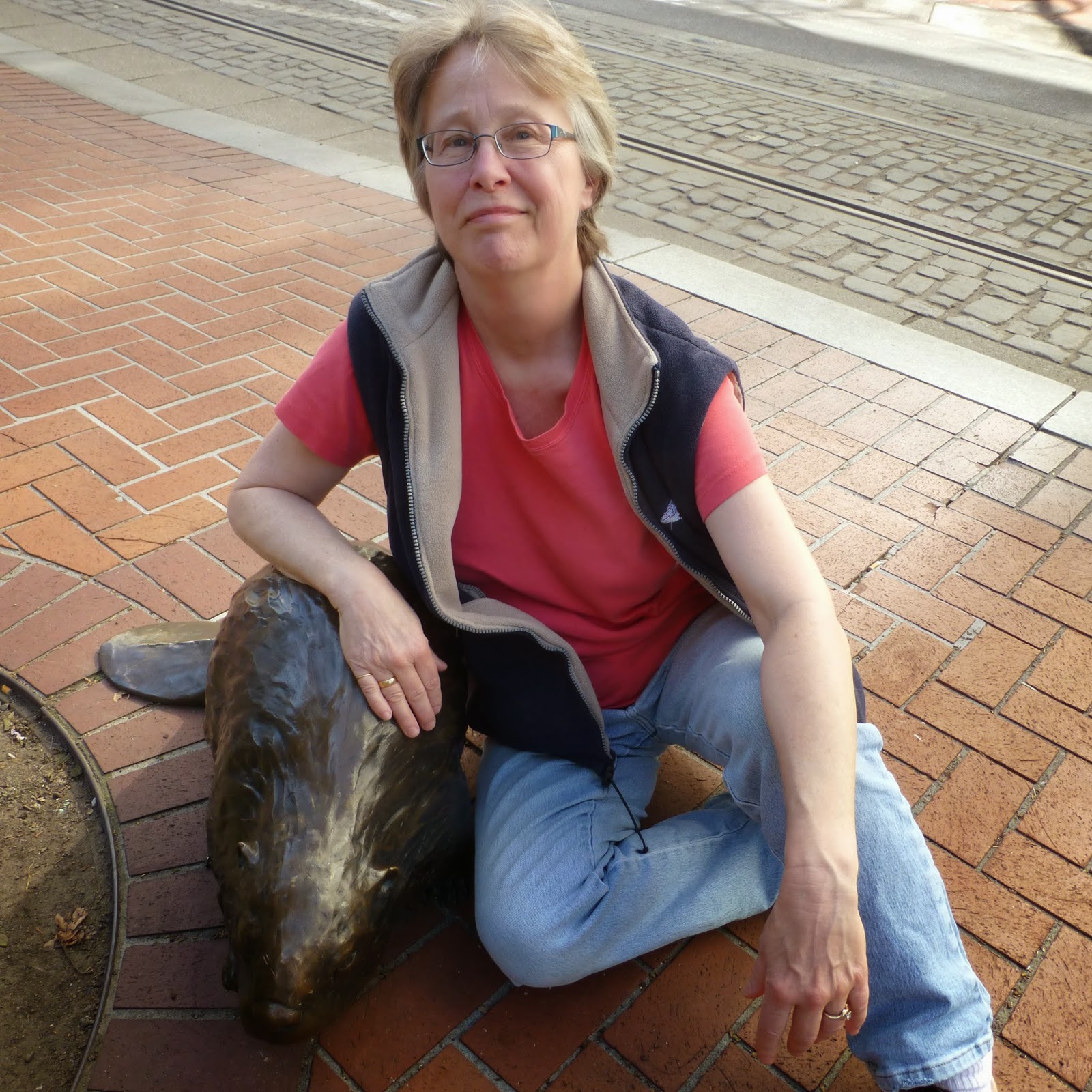 I’m reading a book right now that claims that no one would ever have heard of my Mayflower Pilgrim forebears if it weren’t for all the beaver they got. Without all the money they earned from slaughtering most of the beavers and sending their carcasses back to England, their venture would have foundered, and here we’d be with no Thanksgiving. No Thanksgiving, and probably no beaver either, because someone else would have gotten them instead. Beaver pelts were amazingly valuable. They made the very best hats. The English were all about the hats.

I imagined the beaver hat would look a little like the Davy Crockett raccoon hat, only with a flat flap hanging behind like a French Foreign Legion dude, but actually one has to go to a certain amount of trouble to make a good beaver hat.  You don’t use the outside guard hairs at all, but the vast interior belly fuzz can be felted into the most durable, softest material ever. If you ever felt beaver, you’ll have to agree. Once you’ve felted your beaver, you can shape it any way you want, and then all that’s missing is the satin or silk ribbons and sashes and plumes from, preferably, a fancy bird on the verge of extinction. According to the book I’m reading, England was going through about 23,000 hats a year during the time of the Pilgrims, and each one required two beavers. They’d have used their own beavers, but they’d finished them all off by that time, and they were nearly extinct in Europe, too. All of which made dead American beavers even more valuable. 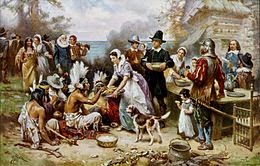 Naturally, we were scraping the bottom of the beaver barrel in no time, but we still got cash and Thanksgiving out of it, so it wasn’t all bad. Unfortunately, beavers have a rather outsized effect on the landscape–not as much as we do, but still. It’s a really big deal. They create a series of dams and build lodges that bunches of them share. The dams create a vibrant wetland environment that many other currently dwindling species rely on. And they slow down the water’s inevitable rush to the ocean, purify it, deepen the water table, and protect against both drought and flood in ways the Army Corps of Engineers and Concrete can only dream about. Beavers are just about as important a species for keeping everything running smoothly as you can get. We’ve let them rebound a bit, here and there, where we don’t have anything else going on.

Someone with a hankerin’ for gold once took ten Canadian beavers to Tierra del Fuego with an eye to a commercial fur venture. It didn’t pan out, so he let his beavers go, and they got busy, as is their reputation, and eventually numbered 100,000. Sadly, the tropical forests were destroyed, and no one got any wetlands out of it, either, because tropical forests don’t work that way. Oops!

I hear the cod fishery in the Gulf of Maine has tanked also. Presumably it was reported to be in trouble 150 years ago when everyone had gotten all the cod they could snag with hooks and lines, and there were calls for some kind of conservation program, but then the fishermen came up with equipment that could haul up the deeper layers of fish, and the panic was off. Eventually they came up with ships that could basically comb the whole ocean, and you could peel all the cod out of the nets and shake out the other living debris and life was good for the fishermen for a while, but now they have to shut everything down, because the cod is gone.

It may not be too early to conclude that we do not, as a group, make the wisest choices when we focus solely on what we can stash in our pockets for a while. It might make more sense to step back and get a wider view. But we’re more inclined to chew on the landscape without building a lodge.