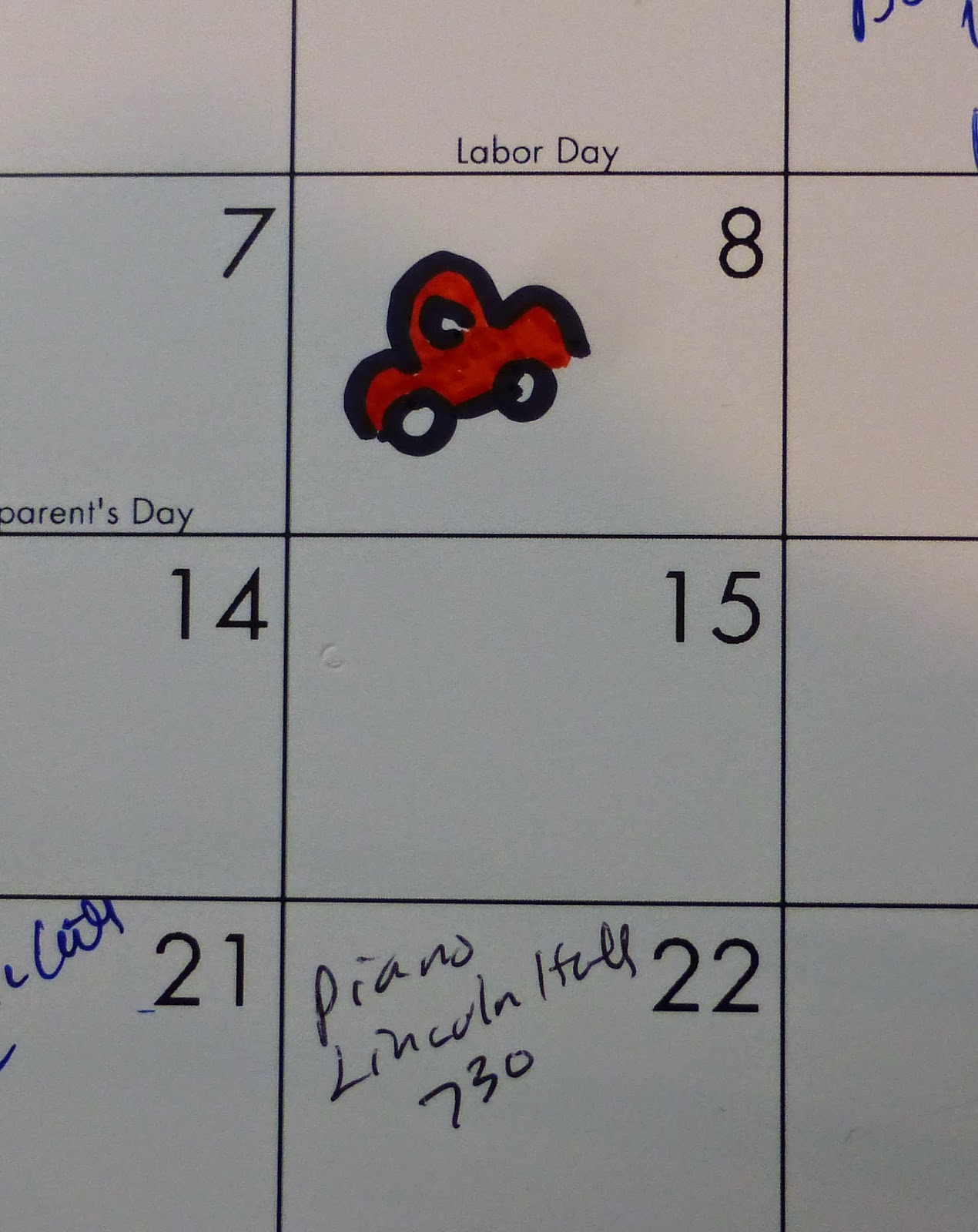 It’s a new year, and people like to make resolutions, so I’ll tell you about one of mine that totally worked. I’d been riding my bike to work sporadically for years but it was pretty easy to talk myself out of it on any given morning. Especially because my mornings started hours before dawn and a whole lot of the time it was as rainy as it was dark, and none of that mattered as long as I was still under the covers, so I’d stay there a little longer.

One new year, I rode my bike to work and decided I would draw a little automobile on my calendar every day I drove my car, just to see how lazy I really was. The first one was just a little tiny automobile picture, but I colored it red because that’s the color cars should be, and you could see it from across the room. And that tiny little red car drawing began to rumble with implied oiled ducks, and ruined reefs, and the last breaths of slimed otters sinking beneath the sea, and tearful indigenous peoples in the tar sands sacrifice zone, and drowning island nations, and hurricanes and bear carcasses and parched soil and superbugs and methane-belching tundra and war and fire and famine and only the memory of pikas. It was horrible. The next morning, and just about every one after that, I put on my biking duds no matter what the weather because I could not bear to draw the little automobile. At the end of the year I had only four cars on my calendar.

So I thought that kind of thing could work for anybody. Let’s take an example. A lot of us are in the bad habit of saying mean things about people on the internet. We make snarky remarks about our family or we go into great detail calling out complete strangers who we believe have wronged us in some way. Somebody gave us a look, or took a tone, and they need correction in the form of public shaming. That is naughty of us! How about if every time we thought about writing something mean about someone, we had to actually write down the mean thing where anybody could see it?


Oh wait. I see. That wouldn’t work, because that’s the whole problem. Evidently we do not feel bad about writing bad things. Especially where everyone can see it. Actually, we’re pretty pumped about doing that very thing.

I always figure the people writing mean things are overly concerned about what other people think of them, unusually likely to assign bad motives to other people’s behavior, and really on guard against someone thinking something about them that they basically think about themselves. And the fiercer they are about it, the more likely it is that they do feel bad about themselves. If you’re reasonably comfortable with yourself, you’re not as likely to think other people are thinking bad things about you, and you’re not as likely to lash out. This is not a groundbreaking observation. In fact, it’s so reliable that if you think I’m talking about you–I probably am.

So here’s my New Year’s suggestion. Every time you write something mean on the internet, draw a little red car on your calendar. Believe me, you don’t want to see that.