The Satellites Are Laughing

I don’t even know where you’d get a nice fold-out road map anymore. I’ve given up. When I needed to steer my rental car from the Pittsburgh airport to Big Dave and Vivi’s house, I went ahead and printed out the Mapquest directions, plus the map. I need the map.

I need to get a sense  of what topographical squiggle I’m skirting. I need to get my personal magnets aligned with the poles. I want a decent directional clue so that when I get off-track I have an idea where to veer.

Our pioneer forebears didn’t always have a map. They had to make educated guesses and reconcile obstinate hooves and mountain passes. Their sense of topography was more immediate. They could see what needed to be overcome, could suspicion their way to water. Then they passed along the information or left wagon tracks for the next group. Sometimes someone would whomp up a map, but it was likely to be partly fictional. They had skills we have lost; on the other hand, a bunch of them ended up being vulture food, too. 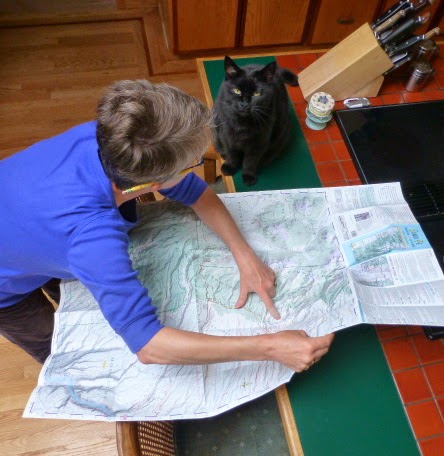 Big Dave told me to forget about the map. He considered it unlikely I would be able to machete my way through Pittsburgh. Couldn’t be done. “Get a navigation app,” he said. Well. I only have the vaguest notion about getting apps. I have about two on my iPad, which is why, I think, I have been so disappointed in my iPad. Right now, it’s not much of an improvement over one of those old-timey magic drawing boards that erased when you peeled up the plastic. But ever since I surrendered to modern technology, forsaking the good old reliable road map, I’ve been unsure of myself. Maybe he’s right. Maybe I would find myself in an eternal gyre of vehicles in the middle of the city and have to be rescued. I looked for an app.

Navigator it is! First one that popped up, with a four an a half star rating, and free, so I bought it. I put in Big Dave’s address and fired it up at the airport, and off we went. It went well at first, and got me to the freeway. I was a little perturbed that a British woman was in charge. She seemed to have the potential to be judgmental. I made a note to see if they had a Southern version. “Oh, now, sugar–you done overshot. Okay, hon, sit tight, don’t you fret none. We’ll see you right. Would you like some pie?” 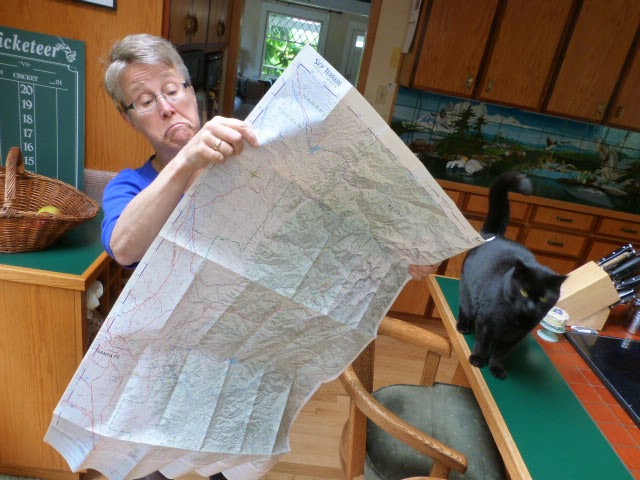 Once we got on the freeway–I’m including my British friend–she clammed up altogether. Didn’t even deign to hum. After a few miles I found myself grabbing the phone and shaking it a little in case she was napping on the job. We entered a tunnel. “GPS signal lost,” she barked. Hurray! I thought. You’re still here! And, after a moment, shit.


But she piped right back up when we came out of the tunnel and had all sorts of new suggestions for me. I was to take the Slip Road. Soon. Real soon. Now! I lurched onto the exit ramp and looked for a sign for Slip Road. Okay, I realized after a while, this is British jargon for exit ramp. I can adjust.

What I can’t adjust to is the raucous accordion bleat that violently erupts out of my phone, like a bugling car horn that precedes an imminent collision–the kind of noise that makes your hair fall out first and think about it later. What the fuck, I inquire politely of my Navigator. I slalom over the lane for the next quarter mile while peering into my phone to find out what I’m being alerted to. There is nothing. Nothing whatsoever. Not the next random time, either. Or the entirely unpredictable time after that. I ignore it and put it down to episodic digital flatulence, but I make a note to have a stern word with the Help button once I’m safely delivered to a sofa.

On the next trip, I load up my Navigator with a destination and take a Mapquest printout with me just for protection, and all is well. I have studied the printed directions. Basically I get on I-79 for eighty miles. The British lady finds me the freeway. I begin to relax. Fifteen miles later she wants me to take the Slip Road again. I’m so startled that I do. If I’d bothered to install the Southern voice, I might have objected. Y’all real sure about that? 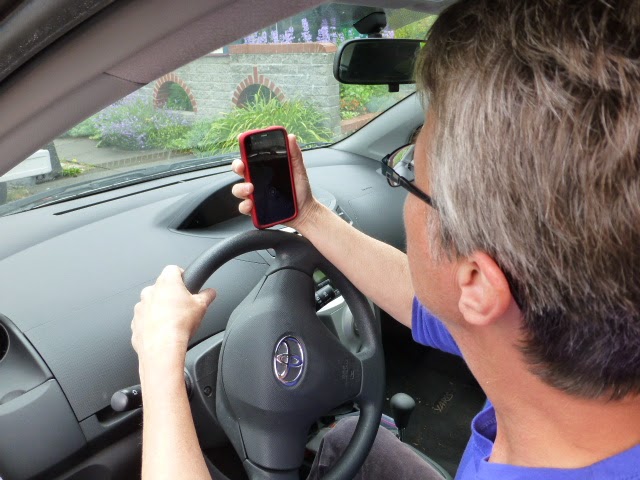 Now I’m toodling through some unnamed neighborhood, past strip malls, past lube shops, past a guy on the sidewalk wearing a foam pizza suit and waving a sign, and I begin to become morose. Just as I decide to hit up a gas station for directions, she finds me the freeway and sends me back up. The same damn freeway I was already on, one exit later.

What the fuck, I query.


It does sort of work. But I don’t like it. I feel like I’ve been digitally blindfolded and spun, and I’m wandering around holding a donkey tail in front of me like a moron. I’m a prairie dog rooting around underground with no native prairie-dog sensibilities, popping up in the right place most of the time but with no idea how I got there.

Used to be, I got lost every now and then. Now I never know where I am.