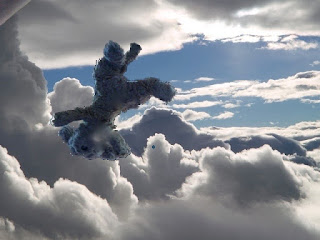 A large percentage of people report being watched over by angels. Angels are supernatural beings deputized by God to watch over people, because even though he is all-knowing and omnipresent, he would like to have a day off now and then. In fact, according to Genesis, he invented days off. Ordinarily it would be a little creepy to think of things watching over you, but angels are presumed to have your best interests at  heart. They may drop the ball every now and then, sure. But they’re not personally going to mess you up.

I don’t have angels of my own. I didn’t really need any; I was born lucky. But I have plenty of people watching over me. Probably hundreds. Technically, they’re spiders. But I feel honored to have them. They just hang out by the ceiling and make little cottony nests and go about their tiny spider business, and a fine business it is: eating insects and keeping an eye on things. They can do that. They have eight eyes and they can look at a lot of different stuff at once. Angels get distracted, but spiders are on it. One pair of eyes checks the direction of light (in our house, it’s coming from the TV). One pair has telephoto lenses. The third pair swivels, and yours don’t, Mr. Fancypants Primate. The fourth pair gets basic cable. Spiders rock. 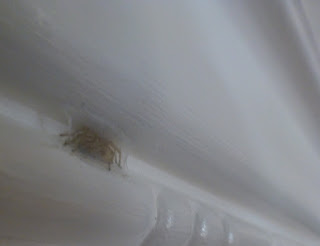 House spiders in particular may have evolved to live with myopic people. I have to really think about it to notice my spiders, and yet, when I do, they’re all over the place. I’d say most of ours are on the ceiling in the TV room, although they drop down from time to time on little magical circus threads, just to get a closer look. Then they go back to the ceiling to watch over us. 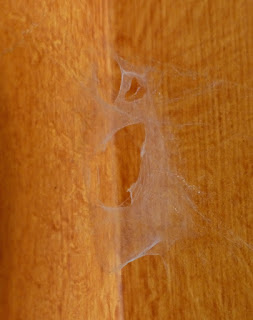 In spite of the fact that I have had a thriving and undisturbed community of spiders in my house for decades, I’m not sure I’ve ever been attacked by one. Maybe. I’ve woken up with an itchy, persistent sore about three times. It’s always on my butt, and it’s not a big deal. I assume I roll over on them in bed, and so I can’t say as how I blame them for objecting. But a lot of people are terrified by spiders, and hate them strenuously, even though they hardly ever hurt anyone. They’ll do anything to keep them away and they want to kill the ones that make it through. They feel exactly the same way about Muslims. Spider eradication, in fact, is a plank in the modern Republican platform. It’s too early in the campaign for specifics but they’ll get around to it. Just as soon as they can figure out the best way of killing spiders while simultaneously poisoning the environment and enriching Dow Chemical, they’ll get back to us.

The Orkin site, which is devoted to providing the consumer with poisons for all manner of natural beings, solemnly intones that the “signs of an infestation” (I’m sorry, that is a loaded word: “presence” would have done nicely) include The Spider or The Web. Yes, that is true. In fact one of the surest signs of spider presence is the spider. The signs of an infestation of humans include Plastic and Massive Unprecedented Destruction Of The Environment. Orkin does not supply a Human-B-Gone. They totally would–ethics are not a consideration–but they aren’t interested in exterminating the species with the wallet.

Spiders are entirely carnivorous. But they don’t take down big game. They’re all about eating insects and, significantly, other spiders. So if you really hate spiders, you should really like spiders.