The State Of Our Union Is Wrong 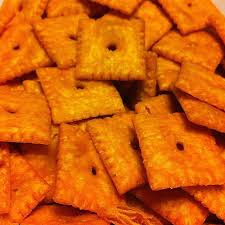 Like everybody else, except Native Americans who might otherwise like to vote, the State of the Union has an address. Which means you can get a pretty good fix on it. With a good enough address, you can find out if the fellow in charge is able to correctly identify actual problems and then not really do anything about them; or, conversely, he has no idea what’s at stake, attacks fictitious problems, and doesn’t really do anything about those either. The first gives you that tiny pop in your sails for a few minutes, and the second makes you want to go straight to bed with Cheez-its, a bottle of hooch, and a catheter.

This one was a doozy. Both teams were in uniform: white on the side of Faint Hope, blue suits and red ties on the side of the Co-Conspirators. The co-conspirators got the most exercise. If you were able to thread them properly and hook them up to a machine, you could have stitched a nice long seam. Up, down. Up, down. Up, down. With the white team, you’d end up with the same basket of unfinished mending you started with. That’s what makes them relatable.

All those ovations took a toll on the co-conspirators, though. Next year they’re hoping to power their pants with coal, if they can’t farm out the standing applause to ragged children in Bangladesh for a nickel.

Ovations there must be, however, in order to keep the Dear Leader from sagging like an inflatable tube-man at a used car lot. He was thus encouraged to tout all his accomplishments, most of them, amazingly enough, having been achieved like never before. This is the kind of thing you say if your history book starts the moment you get your breakfast cheeseburger and concludes with The Sean Hannity Show. Highlights included the smooth segue from defending sacred fetal life to having the biggest, baddest-ass military ever, like the world has never, ever seen.

It was a little disappointing, though, from a reality standpoint. Our commander-in-chief, as well as the rest of us, is standing under a monster Death Star and his plan is to shade his eyes, send the Death Star supplementary fuel and supplies, and send in the Marines to deal with a little hatch of imaginary terrorist mice on the southern border. It does make one wonder if he and the co-conspirator team even know where the true threat lies, but not to worry–it turns out they do. 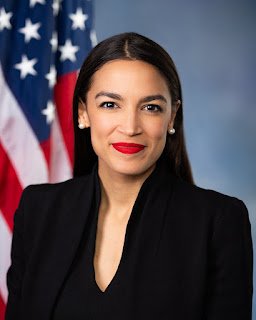 Ordinarily someone this fresh to Congress would not be the subject of so many mocking memes and hysterical right-wing attacks, so you have to give the suckers credit for knowing who’s about to eat their lunch. Even just since the State of the Union address, where she sat resplendent in white with all her congress-sisters, she has been attacked for being too wide-eyed and wild AND being too sullen. She needs to find that middle ground.

Specifically, the middle ground wherein she pushes inconsequential legislation, protects the interests of billionaires, comes out strong against childhood diseases and the plague, and paves in a few wetlands on weekends.