The Tweedle Of Doom 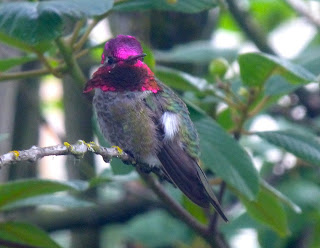 I am working in my garden when all of a sudden I hear the distinctive, furious tweedling of a pissed-off hummingbird. Or, as I like to call it, a hummingbird.

They’re all pissed off. They start out life with just a couple of cells like everyone else, but by the time they’ve hit the eighteenth cell division or so–at which point we have achieved about two-thirds of a hummingbird–our hero has discovered he’s jammed into a pellet the size of a Tic-Tac and there’s not going to be a lot to him. He’s pissed.

I kind of know how he feels. I remember a soaring, optimistic time when I actually seemed to be growing. The annual pencil marks on the door jamb were getting farther apart for a while, and then the increments began to ratchet down, until finally the last mark just got darker and darker. I had beached myself somewhere just south of 5’4″, and I said “oh well” and “that’s that” because I am a pragmatic person, but the hummer takes it personally. 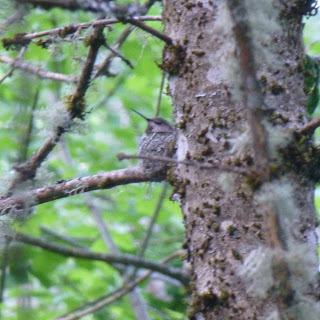 He has about two weeks in the egg to think about it, and he thinks if he ever gets out of here, there’ll be hell to pay. By the time he has hammered his way out of the egg, he is a model of obstrepery. He takes a good look around, which takes hardly any time at all, and assesses the situation. The situation is that he has hatched with all of the attitude but none of the feathers of an adult hummingbird, and, in his last act of discretion and diplomacy, he bides his time. And then it’s all Goodbye, Mama, and Who The Hell Are You People?

He isn’t interested in making friends. And he’ll be go-to-hell if any of those other pointy-headed bastards are going to dip their diddlers in his flower patch.  Mine, mine, mine. That’s the hummingbird motto. And then he cuts loose with the Tweedle Of Doom followed by a sound like the sharpening of the bill against a steel: tweedle tweedle tweedle, snick…snick snick. 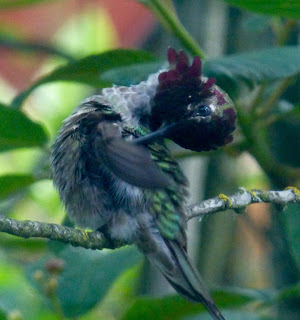 He needs the nectar from the flowers, or from the feeder he has yet to thank me for, in order to power his remarkable wings. What he’s really after is spider meat. If he’s got enough fuel for the wings, he can delete a spider from her web before she has a chance to mount an objection. He’ll get what nectar he needs and park himself on a nearby branch to conduct personal hygiene and stand guard. Anyone approaches his stash and he’s all over his ass, and off they go like the Blue Angels in an air show. If they had any concept of sharing, they wouldn’t need so much damn fuel. Tweedle tweedle tweedle, snick…snick snick.


I wouldn’t take him on. I know he’s an Anna’s Hummingbird, but I’m keeping it to myself. He isn’t claiming allegiance to anyone.