The Urge To Purge 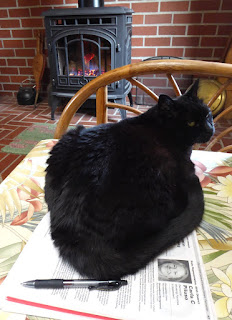 I voted last week. There were problems. Tater Cat kept stretching out on the Voter’s Pamphlet, and I got so caught up trying to figure out one of the ballot measures that I overcooked my oatmeal. Other than that, things went smoothly.  The Voter’s Pamphlet came through the mail slot a couple weeks ago and a few days later the ballots shot through too. If I could rig up the mail slot so they’d land in my lap it would be even better.

It takes me a few days to study the ballot, on account of having to attend to the oatmeal and the litter box and whatnot, but I’ve got plenty of time. And it’s a good thing, too. I remember those awful days when we’d trudge through the rain to the polling place and the nice neighbor lady would hand us our ballots and we’d pull the curtains behind us and vote. They were tiny curtains, gave you standard hospital-gown coverage. The ballot always seemed to have a few surprises I wasn’t prepared for and that took some time. And then there’d be some initiative that would be described like this:

“The result of a NO vote is to maintain the repeal of the prohibition of the anti-inflammatory annulment revision ban.” This kind of thing takes a lot of study. You have to start at the end and work backwards, and you don’t always have enough fingers. Filling in the bubble at that point is like snipping the last wire on an explosive device. One wrong move and you might have agreed to donate a kidney to a Republican. It’s best done from an easy chair, next to a cat with extra toes.

So I’m certainly glad we switched over to this nice, 100% paper ballot unhackable home voting system. I’m sure the rest of you are satisfied too.

What? You still go to the polls? You stand in line for hours? Sometimes you discover you’re not on the rolls anymore? Your chads are still hanging under that curtain? There’s no paper trail? You can’t vote if your address is a post office box? You need your birth certificate, a note from your mommy, and an 8×10 color glossy? What kind of a stupid system is that?

Well, color me horrified. Except in Georgia, where it would be in my best interest not to color me at all, lest I get purged. There’s a nice black woman running for governor there and it even looks like she has a good chance unless something can be done about it. Fortunately, the white dude she’s running against is the Secretary of State in charge of elections, so something is. 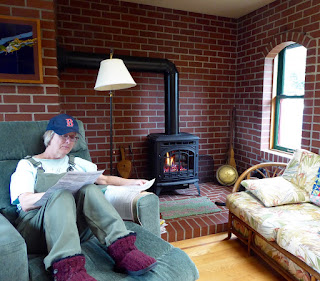 I do read these comment threads full of Republican apologists. I have to, otherwise I might be able to sleep through the night. So I know what the problem is. There are lots and lots of people out there who can’t even be bothered to get a proper driver’s license with a photo I.D. to show to the poll people, so they shouldn’t be allowed to vote. If you’re that lazy, you shouldn’t vote.

Uh. The lazy ones don’t vote, so I’m not sure what the problem is.

Oh! And then there are all those people still on the voting rolls who are technically dead. That’s a travesty. Thousands! We must purge the rolls of dead people.

Uh. Dead people vote even less often than lazy people. If you think you see a bunch of raggedy dead people lurching toward the polling booth, they’re probably just homeless. They should vote too–they probably have opinions and life experiences that we need to hear about.

Ah. Citizens. There’s the real problem: all those immigrants coming in to vote in our elections. They won’t call the cops if there’s trouble in the neighborhood, lest they be swept into detention on mistaken identity, but they’re lining up in droves to cast illegal ballots. It’s a risk for sure, so the only possible explanation for this is they’re getting paid by George Soros. We already know they’ll do anything for a little bit of money. They’ll even pick radishes and dismember chickens and stuff. So. Ipso whacko, they’re on the take.

Well, clearly, some restrictions are necessary. We can’t just have people expressing their democratic wishes willy-nilly. There should be hoops to jump through. Hoops! That’s it!

Let’s make everybody shoot foul shots for ballots! Or, alternately, let’s make everyone pass a basic civics test–ask a newly naturalized citizen if you need help. Or let’s wipe out the lazy contingent altogether by requiring everyone to walk a thousand miles through the desert. That, there, shows fortitude.