The Wind In Their Sails 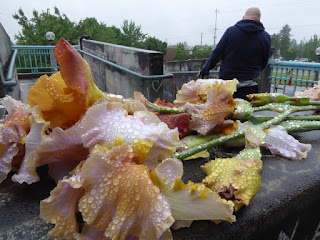 I’m not afraid to say I’m a coward. That’s the only thing I’m not afraid of. Everything else is on the table. The fastest I’ve ever moved was the time I launched myself down two flights of stairs (I admit the gravity assist) to get away from a man who was beginning to have a grand mal seizure. I didn’t realize that was what was happening to him, and my instincts drove me down at something approaching 120 mph, taking wind resistance into account, and ultimately behind a locked door and a refrigerator. 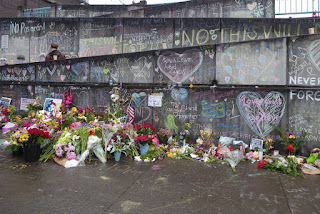 I’m not afraid of death, in principle; probably less afraid of it than many people I know who have a punched ticket to an afterlife. Nevertheless, my body and brain invariably catapult me away from danger faster than I can assess it. I even distance myself from a loud argument, like it’s a snarl in tiger territory.

I don’t take light rail often. The MAX train I’m most likely to be on would drop me off at the 42nd Street Station, which is where a fresh Nazi with a large knife just murdered two men and butchered a third. Had I been on that train at the time, I would have demonstrated my strength and courage by pushing out a window of the car and blasting across the tracks until my empty lungs left me gaping in the gravel. 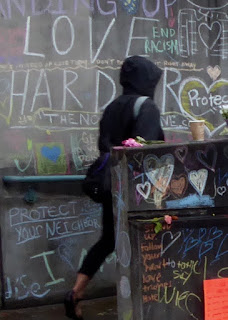 The Nazi in question is in custody and has a lengthy history of vitriol and violence. Recently, at a rally, he dressed himself in a flag and tights like Superman. Like some kid wearing his skivvy-shorts over his pajamas, draped in a terry-cloth cape. His emotional range did not rise over the first-grade level either. This guy is incoherently pissed off. Life stranded him, somehow, left him lying on a beach with a dangerous sense of powerlessness. Seems as if there are more and more like him all the time. And all of them are starting to feel some wind in their sails.

He had gotten on the train intent on terrifying a couple of teenage girls, one black and the other wearing a hijab. This is what makes him feel alive. The man had slipped his hinges many stops ago and had more hatred than he could hold in.

And then three men intervened. One was a poet; one was a recent college grad; one was an Army veteran. Three men stood up and put themselves between an enraged, self-righteous wretch and his innocent targets. Two of these men lost their lives and the third is just hanging on. 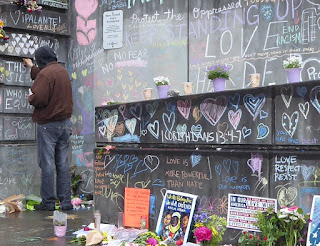 Their mothers, right now, are wishing more than anything that they had raised more cowardly men.

We are urged to send them our thoughts and prayers.

I don’t pray. It would feel like talking into a toy telephone. But I do have thoughts, and more.

Today, my thoughts are with the families of these three brave men, with my gratitude to their mothers that they did not raise cowards. Because of their sacrifice, the Portland community and the community of humankind can hold onto hope. Because of them, we can pull ourselves out of despair and complacency. I have thoughts, and I have a vote. 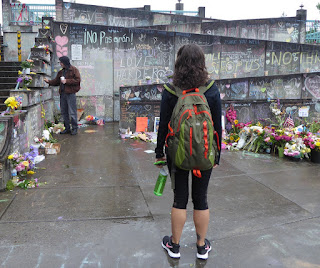 And my vote will never go to anyone who schemes to shred the fabric of our tribe into rags, who plays us against each other for profit. My vote will never benefit one bent toward war or its relative, greed. I would love to say that my vote might go to a Republican, and maybe some day that will happen, but today is not that day.