There I Go Again 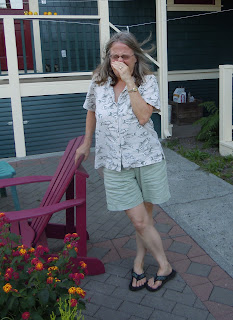 Here’s something I never used to do: feel a sneeze coming on, brace myself, cross my legs, let fly, and say “oh shit.” I used to just sneeze.

The first time you pee a little when you sneeze, it’s startling. What happened there? you say. You go into the bathroom to find out, and sure enough, what you thought had happened actually happened. When you’ve gone a good fifty years without accidentally peeing, you sort of take things for granted. Then it happens again. After about a year of this you have to conclude that a new reality is in place. It may not be one you had in mind. You might have thought “some day I will retire, and I will be able to maintain a lovely garden and learn to cook and maybe write a little,” but leaking urine for no reason? Never made the bucket list.

It’s not a lot of pee. It’s just a dot, really, but it’s concerning. You got your pee volume on the y-axis, and your age on the x-axis, this is not a graph you really want to plot. 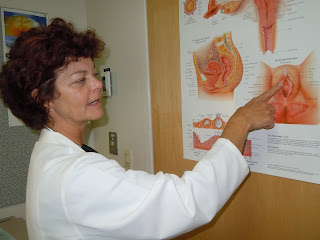 In my case, the culprit was a new subdivision of fibroid tumors in my abdomen. You don’t schedule those, either, but there you go. There’s usually nothing particularly dire about fibroids, but I’m against them. If anything is just going to start growing for no reason, I don’t see why it can’t give me more height or longer fingers. Anyway, a posse of them is sitting on my bladder, according to my doctor, who assures me they are a threat to nothing but my underwear. 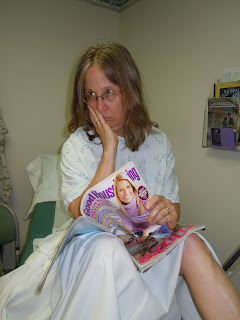 The doctor tells you to start doing Kegel exercises, as though you had just fallen off the turnip truck and hadn’t read a single women’s magazine ever when you just spent a couple hours in the waiting room of a gynecology office. Kegels are easy. You just squeeze the muscle you have used all your life to stop yourself from peeing. Those of us with a major beer habit know it intimately. You squeeze and release it, and then you repeat. A hundred times a day–says my doctor–in sets of ten. You can do it all day long. You can do it without anyone knowing! Ha ha! What a thrill it is to look right at someone and think “you believe I am listening to you, but really I am strengthening my pelvic floor.” If you don’t have a life.

I object on principle. Since I’ve been potty-trained, I never had to do exercises to keep from wetting myself, and I don’t think I should have to start now. Of course, I never used to have to tell my skin to firm up, either. My skin used to hug me like it was in love, and now it just slouches around like the cat’s pajamas. Even the skin on my elbow just yawns and says “if you need me, I’ll be somewhere around here,” without getting real specific about it. I didn’t tell my skin it was off duty. It just decided “to hell with it” on its own. And frankly, I don’t think I have the moral standing to order my skin around. I just lug it around, I’m not the boss.

So that’s what all the internal skin is doing too. It’s been holding up all these years, and then it retires, and says to itself, what do I care if somebody’s underwear gets a little soiled? I don’t care. I’m off duty. That’s someone else’s problem. Oh, and send down some beer.

All right, fine. Now I’m supposed to exercise muscles nobody will ever see. It’s one thing to climb mountains and get quadriceps so mighty you need to floss above your kneecaps. That’s sort of gratifying, plus you aren’t doing it just for drill. You’re seeing mountains. It’s an entirely different matter to go through a bunch of exercises for the distant reward of maybe not soiling yourself in public. Not that that isn’t fervently to be desired–but it does not have immediacy, reward-wise. Kegels advocates tell you that you can do it while you’re parked at a stop light. Waiting in line at a grocery store. Anywhere. And they’re right. 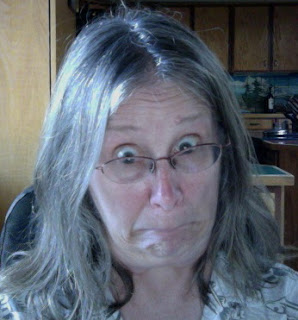 My problem is that after I do about ten Kegels, my entire face starts squinting. I don’t know what relationship my face has with my bladder gasket, but all of a sudden I’m gaping like an insect, mouth slotted down at the corners, eyes bugged out, ears laid back. It’s an awkward look, socially. It worries people. Our bodies probably came with a manual like everything else, but most of us don’t bother consulting it until we start getting the error messages, and I’m no different. So I don’t know for sure, but I’m pretty confident you’re not supposed to be able to blink your whole face with your crotch.

But at least I know how to do them. It’s right there in the women’s magazines. I also know the most flattering swimsuit style for my body type. But no one wants to let me in the pool.