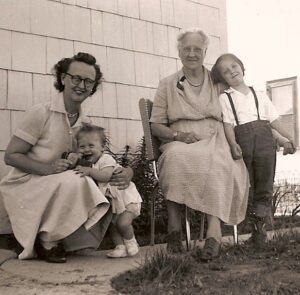 I tended to pay attention to Mom when she was baking because there would be beaters to lick or yeast cakes to sniff. When she was making dinner I left her unsupervised. Then as now, the important thing was to have dinner magically appear before me and I didn’t sweat the details. But I do remember the time I walked into the kitchen to find her wrist deep in a chicken and you would not believe what she pulled out of it. Things God left inside the chicken on purpose.

The guck that came out of the bird got fried up and fed to my father who apparently liked that sort of thing, except for high holy days when it snuck into the stuffing, well-camouflaged. It was years before anyone let me in on that secret.

Anyway, she seemed amused by my horror. “This is nothing,” she said, pivoting toward me with a fistful of slimy purple lumps in what I saw as a threatening manner. “At least I don’t have to pluck the chicken anymore.” 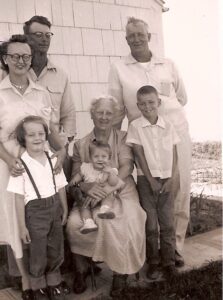 Well that was a revelation. I renewed my complete lack of interest in cooking and worked up a life plan: to be as entertaining as possible so as to attract people who would cook for me. It’s worked great.

I’m certain Mom felt it the height of modernity to be able to buy a whole chicken that required no chasing and came headless and plucked. By the time I started paying more attention to what the people who cooked for me were doing in the kitchen, God had improved things by creating chickens whose guts grew inside in a neat little bag. That made them easier to throw away. For certain, they aren’t for eating. All that stuff was just to run the chicken with, and you really don’t need it anymore once the bird is no longer operable.

I’m not sure if you can get chickens like that anymore. These days chickens come in handy little fried nuggets rolled from ground-up paste originally scraped from factory chickens, which, don’t worry, are not real chickens, but juiced-up meat spheres on feet. They live wonderfully social lives in very close proximity to thousands of other meat spheres on feet. The ones not destined for nuggethood are swaddled in plastic and styrofoam and come all ready to cook—for the truly adventurous modern—or appear diced and ready to eat at your local deli or taco stand. It’s a slick system. 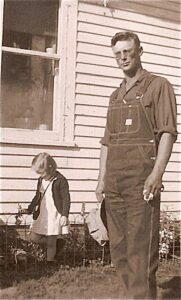 There are scolds out there who decry this sort of thing and refuse to ingest any such item on the grounds that chickens should not be tortured for our palates, but by the time said chicken has had its beak clipped off and antibiotics injected in it and been jammed into a little cage, it’s not really a proper chicken anymore. Now Grandma’s chickens were the real deal. They lived wonderful long lives wandering around the farm pecking at bugs and stuff and chitty-chatting with the other chickens and just before they might conceivably get old enough to develop existential dread Uncle Cliff would stroll up behind them and chop their heads off. We should all be so blessed. True, they did continue whacketing around the airspace headless for what struck me as a good long while but I believe I was the only one suffering at that point. They were happy, fulfilled, and delicious. That’s what counts.

That, and that Grandma did all the plucking.