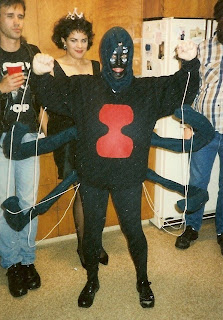 Hands down, the Halloween costume I loved best was the leopard outfit from fourth grade. And I would remember that costume even if I hadn’t peed in it on the way home from the parade. It was a spotted beauty, an all-in-one triumph of plush that zipped up the back, with a separate slip-on head. There was no wire in the tail and no plastic on the face, so all the animation and glee emanated unfiltered from its occupant. I didn’t wet myself again until after I was old enough to drink beer.

For the parade, we all marched around the blacktop at John Marshall Elementary, witches and ghosts and fuzzy leopards in Buster Brown shoes. There were prizes, and I was confident I’d be a contender. But, to my horror, the first place went to Cynthia, frothy in pink and white tulle, blond curls bobbing from her recent Toni, a fairy princess with a tiara and wand. Why would anyone, I whined, want to look all foofy like that, if they could have leopard fur instead? Why should that win the prize? It was a startlingly apt foreshadowing of adolescence, which I didn’t understand either.

Sadly, I outgrew the leopard suit, and there followed several years of Hobo attire, a costume based on what we had (stick, bandanna, tin cups) and what we lacked (money). My sister Bobbie took me out trick-or-treating and we used pillowcases for the booty, which at least allowed us to outscore the princesses holding out their tiny plastic pumpkins. 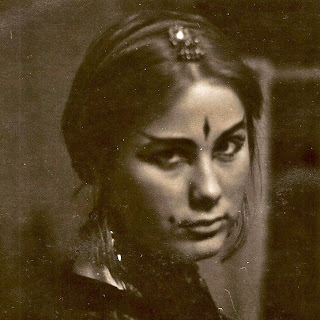 As teenagers, we didn’t dress up, but Halloween parties started up again in college. I took a page from the hobo handbook by using what I had (vats of eye makeup) and what I lacked (modesty and parental supervision). Gypsy, Mata Hari, Exotic, all were variations on an age-old theme. Eventually my need for this sort of attention waned and I was able to get more creative again.

As an earnest hippie mama in my first apartment, I prepared for trick-or-treat duty from the grownup side of the door. I filled a bowl with polished apples to distribute to a grateful public and waited for my first customer. She was a frothy white angel and she stood before me, three feet tall, feathery wings spread wide, holding out her bag and smiling like a pageant queen. I made suitable admiring comments and dropped a shiny apple into her bag, whereupon she peered inside, looked up and said–batting her eyelashes beneath her halo–“You broke my fucking cookies!” Apples have never been a good idea.

My first Halloween in this house, I was much better equipped to greet trick-or-treaters, and with a large bowl of candy bars in hand, I answered the bell to behold a truly frightening sight. A single child in a cheap plastic mask slouched at the door, backed up by his entire family from older siblings to aunts and uncles and grandparents, none over the age of thirty and all holding out king-size pillowcases like threats. I fed the gaping maws like a finch provisioning a nest of condors, and then the last one gave the pillowcase one more shake, curtly requesting “some for the baby at home.” A vision came of the baby, left behind to hold down the for 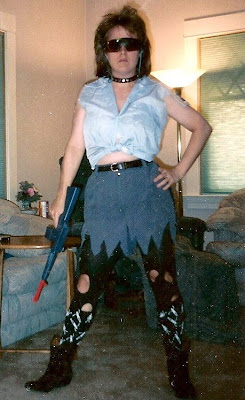 t with the TV, a carton of cigarettes and a sippy-flask. I looked down the street and saw similar hordes on the horizon. Within a half hour I was in a state of panic and searching the pantry for more goods to feed the bag man. I called the neighbors for reinforcements, found them in the same boat and sent emissaries to the grocery store, which was down to crackers and Jujubes.

The next year we laid in an enormous cache of candy bars, distributed them to the fourteen adorable children who came up to the porch, and had several hundred pieces left over. So that worked out.

On those occasions we were invited to parties as adults, we did our best to dress up. My Black Widow Spider was spooky enough. But nothing sent people screaming in terror down the highway like my greatest inspiration: Postal Worker. Behold, and try not to wet yourself.