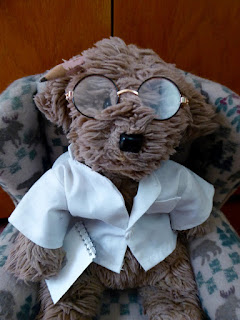 Here you go, straight from Conspiracy Central: thirty loaded questions about the pandemic that “people should be asking themselves,” most of them heavily implying something sinister is afoot, something we need to get to the bottom of. I admit it: I read all thirty. I’m not making these up. And the reason I’m not asking myself these questions is I already know the answers. So obviously I’m just the person to clear up this crap before it goes coronaviral. Ready?

4. Why should you stay inside but yet heat and sunlight kill the virus? You, in particular, should stay inside so you can read up on how things work. But no one is telling anyone to stay inside. Get on out there, Petunia! Get some fresh air! Sunlight plus time is a disinfectant, so you can leave a plastic bin, for instance, outside for a few days and there shouldn’t be any virus on it. If you leave your personal self outside for a few days and stay real still and don’t move and don’t touch any orifices, yours or a friend’s, probably people could lay a finger right on you and not get a virus. Try not to breathe on them though.

5. Why can’t kids (who are not at high risk) play on an outdoor playground, where sun kills this virus? Okay. Sure! Let the little buggers play on the playground! Kids are famous for not touching each other or bunching up or getting each other smeary or leaking fluids out of their orifices, so everything should be just fine, as long as one of them hasn’t acquired the virus somewhere else! They wouldn’t, like, share the playground equipment, would they? Or laugh, or talk, or shriek, or snot on things? Then they’re good to go. Oh, that high risk bit? Your kids can get real sick too, but you’re right, it’s mainly Grandma we’re protecting by trying to contain this thing. Although another way to go might be to have the oldsters laminated and park them in the basement. Send down a bucket of creamed peas and a fruit cup every few days.

8. Why the fear, when this virus has less than a 1% death rate? This virus is so new and so little data have been gathered that no one really knows the mortality rate yet, although it’s generally pegged at over 1%. I guess we can only speak for ourselves on this one. The death rate for people in my age group is more like 4-11%, and it’s not a nice death, and you get to die alone. I don’t want it. Also, if my chances of getting killed in a car were one in a hundred trips, I wouldn’t get in a car. You go ahead on, though, you tiger, you!

9. Why are areas like Chicago and New York gearing up for mass vaccination? Because they’re smart and well-run.

11. Doesn’t shelter in home mean there is a whole population of people not staying home so we can? Excellent question. Yes.

12. Why are they dividing us? Another good question. Wait. Who are you calling “they?”

13. How do people not know that we are a Republic, not a democracy? Huh. A little off-topic, there. I’m going with “nobody learns anything in school anymore,” because as an Oldster I certainly know that we are a republic, meaning we elect our own representatives to legislate, rather than just everybody voting on every little thing all the time and seeing what shakes out. We are also a democracy, in that we democratically elect our representatives. I’m going out on a limb here, but something about your question makes me suspect you don’t know any of this, but think this has something to do with our two major parties?

14. Where has the flu gone? Oo! Oo! I know this one. Bill Gates had the flu shipped out for the warmer months per his usual schedule and will have it re-installed next October, just in time to terrify people into accepting his vaccines, through which he intends to microchip everyone in the world, and then do, well, I don’t know what. Something sneaky.

15. Why do the homeless consistently demonstrate the lowest infection rate? They don’t. Jesus.

17. Why are they telling us to mask up after two months of lockdown? Really? Uh, because we still have no cure or vaccine for a dangerous and highly infectious disease. I’m not sure you’re paying attention.

21. Why are the common people being controlled by government and no one is controlling the government? Hey, I’ve got one for you. What the hell is wrong with you? 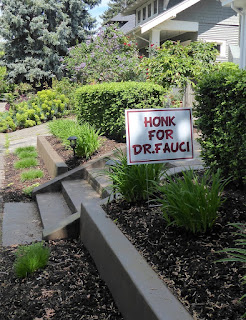 23. Why are some doctors speaking out and then getting silenced? You mean Dr. Fauci?

25. What does a computer geek have to do with a pandemic and why does he want 7 billion coronavirus vaccines? He’s a humanitarian.

28. Why did Dr. Fauci say in 2017 that there would be a “SURPRISE PANDEMIC” and then runs the pandemic team? Same answer, both clauses: because he is an expert on pandemics.

29. Why are they infringing on Christians [sic] freedoms? Whuh? Who? They who? Calm down.

And just for fun, let’s go back to #3, which we skipped earlier.

3. Why can’t you have an elective surgery, but you can have an abortion which is elective? Elective surgeries are those that are either unnecessary (like cosmetic surgery) or that can be reasonably postponed. Abortions, whether medically necessary or legally requested, cannot be reasonably postponed. This question doesn’t seem to have much to do with our pandemic response. It feels more like a sniper shot from the Pro-Life movement, herein defined as a group advocating for the right to life for humans from blob till birth, and for a while after that, with exceptions for capital punishment, war, famine, black people running around blackly where they don’t belong, and of course people over 65 during a dangerous pandemic.