This Business Of Ferrets 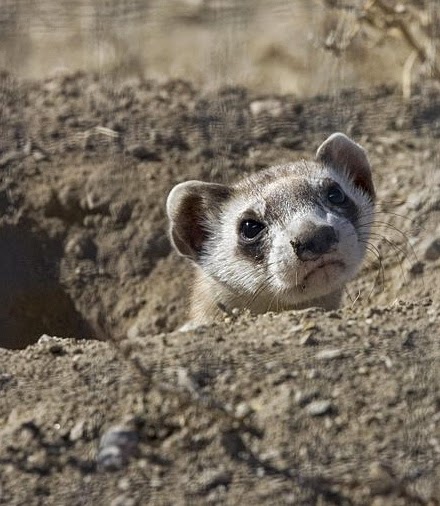 Apparently, there’s an underground network of ferrets in New York City. Which seems odd. Prairie dogs, I could understand.

The ferrets are illegals, and hide out in untold numbers in apartments all over the city, awaiting amnesty. The mayor has proposed lifting the citywide ban on ferrets, which delights ferret fanciers but has some residents worried about a mass weaseling. Ferret owners bristle at the notion that their pets are weasels, even though they are. Their fancy name is Mustela putorius, meaning stinky weasel. They’re definitely not rodents. They have some things in common with rodents, just as we do, but they’re way more tubular. In fact a good ferret can be stretched out to nearly five feet and only an inch in diameter, but only if you aren’t going to use it for anything afterwards.

You can’t always take everything a ferret fancier says to the bank and cash it. Some of them like to claim that the ancient Egyptians were the first to domesticate the ferret, but that’s because the Egyptians had a lot of cachet, and ferret people like to imagine their furry friends posing sidewise against a backdrop of pyramids and gold; and the fact that there are no ferrets, drawings of ferrets, or remains of ferrets in the whole geographical region just makes them all the more mysterious. Nevertheless, ferrets are domesticated and have been for thousands of years. In most places, they were used for–sshhh!–hunting wabbits. I’m not sure how it worked without a retractable leash. Way back in 1390, in England, there was even a law prohibiting people from wabbiting with a ferret unless they owned a substantial amount of land. If you owned a lot of land, of course, you could do anything you wanted. 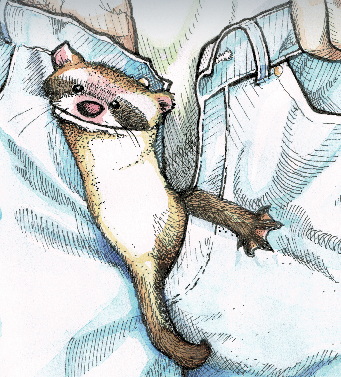 New York City prohibits the owning of a number of different kinds of animals, including rhinoceroses because of the stomping issue, and ferrets because of the biting–same reason dogs and cats are illegal in every state. But there’s hope. A group of ferrets is called a “business.” Perhaps with the new Republican wave, ferret fanciers can anticipate a nationwide deregulation.