This Is Not Just Right 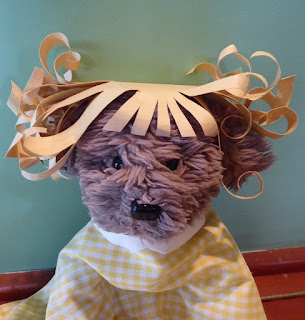 Everyone remembers Goldilocks. Everyone’s familiar with the story of the little girl who wants things just right. Not too hot, not too cold. But if you ask the next ten people how that story ends–and I did–they’ll look all squinty and perplexed. I didn’t remember how it ends either.

That’s because it just sort of peters out.

Which is fine and dandy for a modern story. Modern stories are always building toward some kind of climax and then someone finally dies in a manner described as “slipping away” and then the next day someone else has breakfast and hitches up his pants and says “Mornin'” to the lady down the way and the sun climbs in the sky and there’s a little dust cloud in the distance. Every time I finish a modern story I keep turning pages after it’s all over, looking for that gratifying last line. Instead it dwindles straight into the acknowledgments. I rarely feel as though everything has been tidied up. I guess it’s supposed to be like life.

So what actually happens is the bears come home and they’re all upset and baby bear discovers the little girl in his bed and she climbs out the window and runs away and that’s that. This is a stupid ending.

Where did this story go wrong? Anyone can learn how to write a story on the internet. You have to have a story arc for a proper story, with moments of growing tension, particularly arising from the conflict between the protagonist’s deepest desires and something that stands in her way. The development should build toward a satisfying climax, after which there can be a “denouement,” which is a sweet little literary curly-tail at the butt end of the massive sow that is the main story. 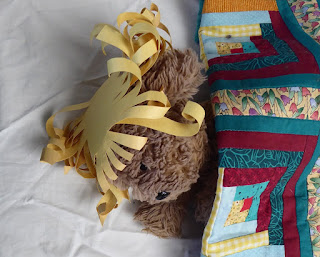 It starts out fine. There’s all kinds of tension built in. The cabin is unoccupied. Where are the bears? Could they be coming back any moment? Are they likely to find Goldilocks to be promising soup material? They’re in the woods, yes they could, and yes they might! But she stays. She lingers. There is a rhythm to her discoveries: three chances each at three items. The reader can supply the trajectory. She never finds the perfect bowl of porridge first, or the perfect chair. She is dawdling, and time is not on her side. The reader can sense trouble ahead, especially because Goldilocks apparently can’t. And how can she get in even more trouble? Why, she can get sleepy. She can be even more vulnerable, sound asleep in someone else’s bed. Something perfectly awful is going to happen.

This doesn’t even make it as a morality tale. The Goldilocks character is well developed, all right. She wants what she wants when she wants it, and she doesn’t care who she has to step on to get it. It’s all rightfully hers. She doesn’t even consider that she is trespassing, or stealing; she assumes things should go her way; she’s so comfortable in her skin that she falls sound asleep in someone else’s bed in someone else’s house, like she’s Charlie Sheen or somebody. She is the embodiment of white privilege, and in a truly satisfying climax, she would be diced up and dropped in the porridge. But no. Nobody learns anything. She scampers away unscathed. Just like real life.

In the original story, the three bears were all males. The intruder was a hideous gray-haired old woman who was cast out by her own family. They found her disgusting, as well they ought, because she was neither young nor attractive. Clearly there was no justification for her existence, and she needed to be punished. So she was. She was discovered by the bears and condemned to sit on a church steeple until impaled. Now there’s your climax. Whether it’s satisfying or not probably depends on the individual reader and his relationship with his mother, his church, and his dark side. But at least you know when it’s over.