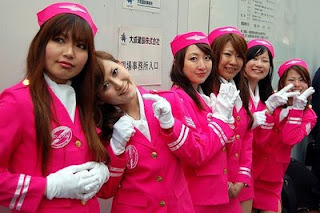 Nippon Airways has announced a new program of encouraging their passengers to use the toilet before boarding aircraft. This simple step was calculated to save enough weight and fuel to reduce the airline’s carbon emissions. (An uptick in methane gas production was not factored in, so it may be a wash for the climate as a whole.) So far the program is voluntary, but I think they’ll get a lot of cooperation. The Japanese have been jammed in together for so long that they have developed an admirable sense of community. We’re way more lone-ranger here in America and I suspect such a request would cause considerable strain. Nobody tells us what to do.

The only viable approach an American airline could take would be to appeal to our competitive nature. They could set it up like a tournament, double-elimination of course; maybe offer t-shirts to the winners (“I lost weight–Ask me how!”). I know I’d never be in the running because I don’t perform well under pressure. There I’d be, worrying not only that I packed too much shit, but that my shit was too packed.

My suspicions about the obstinacy of Americans were confirmed when I went on line to read about the airline’s new policy, and found the article followed by a thread of startlingly angry comments. These were all courtesy of the global-warming denial set, who suffer from a condition that appears on the same chromosome as poor grammar and incivility. It’s hard for me to imagine getting that worked up about such a simple, straightforward request, but this was a crew all ready to hit the town halls yelling “Hell, no, we won’t go.” I don’t know what you can say about a group that regards constipation as a thoughtful response to the threat of Climate Change Scolding. Almost anything passes as a movement these days, I guess. Well, they’re welcome to it. They may not be backed up by science, but at least they’re backed up.

My only issue w 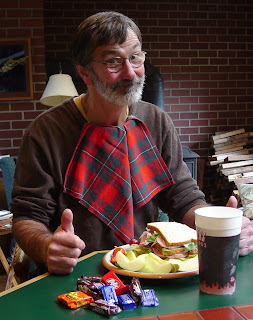 ith all of this is that it legitimizes an activity around this house that I had been trying to ignore for some time. Dave has such an enthusiastic metabolism that he likes to monitor it. When he’s feeling especially productive, he likes to weigh himself before and after taking a dump. I tend to be dismissive about this little hobby but that’s because I, personally, unlike some people I know, have never bounded out of the bathroom (with a new spring in my step) and announced that I just lost seven pounds in three minutes. And if I had, I would have gained it all back by somehow coming into contact with a vapor of potato chip molecules. Those of us who are put together like an ancient stone-age fertility fetish have missed our glory time by several thousands of years, and we can be cranky about it. 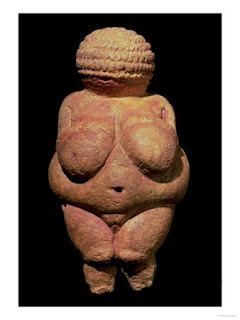 The only way I can see this working out for me is at the doctor’s office, where I am already in the habit of subtracting a certain number of pounds from what their scale says based on a universal standard (one pound per clothing item, including underwear, and two pounds per shoe). Now, inspired by Nippon Airways, I can also knock off several pounds for Digested Items In Progress. It doesn’t really make sense that I’d prefer to think I was 138 pounds and full of shit, rather than 143, but I do. I’ll be needing an aisle seat, please.