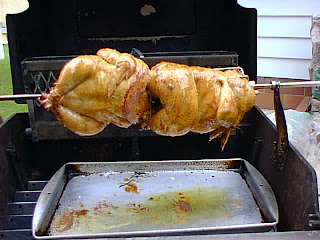 A local woman is suing a tanning salon for allowing her naked body to be seen by passersby on the sidewalk. In its defense, the salon points out that there is a teeny little sign in the room indicating she might want to lower the blinds. The woman stated that she naturally assumed, when she walked into the room and began to take off her clothes, that the large plate-glass window to the sidewalk was one-way glass. One would think she would have been tipped off by the bleachers set up street-side and the popcorn concession. Also the area set aside for the biology class field trip, where they hoped to observe the leatherization process.

These should have been red flags for the tanner, but we are dealing with someone who is willing to pay thirteen bucks a session to get a nice even start to the cancer season.

Lots of time and money is spent to remodel skin tones in this country. Michael Jackson may have spent the most, when he came down with a particularly virulent form of mythical impetigo and had no recourse but to try to get the patches to coalesce. He and the tanners have in common an urge to acquire an even skin tone, whatever the cost, as long as it isn’t the original even skin tone.

I suppose I could do it too, but I don’t like to part with cash for items not related to food and alcohol. If I did want an even skin tone, it would be difficult to choose which of the dozens of colors already in evidence on my body to go with. As it is, the best I can do is take an average. 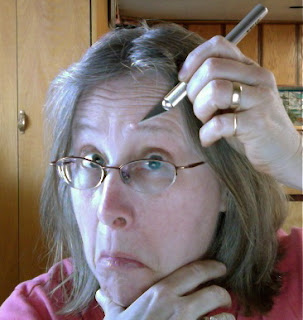 Some of the spots need looking at. I developed an odd bump on my arm that stuck around long enough for me to make an appointment with my dermatologist. He was two months out, of course, and the bump had finally disappeared by the time the appointment rolled around, but I kept it anyway, because I believe it cheers up my dermatologist to stare at my skin. Then he gets out his freeze spray and kills portions of it more or less at random. I always try to get him to remove the mole on my eyebrow but he won’t do it, even when I tell him it’s getting bigger. The first time I said that, he put dots around it with a Sharpie and took a Polaroid of it so as to be able to get a baseline measurement of my veracity. He did not remove the ink, or remind me to, and I went around the rest of the day with bright punctuation around my mole in case anyone missed it. Dermatologists get a huge kick out of themselves. This last time I reported it had gotten so large that you could see the movement of the elbows of the alien life-form it contained, but he still put it down as a cosmetic procedure, not covered by insurance. My mole was so delighted by this that it petitioned the city for basic infrastructure and drew up plans for expansion. My dermatologist is correct; I have had this mole all my life, but I know it didn’t used to cast a shadow.

Other things change too. In the last ten years various segments of my body have decided, all on their own, to change color and texture, and you’ve got to admire that kind of initiative. In fact, I’m festooned with dots and lesions. I’ve got perfect camouflage for hiding naked in a vat of Skittles, should the need arise. I know they make pots of face spackle in any shade I might desire, but I don’t plan to invest in any. My plan is to just stick with what I’ve got and then sue people for staring.