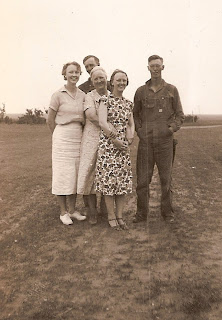 When I was the age I should have been reading about spunky girl detectives or Victorian maids, my dad brought home a copy of Njal’s Saga, finally in paperback after a thousand years in vellum. Njal’s was one of several Norse sagas originating in tenth-century Iceland, and I devoured it. I’m not sure why. I might have been trying to locate some sign of gusto in my heritage. I’d already preferred to think of my own origins as leaning to the Norwegian side, although it was not a spicy bunch, my maternal relatives pale and mild-mannered and modest to a fault. I discounted the contribution from my dour Puritan forebears who were brought into the gene pool to introduce blotchiness. But I simply had nothing in the way of ethnicity. Norwegians have ethnicity in the same way dust bunnies have personality: they might, but nobody cares. As a people, they could use some horseradish. I wanted zest and mettle. I wanted brio. I wanted family that would laugh haw-haw-haw right there at the dinner table. 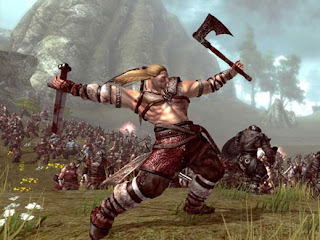 Njal and his friends delivered. The saga gallops along in bite-sized chapters, each one introducing a character without fanfare and killing him spectacularly. Wonderful characters: Ulf the Unwashed and Brynjolf the Unruly. These were people who expressed themselves with a broad-axe. They did not shrivel and die; they were cloven down the middle, landing east and west at once. The more gifted ones lasted a few chapters but that was all; the biggest heroes took down dozens first, single-handedly, lopping off limbs and heads until finally succumbing in a picturesque way astride a mountain of severed body parts. For instance, they could be ripped open and have their intestines nailed to a tree and be marched around it until they ran out of guts. And not only did they march, but they laughed heartily, haw-haw-haw, right up until their diaphragms came loose. An insult to their manhood was all that was required to get the ball rolling, and then vengeance kept it in play for generations. Any one of these men was one tiny-penis joke away from being decapitated. These were plot-driven people; these were people I could be proud of. 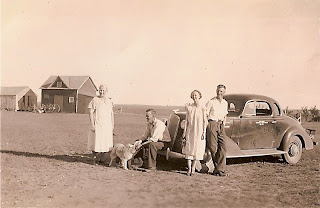 Trouble is, they didn’t resemble my living Norwegian relatives in the least. My relatives were no threat to anyone who wasn’t a standing field of wheat. They landed in a featureless plain and bundled up and they perfected the art of beige cooking, and gosh-darn they were nice. Somewhere in the latter part of the nineteenth century they had gotten weary of strapping themselves and their possessions to a steep fjord, and they traveled to North Dakota, where someone laid a potato down on the ground and it stayed put, and that was good enough for them. It was darn good, in fact.

What had  happened to my spear-wielding precursors, who might try to win a woman’s’ heart by murdering someone for her? It seems to me that it is just possible that they sliced and lopped their violent selves right out of the genetic stew, leaving behind only a handsome bunch with strong character and an inoffensive nature. Could that work today? We have a surplus of world leaders who suffered slights in their youth and were belittled by their fathers or a generic woman until they felt a war coming on. Could the kind of man who would go to war because someone said something bad about his daddy be persuaded to gird up his loins and his genetic material and go one-on-one with an axe till his violent ways are selected out? Sadly, no. And it doesn’t work if he just gets a hundred thousand kids to do the war for him.