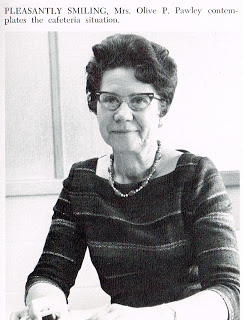 It is not enough to sift uncritically through the available medical advice sludging up the internet. One must weigh sources, review data, note controls or lack of controls, and check for ulterior commercial motives, and only then can you make an informed medical decision for yourself based on what you wanted to believe anyway.

So I was excited to read that bras cause cancer. My own relationship with underwear is fraught with woe and this news confirms my worst suspicions. I only wear a bra these days in order to not attract attention, in pretty much a reversal of my strategy as a younger woman. Supposedly the heat generated by a tight brassiere is conducive to cancer cell growth, and cancer cells appreciate a little shaping and support as much as the next cell. The underwire bra in particular is implicated, which doesn’t surprise me in the least; the underwire is also responsible for unsightly ridging, occasional irregularity, acid rain, and world strife.  But the main reasons I believe this study has scientific merit are (1) I hate bras and (2) it runs counter to the advice of Miss Olive Pawley.

Miss Olive Pawley was the Dean of Girls at Yorktown Senior High School in the sixties. It was a terrible time to be a Dean of Girls. Even a few short years earlier, it had not been considered at all out of line for Mr. Guter, Dean of Boys at Williamsburg Junior High, to deal with the scourge of bangs on boys by butch-waxing the miscreants’ heads into a gloppy pompadour in public. Such a move was not considered a fatal blow to self-esteem in those days; in fact, self-esteem had yet to be invented. But later in the decade, those in charge of maintaining order among the young were stripped of all such tools and weapons. Humiliation and coercion were out. Even the title “Dean of Girls” was soon to be abolished in favor of “Suggestress.” Not only were girls no longer required to kneel and have their skirt hems inspected for proximity to the floor, but the dress code was done away with altogether. Sartorial anarchy reigned. Patched blue jeans and work shirts prevailed, and bras were out. Everything was out, and some of it was in motion. Miss Olive Pawley was appalled by this development which, she was certain, would ultimately tear down civilization as we know it and replace it with a soul-corrupting licentiousness. She was right about that, but not really on solid footing with the bras.

I was not the type to be called into the Dean of Girls’ office, as a rule, but I was summoned there one day so that Miss Pawley could have a go at saving my soul, using the only tools she had left. “I have noticed,” she said, “that you are no longer wearing a brassiere, and I want you to be aware of the medical consequences. Studies have shown that the flopping of one’s breasts against the thoracic cavity causes cancer.”

Which, I knew even then, was ridiculous. Given their location, where else are breasts supposed to flop?

Her real concern, I suspected, was that the flopping of one’s breasts against the thoracic cavity causes erections.

Her information had been unreliable in the past. It was she who warned us that the reason our parents did not want us to drive over the line into the District of Columbia was that it was the scene of a thriving “black market in white women.” I did not and do not know what she meant by that, although it had enough poetic resonance to stick with me to this day. But I knew the real reason our parents didn’t want us driving into D.C. was that we would hit the first liquor store over the line on MacArthur Boulevard where the drinking age was 18 and buy beer by staying in the car and sending in the hairiest boy with the most dependable baritone.

Well, I keep my own counsel. From what I can surmise, sun, bisphenol-A, charred meat, lack of sun, breasts, colons, stress, and bras all cause cancer. Drinking in moderation is beneficial. I’m ditching the bra and doubling down on the beer.