Up Shit Crack Without A Paddle

It’s come to my attention that there is an animal called a pearlfish that thinks it’s the bee’s knees to live inside the anus of a sea cucumber.

I’m not one to disparage someone else’s lifestyle choices, although at first glance this one seems bleak. But it’s a scary world under the sea. That’s why I live so far inland. Watch any video footage of ocean life and it’s clear that a lot of folks down there have to spend all day trying to remain undigested. That nice pebbly portion of the ocean floor suddenly sprouts eyes and a giant maw. Rocks morph into octupi. Half the population is wearing camo. When push comes to shove, you can’t always tell if you’re retreating into a nice little cave or somebody else’s belly. 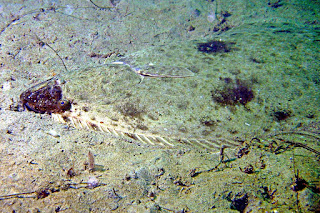 So the pearlfish prefers to emerge from the cucumber’s anus to feed under cover of darkness, when it’s safer, and spend the daylight hours under the cover of–well, let’s call that darkness too.

That’s the pearlfish deal. Find yourself some kind of critter that looks like a table vegetable, locate its butthole–to no one’s surprise, this is done by smell–and invite yourself in. Personally, I wasn’t even aware that there was such a thing as a sea cucumber, or that it might rent out to fishes. If there are sea Brussels Sprouts, they could go condo.

Pearlfish are found inside several other kinds of critters as well, including clams, starfish, and sea squirts. I do not know what a sea squirt is, and frankly, in a discussion about butthole invasions, I’m not motivated to find out. But the pearlfish was so named because one was first noticed stuck inside an oyster. Perhaps there was a sea-cucumber shortage, and the fish noticed something homey about the oyster, and wandered in and looked around for the cable hookup, and got mired in the mother-of-pearl goo. This is going to be a downside of even your better butthole living. There’s always a danger you’re going to get stuck in the crusty bits.

Sea cucumbers don’t really have crusty bits. Their buttholes are the terminus of a combo respiratory and waste system wherein everything whooshes in and out with some regularity, so the pearlfish need only position himself tail-first and slide in on the intake stroke. If he prefers not to go in tail-first, he can station himself at the door and knock a couple of times, and the butthole goes who is it and opens up, and then it’s full speed ahead and start measuring for drapes. (Lest this strike you as primitive, know that you and I are also susceptible to a gentle knocking. Healthy human beings have a reflex response to tactile buttular stimulation, called an “anal wink.” Isn’t that friendly?) Anyhoo, although I’m not in a position to know for certain, I like to imagine the cucumber finds that the fish feel sort of nice, or they’d certainly fart them out of there.

I’d like to imagine that, but I’d be mistaken. There’s not much in this for the poor sea cucumber. Although some pearlfish are quiet tenants, some start eating the sea cucumber’s nuts. It just depends. This explains the back-end-first tactic of cucumber butthole invasion. The cucumber is really not interested in having its gonads chomped on. So when the fish tickles the cucumber with its tail, the anus slams shut. Unfortunately for the cucumber, it breathes through its butt, so before long it’s going to have to open up again. And when it does, the fish is right there and all ready to back in.

Now, the sea cucumber is not without defenses. It produces a powerful toxin that should, by rights, poison any fish setting up an unauthorized camp. However, the pearlfish coats itself with an especially thick layer of mucus. For protection. Also, lube.

None of this sounds ideal from the point of view of the sea cucumber. But that’s the thing about points of view. Every intrusion in a personal orifice is also someone else’s chance to lay low and grab a few winks before heading out for dinner.

Nature abhors a vacuum, which is what Nature has in common with my cat, and if you show it a hole, it’s going to find something to stuff in there. That’s just a fact. There’s no real percentage in trying to fight Nature, but I’m keeping my underpants on just in case.