Virginia Is For Lovers, Depending 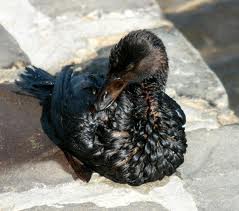 Stuff keeps happening. Exxon had another oopsie oil spill, thankfully in Arkansas, which many of us cannot locate on a map, and just as a precaution the corporation arranged with the FAA to institute a no-fly zone over the site, so as to protect the cleanup crew from bombs and help contain the spread of facts. Unfortunately that means we do not have a good image of the particular damage inflicted. Oil in the waterways and soil is still thought of in some circles as a bad thing. Ideally, that much carbon should be pumped instead into the atmosphere, which is believed, for commercial purposes, to be infinite. Still, in spite of reassurances, I feel bad about the spill; this, and the decapitation of ancient mountains, and the extinction of species, and, really, a whole bunch of things.

That’s why I was thrilled that a prominent politician in my birth state of Virginia (which has been for lovers ever since the late sixties) has come out swinging hard at “crimes against nature.” Ken Cuccinelli is the attorney general and a candidate for governor. He’s a Republican, too, so I was even more delighted that he was championing the environment.

There are still a number of states that have laws on the books concerning the so-called “crimes against nature.” In Louisiana, for instance, the crimes are defined as “the unnatural carnal copulation by a human being with another of the same sex or opposite sex or with an animal.” Interestingly enough, the statutes also explain that anal sex between humans should not be deemed a crime against nature when done under any of the circumstances involving rape. I’m hoping they mean it’s still considered rape, and not that it’s sort of natural. And in Louisiana, in order to be considered a crime, emission is not necessary, just genital contact. However, I think as long as it’s going to be illegal anyway, you might just as well finish.

Mr. Cuccinelli believes the unnaturalness of oral sex is self-evident. He is not, he says, targeting the homosexual population. But he did state that homosexual acts–as opposed to homosexuality–are wrong. As a liberal, I make some of the same kinds of distinctions. I don’t mind if you are an asshole, as long as you don’t do assholey things.

Would you like to save some habitat? Help some wildlife? Advocate for environmental protection? As it happens, I’m participating in the Birdathon again this year, a benefit for the Audubon Society which does all those things, and you can sponsor me by following this link to my pledge page. I wrote a special poem for the occasion, and you can find it there.