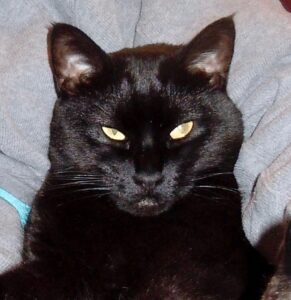 When we had our old dog Boomer, a scrappy and independent-minded terrier mutt, we liked to rev her up at the back door whenever a cat strolled through the yard. Is there a meow-meow? Wanna get the meow-meow? Do ya? Do ya? She would emit a fervent warbling and when it reached maximum RPMs we’d fling the door open and she’d rocket outside toward the cat, barking her fool head off and chasing it out of the yard or up a tree. But sometimes she’d come up against this big old jug-butt cat that didn’t move at all. Just sat there with slitted eyes and utter disdain.

On those occasions Boomer would pull up short a foot away from the cat, leaving a little skid-mark, and slowly move her head around as though what she was looking for was not this cat at all, but something completely different, maybe a loose meatloaf or something, and finally she’d trot away and the cat would recommence cleaning her paws.

I wonder if that’s how the Republicans feel now. Now that their decades-long project to claim and maintain power at all costs, to no good purpose, has finally borne fruit. They’ve been working their abortion angle as an engine of power for so long and it’s done exactly what it was intended to do: solidified a reliable voting base. There may be one or two elected Republicans that actually give a damn about fetuses but the bulk surely do not. Their lies, hypocrisy, and posturing are in plain sight. Their only principle is expediency. So.

So now that they’ve won this big victory, maybe they’ve pulled up short and are starting to look around nervously. They’re surrounded by Democrats, who outnumber them, and they’ve just woken them up.

That’s one thing they could always count on: a lot of Democrats are going to be asleep. We are a drowsy group. Democrats are often neither single-issue nor fear-based voters and once we’ve installed our champions, we’re liable to sit back and imagine things are in good hands. When policy goes our way, we imagine it will stay put, because it is just and good, and we trust other citizens will see it the same way. The righteousness of our positions will be self-evident. People want health care, clean air, abortion (rare). Don’t they?

Yeah. But they don’t all vote.

The flaw in that assumption is that Republican funders don’t have all the money yet, so they’re eager to shlorp your Social Security into that casino they’re running. You know, the Reagan-bloated financial sector, filled with people who never created a thing in their lives except for complex whizbangery like the derivatives market, that leaves them obscenely wealthy and regular people holding the empty bag and whining about gas prices. That casino. 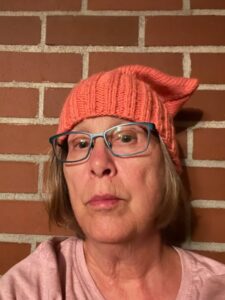 Democrats yawn. They can’t possibly mean it. Can they? It’s a long walk to the polling place. Those local down-ticket races aren’t so important. Must be time for another nap.

The trouble is, the Supreme Court is currently constituted in large part of liars installed by cheaters. They’ve already taken out any roadblocks to partisan gerrymandering or outright voter suppression; they’re setting the table for permanent power and minority rule. Unless Democrats wake up.

See that big bear over there, just stretching and reaching for her pink hat? Wanna poke it? Do ya? Do ya?