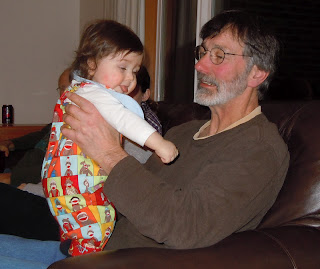 Some charity is getting ready to put on a walkathon, and they’ve strung up banners all over town. “March For Babies,” the banners say, and I say it’s about time. Someone needs to march for babies because they damn sure can’t march for themselves. Even getting one to demonstrate a sense of rhythm is problematic, and herding a squad of them into formation is getting into monkeys-typing-Shakespeare territory. Every time they try to stand up and walk, they roll around and fall on their heinies, teeter-teeter-whump. They’re like little tiny drunkards, with better enunciation. Scatter a group of them in a nursery and it looks like Spring Break in Fort Lauderdale, scaled down.

I’m impressed they even try to do something as daunting as walking upright. They’re already total wizards at scooting along on all fours, but almost to a baby they decide to stand up one day and give it a whirl. They look like goofs and everybody laughs, but they don’t care. I admire that drive to reach for the stars, or the shiny doo-dad on the countertop, in spite of the near certainty of failure and humiliation. It doesn’t take too long for humans to grow up to the point that they’re acutely aware of the opinion of others and they begin to constrain themselves within limits of their own making to avoid mockery. So wired are we to conform to people’s expectations and approval that many of us waste most of our lives not trying anything new, in case we fail. 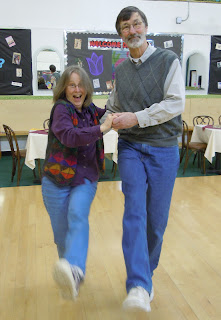 That’s where old age gives us an advantage. Old fartdom confers upon us many of the characteristics we had as infants, and except for the bladder control issues and inability to eke out an entire sentence, this can be very liberating. No one’s looking at us anymore, we’re not likely to attract either attention or a mate, and taken as a whole, it’s an ideal time to begin taking swing dance lessons. Even if we look goofy, everybody gives us points for trying.

East Coast Swing was one of the dances we took a stab at in our Crash Course Ballroom Dancing class last year. That class was so comprehensive that in six short weeks we were able to say with confidence that we had failed in no fewer than seven dances. Swing seemed the most promising of the seven because it was the one that afforded the most physical distance between the leader and the follower. If the follower were going to get stepped on or mauled in any way, she was often able to see it coming in time to take evasive action. Also, the music was the best. Dave and I have long had the problem of hearing Benny Goodman’s “Sing, Sing, Sing” and not be able to do a thing about it except bounce up and down in our seats, which is hard on the bladder. We needed a plan. 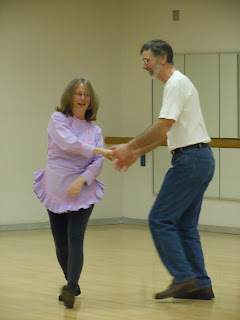 The trick in swing dance is for the leader to be able to convey his intentions to the follower a split second before she commits to a totally different direction. To do this he has to know what his own intentions are. He has to push her out and snap her back, spin her out and reel her in. It’s a little like operating the little paddle with the ping pong ball on a rubber string. Sometimes it goes all out of control. Dave, despite his advanced age, still has rocket reflexes and good hand-eye coordination and is frequently able to retrieve me before I go careening across the floor. It looks just that much more spectacular, I must say. We’ll be home free once we perfect the look of “I meant to do that” in place of the more natural “what the hell are you doing?”

Here’s something a little different. I wouldn’t ordinarily put in a video from our beginning lessons, but you need to see the part where I stop Dave and tell him he’s holding my hands too tightly. And he explains that he can’t help it–he has a sphincter THIS SMALL. Enjoy.