I apologize if my teaser about the whale shit last Saturday left you on the edge of your seat. You should really be centered on the seat. Moving on: 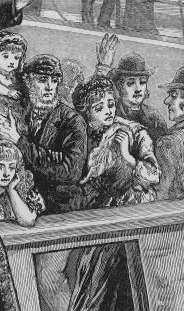 So the first thing I visualized with regard to whale effluent was floaters. Really big floaters, massive seagoing turds. That image led me directly into a rewriting of the story of the Titanic, replacing the sickening, grinding thud of the  iceberg with a gentle splurrrggghh, a minor slowdown through a cloven wad, and a gentle greasy slide into the harbor, where people are waiting on the dock with handkerchiefs pressed delicately to their noses.

The second and more likely image comes from childhood memories of the long string trailing out of the family guppy. It’s a powerful image, blown up to whale size, but it’s a possibility. I’ve dragged some of my shit around for forty years before getting rid of it. And it might explain why whales sometimes leap all the way out of the water. Everyone has trouble snapping one off from time to time.

It turns out I was right about the floaters. Whales feed in the depths of the ocean, but their shit floats, and phytoplankton at the surface are able to scavenge nutrition from it, making it an important marker for the health of the ecosystem. From an ecologist’s point of view, whales are just a large, rubbery device for transporting nitrogen, in the form of whale shit, from the ocean depths to the surface. It’s an odd way of looking at things, but that’s perspective for you. It’s like saying Norwegian diners are a vehicle for transporting whales to the Trondheim sewer system, which is not, ecologically speaking, as useful. 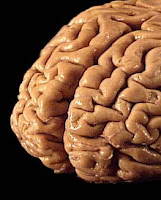 But it’s even better than that. Whales do not produce massive seagoing turds, but something altogether more wonderful, from the perspective of a word lover. They produce a flocculent plume. That comes from the Latin for a feathery mass with the consistency of a tuft of wool. I thought I was happy before, but knowing that there are flocculent plumes of whale poop floating on the ocean has enriched my life. So has learning that the word “flocculus” also refers to either of two small round lobes on the lower posterior border of the cerebellum. This is also where we get the concept “asshat.”

We word lovers can take great trips without ever leaving the dictionary, and we come back with crushes and flirtations of our own. I have been trying to work the word “snarge” into a blog post for a year, without offending the sensibilities of my birding friends. Now I have finally done it, and I owe it all to the flocculent plumes that will float forever on the surface of my cerebellum. 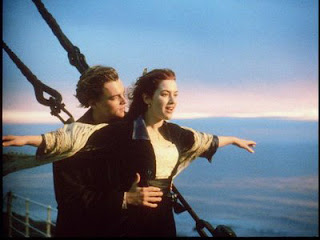 And the fearless Titanic ship captain of my imagination can now spy a pod of whales grunting in the distance and get the word out via the musicians in the band. “Hang onto the rails,” he might advise, “we’re going to be running into a little flocculence ahead.” I’m betting this will get that crazy dame off the bow, too.