What Does It Take To Urn Your Love

There are some rare subsets of humanity out there, such as people 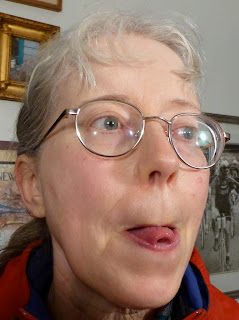 with AB-negative blood, people who can roll their tongues upside down, and necrophiliacs, but even in these select groups, Kristina Ehrenborg-Staffas is something of an oddity. She is the Swedish woman who was recently charged with “violating the peace of the deceased,” which, if you ask me, is over-delicate. It wasn’t the peace she violated. More the deceased themselves.

Broadly defined, necrophilia refers to the practice of sexual gratification with those who are well past the age of consent. If memory serves, this is not the first time I have mentioned it in this space, and I’m sorry to resurrect the subject, but it will not stay down. Am I especially drawn to these stories? Of corpse not. Hey: some people think Paul Ryan is sexy. I’m not here to judge.

Motivation runs the gamut. Some people do not like to talk during sex. Some people really don’t. Modern psychologists have identified ten varieties of necrophilia, but in the most common variety, the draw is that the object of desire doesn’t go away. One assumes that the practitioner usually has a problem with that.

Whatever the incentive, the practice has probably been around as long as people have. Officials in ancient Egypt took the precaution of letting the prettier dead women ripen for three or four days before handing them off to the embalmers, who were known to be a randy bunch. In other societies, it was thought noble to have sex with the corpses of virgins–a matter of solemn duty. Because their souls would never find peace otherwise. It was doing them a favor. Here we have an example of starting with a conclusion (“I would like to have sex with a virgin”) and then cooking up a justification. That’s another enduring human practice. Even today, people start with the conclusion (“I love money”) and work backwards until they have the rationale (“trickle-down theory”). The parallels with screwing the innocent are remarkable. 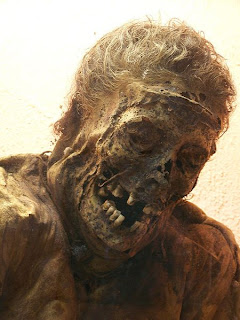 But in general, most people do look askance at the practice, which is reviled across most religions. “Thou shalt not have sex with dead people” is pretty much the missionary position. Even individuals with no religious affiliation usually believe that necrophiliacs come to a bad end.

So that’s why Sweden, an otherwise tolerant nation, has Ms. Ehrenborg-Staffas in custody. What makes her stand out, even among necrophiliacs, is that in her case the phrase “jumping someone’s bones” is not as metaphorical as we’d like it to be. When it comes to sex, normal people might reasonably disagree on whether it’s the meat or the motion. For your standard necrophiliac, it is definitely not the motion. For Ms. E-S, it isn’t even the meat. The object of her affections is a collection of skeletons, including five skulls and an entire spine. Many people are drawn to deep-set eyes and strong cheekbones, but still. It is suspected she arranged her bone collection in sexual situations. She had enough material in her possession to mount a plausible tableau with a UPS man and a pair of pool boys.

I have observed before that although I am fine with venerating the dead, I’m not that particular about venerating their remains. You all can make tomato cages out of mine if you want, because I will be through with them. And yet I do find this woman’s collection a little disturbing.  I’ve searched my mind for places a person might score a human skeleton, and none of the possibilities is real appealing. And she has a whole set. What’s next?

If there’s anyone out there looking for a good piece of ash, I don’t want to know about it.